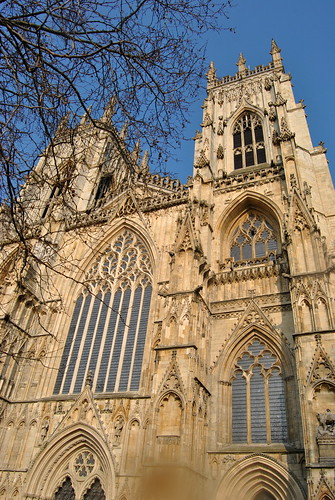 Today’s travelpost is about one of England’s oldest cities… York. When we were in the Peak District nearly 2 years ago, we decided to go to York for one day. It was quite a long ride, but we really wanted to visit this ancient city. We left early in the morning and we drove to a park and ride in the south of the city. We took a bus, which dropped us off in the city centre.

York isn’t very big. It is a historic walled city which was founded in 71 AD and it once was the capital of the Roman province Britannia Inferior. In the Middle Ages the wool trading industry was an important source of income and in the 19th century it had many railway-related industries. The city has always been important in politics, religion and education too and therefore offers many historic attractions.

We decided to visit the York Castle Museum in the morning and in the afternoon we would stroll around a bit and enjoy the atmosphere of this lovely town in the North of England.

“The York Castle Museum was founded by Dr John Kirk, a doctor from Pickering, North Yorkshire, and houses his extraordinary collection of social history, reflecting everyday life in the county.

One of its renowned displays is the reconstructed street, Kirkgate, that has been hugely influential in museum displays worldwide. The York Castle Museum is housed in a former debtors’ prison and an adjoining former women’s prison, both of which are Grade I listed. The museum’s name comes from the fact it stands on the site of the former York Castle.” (source: http://www.yorkcastlemuseum.org.uk/) 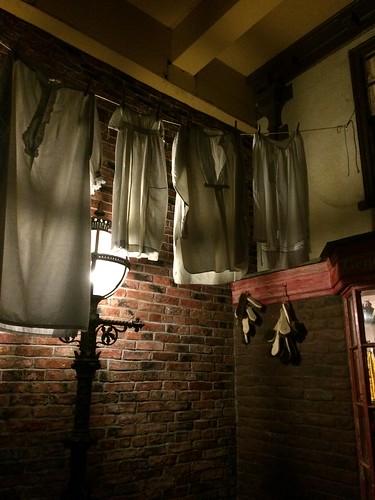 We certainly enjoyed our time in the museum, especially the reconstructed street and the many displays of livingrooms throughout the 19th and 20th century.

We also liked the exhibition of toys! We certainly recognized a thing or two from the seventies and eighties and it brought back some nostalgic memories 🙂

Part of the museum is dedicated to the sixties and I think my parents would love to have seen this bit. Our trip in the museum ended in the museum shop of course!

Besides a couple of permanent expositions, there are always temporary expositions as well. Check out the museum website to see what’s on!

Our walk through York

After our dose of culture, it was time for lunch. I had made a reservation in an Italian restaurant and although it was only the beginning of April, we could enjoy our lunch outdoors as it was such a lovely day.

After lunch, we strolled around the city, admiring the many historic buildings, York Cathedral being one of them. We didn’t go inside, but admired this fabulous piece of architecture from the outside. 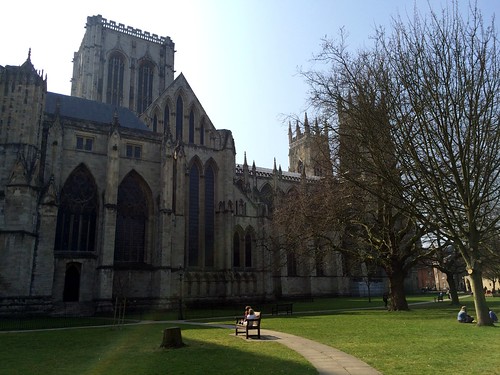 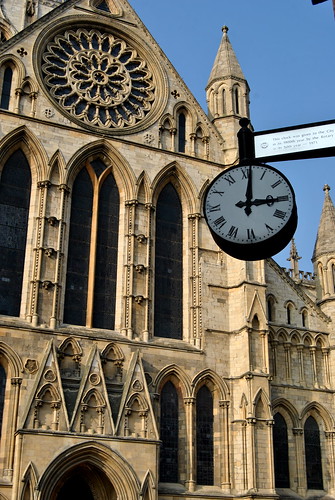 This cathedral is commonly known as York Minster. A minster is a church established in the Anglo-Saxon period which would serve as a missionary teaching church. York Minster is the second largest gothic cathedral of Northern Europe. Construction of the present building started in the 14th century.

We also passed ‘The Shambles’, an old street with overhanging timber-framed buildings, some of them date back as far as the 14th century! 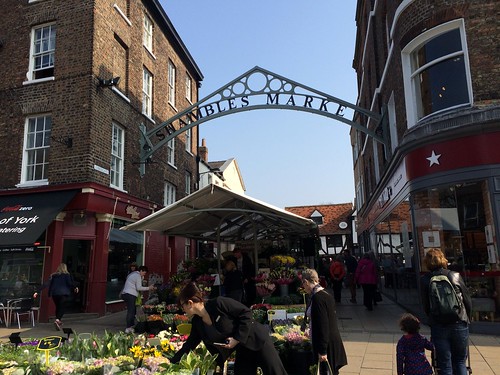 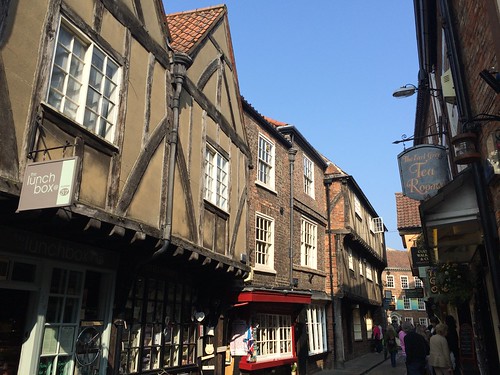 We certainly enjoyed our time in York and as the sun was starting to set, we headed back to our holiday home.

Have you ever been to York?

Here you can read a travelpost about Tissington, a charming, little village in the Peak District we also visited during that same holiday. 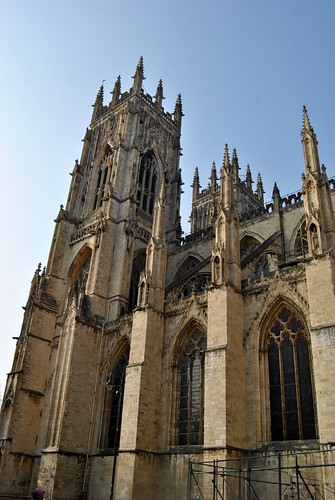 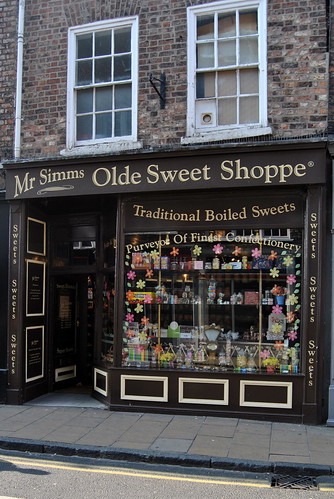 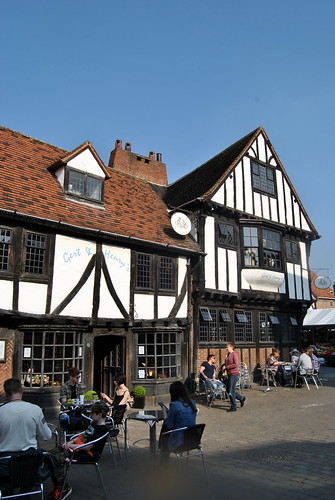 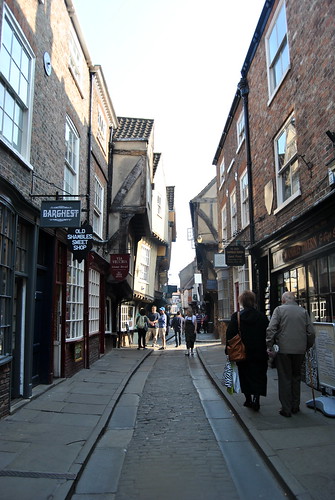 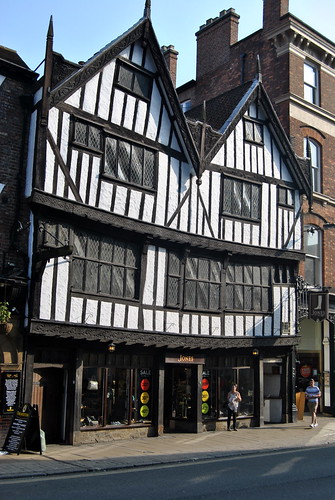 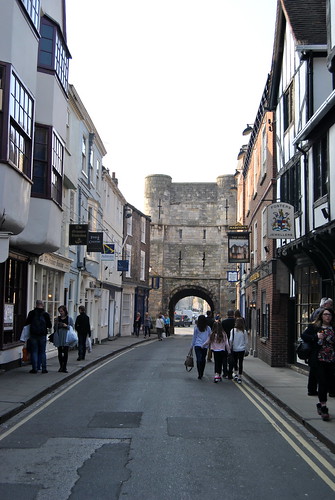 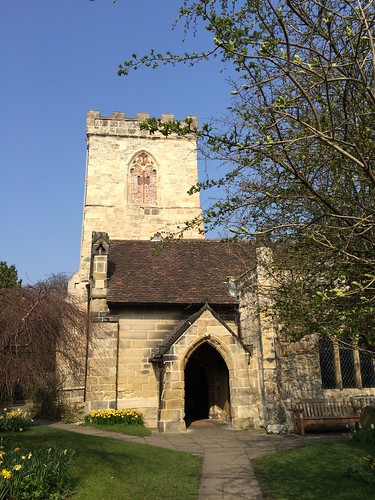 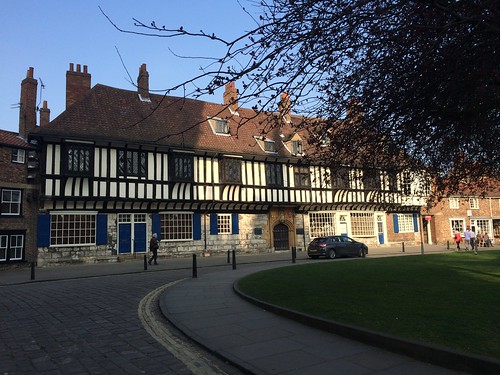 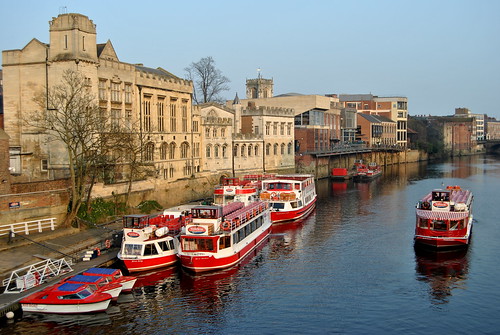 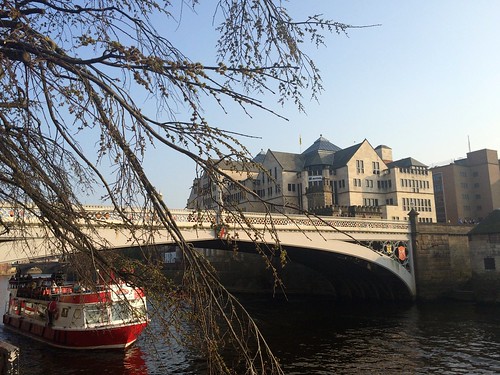 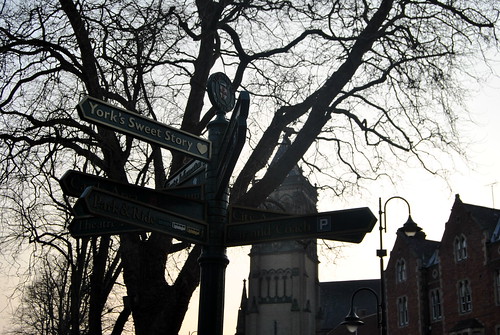 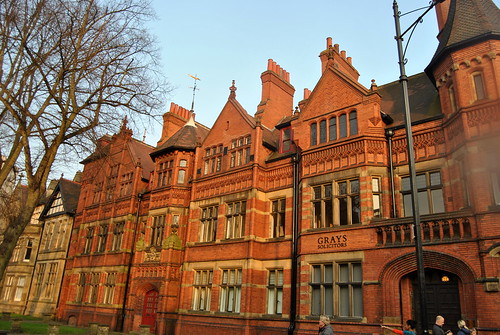 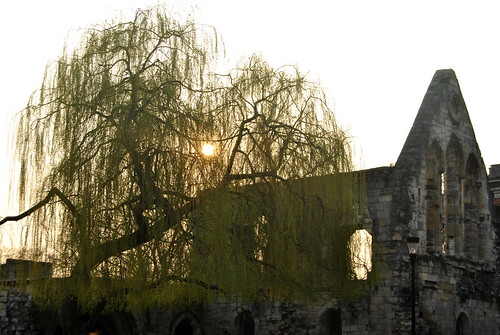 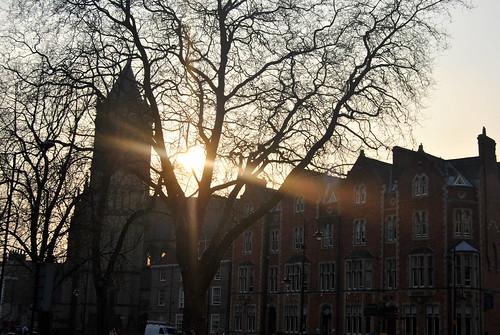 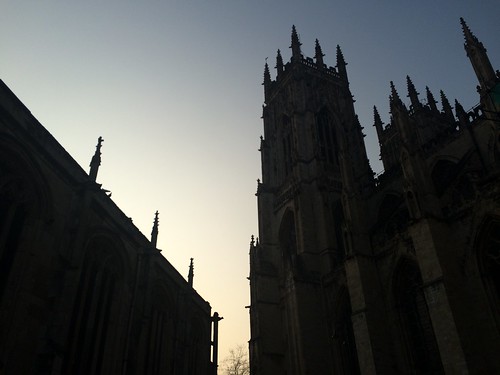