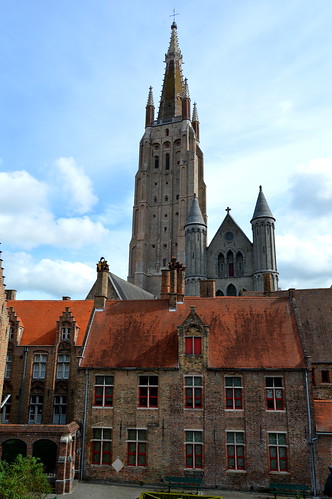 Last week I went to Bruges with my youngest daughter Elizabeth. Besides strolling around this beautiful medieval city and eating the best pizza ever (of which I will tell you more next week) we also visited the Picasso and Miró exposition in the Xpo Center Bruges.

1.About the Xpo Center 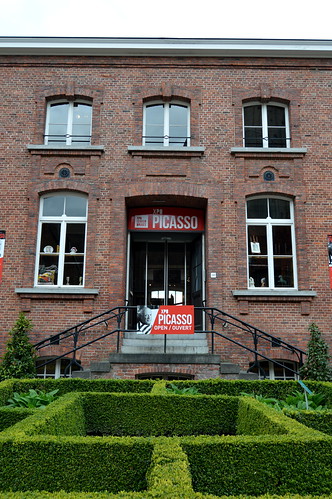 The Xpo Center in Bruges is situated in the former Sint-Jan Hospital (St.John’s). This is one of the most impressive heritage sites in Bruges and consists of several historical halls and more intimate rooms. It offers a variety of exhibitions about art, culture, science, etc.

Besides all the art and culture, you can also enjoy a fine meal and a marvelous view over the city. Even if you don’t visit an exhibition, it’s worth your while visiting this site!

The Picasso and Miró expositions are permanent. 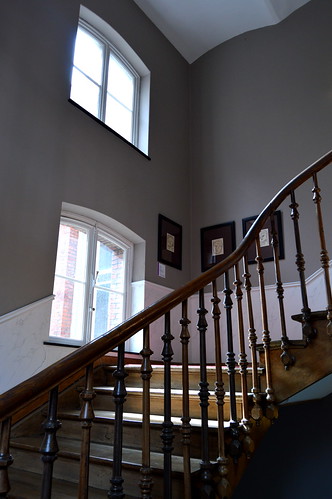 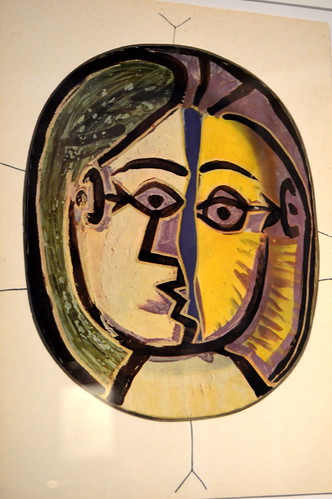 The first thing that springs to mind when most people think about Picasso are his paintings about ‘distorted’ looking women… but Picasso is so much more!

Pablo Picasso (1881-1973) was indeed a painter, but besides that he also was a printmaker, sculptor, ceramicist, stage designer, poet and playwright. He is definitely one of the most influential and versatile artists of the 20th century.

Ever since his childhood, Picasso had been an extremely talented painter. He was trained by his father, a professional painter himself, before the age of 10. I could see some of his earliest works in the Pablo Picasso Museum in his birth town Malaga (when I was there on a citytrip nearly ten years ago now!) and I was seriously impressed by his earliest works. At such a young age, he was able to put so much detailing and feelings in his paintings… unbelievable. 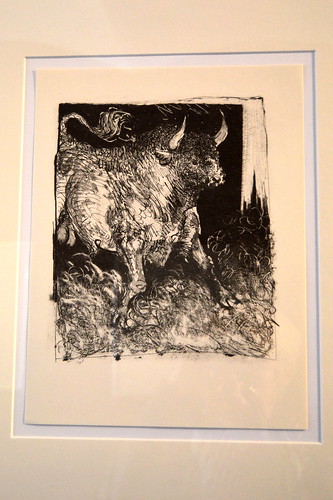 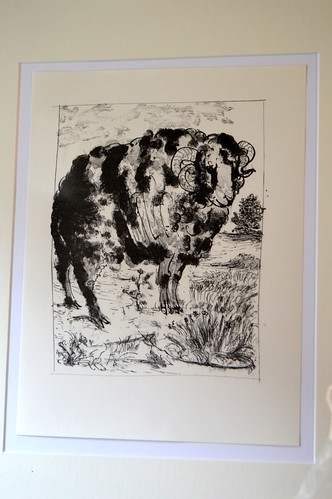 During the first decades of the 20th century his style changed. He constantly experimented with different techniques and ideas. He was considered as one of the leaders of the modern art and he is especially known as a co-founder of the Cubist movement.

3.About the Picasso Expo 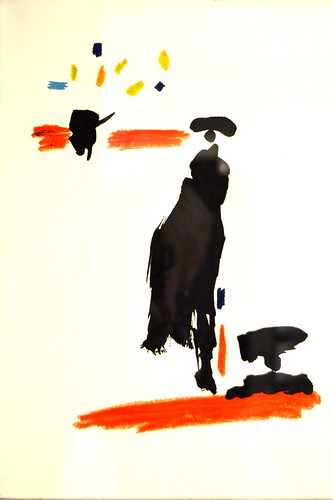 Picasso made over 30.000 graphic works… In Bruges the expo consists of about 300 engravings and lithographs and the expo also presents exceptional ceramics.

The expo consists of several themed sections, presented in several rooms, some of them light and spacious, others more intimate. You can also watch a film by Belgian film-maker Paul Haesaert about the artist at work.

Scroll all the way down this post to see more art work from Picasso! 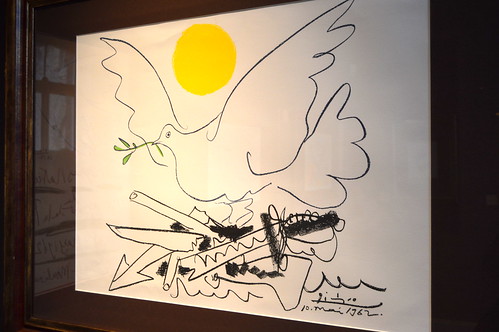 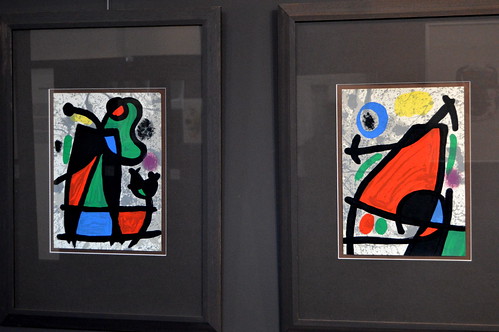 Joan Miró (1893-1983) was a Spanish painter, sculptor and ceramicist. He was a contemporary of Picasso.

His first art work was inspired by Van Gogh and Cezanne. In 1920 he moved to Paris. He met Picasso amongst other artists and he became influenced by cubism. Later on in the 1920ies, he started experimenting with surrealism and several printing techniques.

Besides Picasso and Dali, Miró is seen as one of the biggest Spanish artists of the 20th century. 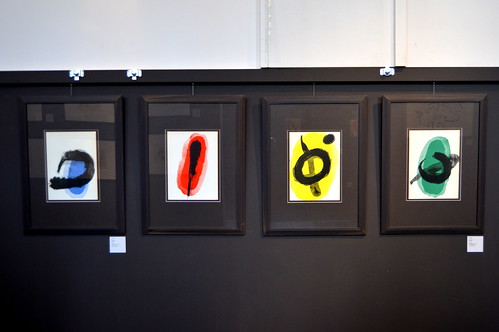 5.About the Miró expo 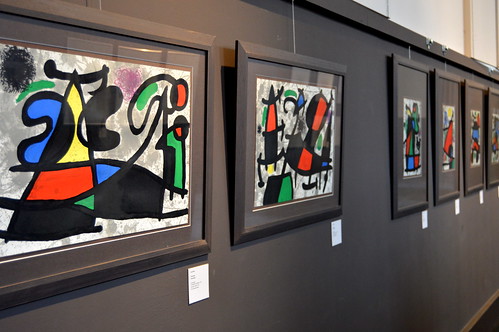 The two exhibitions combined immerse the visitor in the zeitgeist of Cubism and Surrealism at the time of their greatest momentum. (Source: http://xpo-center-bruges.be/en/welcome/#expo) 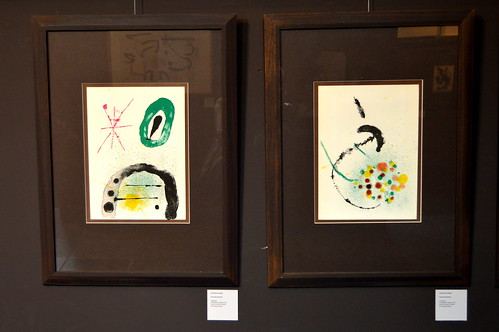 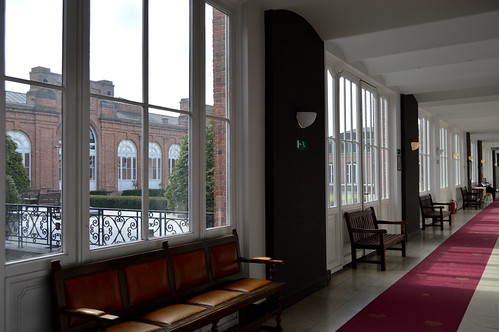 daily between 10am and 6pm 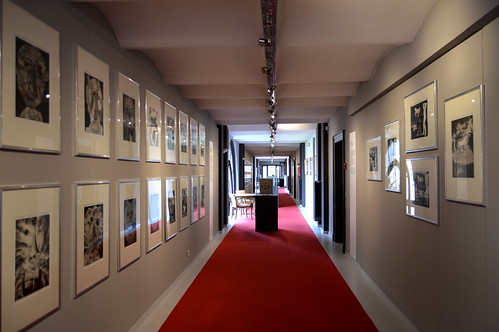 I hope you found this post interesting! Next week I will show you a bit more about the historical center of Bruges.

Here you can read a post about a fashion expo in Germany! 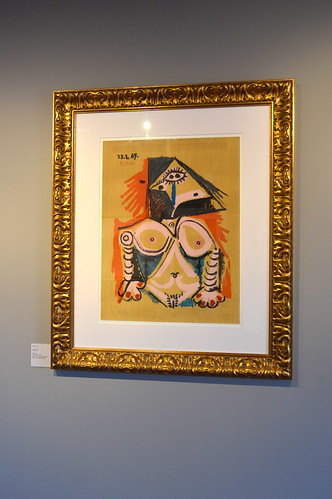