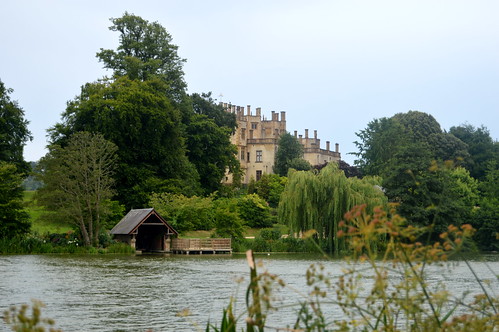 When on a holiday or daytrip, I like to visit a castle. I enjoy wandering around the large, sumptuous rooms and corridors, admiring the antiques and art, strolling around the gardens and parkland around it,…

So when we were in Dorset in July we visited 3 castles: Corfe Castle (we only saw that from the outside as you could see in this post), Highclere Castle (yes… Downton Abbey!!!) of which you can read a post next week and Sherborne Castle.

There has been a castle in Sherborne since the 12th century. The ruins of this castle can be seen from the  estate from Sherborne Castle. It can also be visited. You can find more information about the old castle here.

But this  post is about the castle which was built in 1594. 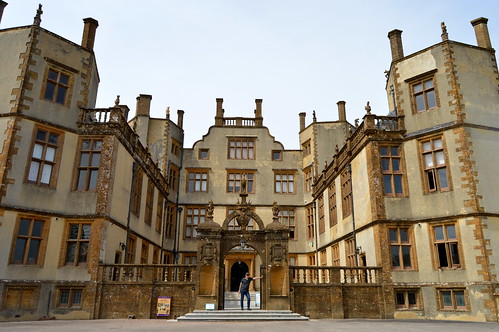 In 1617 Sir John Digby purchased Sherborne Castle for 10.000 GPB and the castle has remained in the Digby family ever since. After buying it, Sir John Digby added four wings, giving het building its present H-shape.

In the 18th century, the building was modernized, adding Georgian windows, panelled doors, white marble fireplaces and fine furniture. At the end of the 18th century an extension was added to the west side, wich provided more bedrooms and improved staff accommodation and kitchens.

The castle really is a place were generations of Digby’s have put their stamp and that shows in the fabulous art collection and fine architecture.

You can do a tour of the castle and see some fabulous rooms for yourself, like the library, several drawing rooms, Lady Bristol’s bedroom, the oak room and also Raleigh’s kitchen and cellars. Unfortunately I wasn’t allowed taking pictures inside, but on the website, you can get a glimpse of the interior! 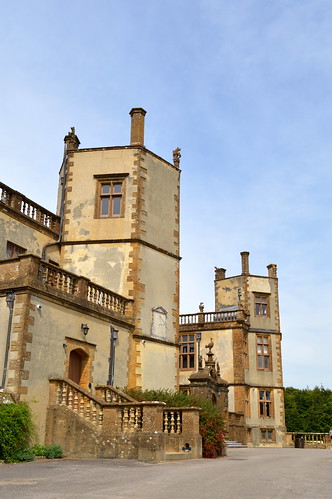 Of course the castle comes with spectacular grounds and gardens. The location of this place is absolutely stunning and we took our time to endulge ourselves in the splendour of the Dorset scenery. 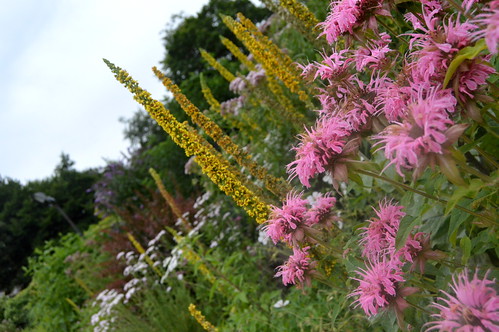 There are 30 acres of gardens and some 40 acres of grounds which are open to the public. Paths and trails lead around the gardens and as it is set in a rolling landscape, it is a delight to wander around! 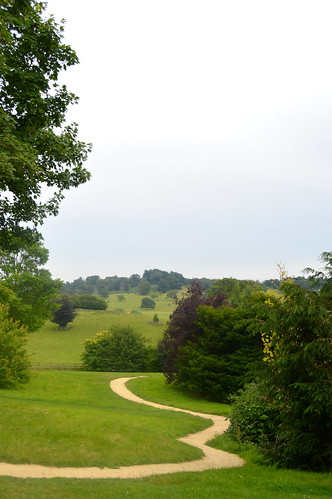 One of the designers of the gardens was Capability Brown. He was a famous landscaper in the 18th century and he also worked for Blenheim palace, Chatsworth House (see this post) and Kew Gardens in London. As the shallow valley in which the gardens are spread out regularly flooded, he decided to create a lake to solve this problem. 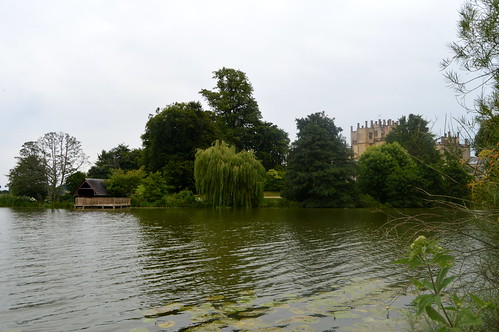 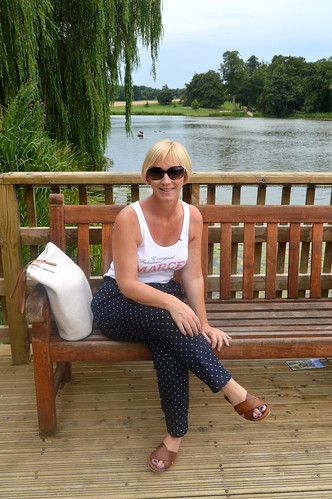 The ruins of the Old Castle became a backdrop to the lake and there was even a mock-ruined tower added.

In the garden on the grounds are several outbuildings, one including a tearoom in which we of course sat ourselves down. Well, we actually sat on the outdoor terrace overlooking the orangery and sipped a lovely chilled rosé, made on the premises! Definitely to be recommended… we brought home a couple of bottles to extend that holiday feeling…

Below you see some more pictures of our trip to this castle…. enjoy! 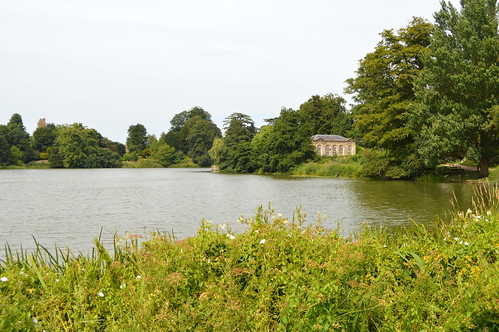 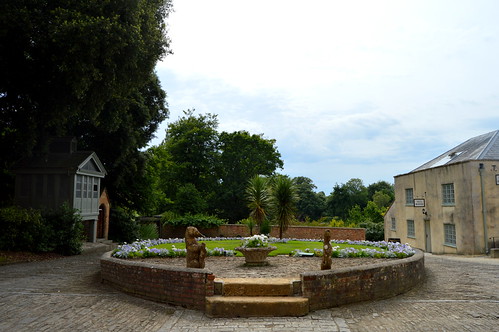 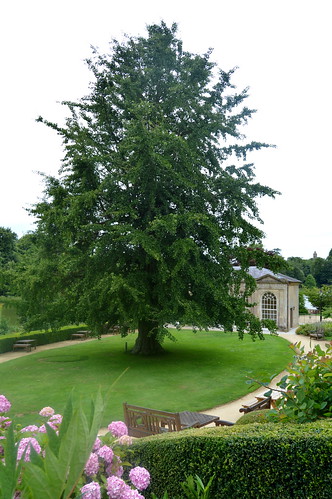 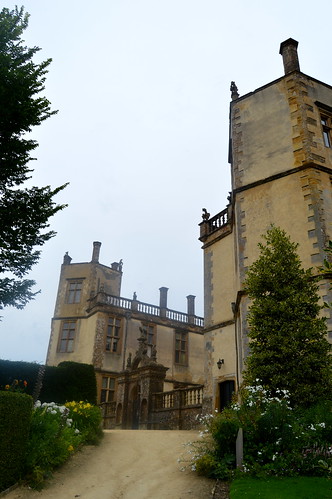 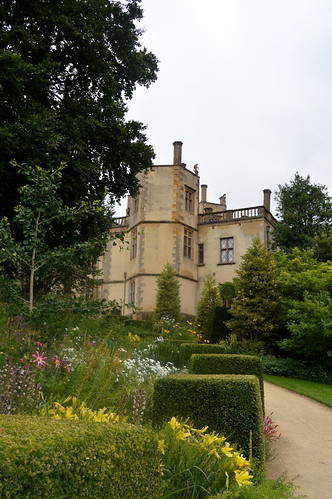 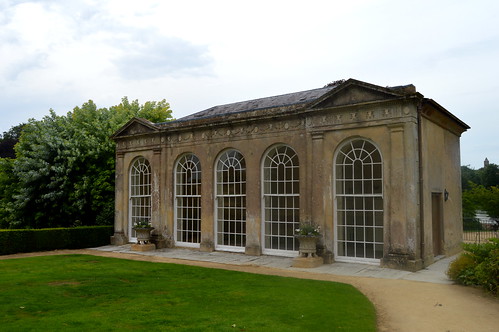 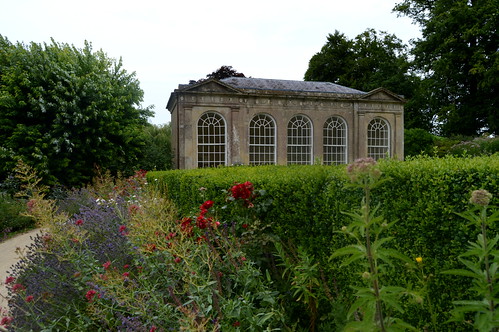 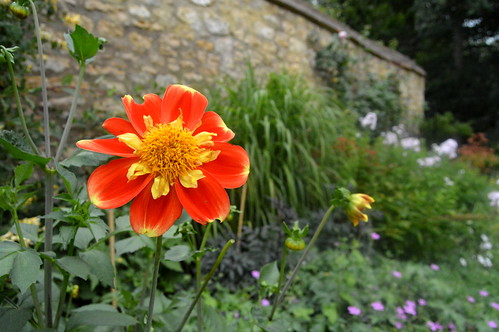 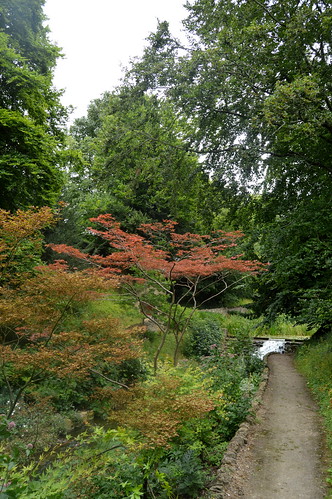 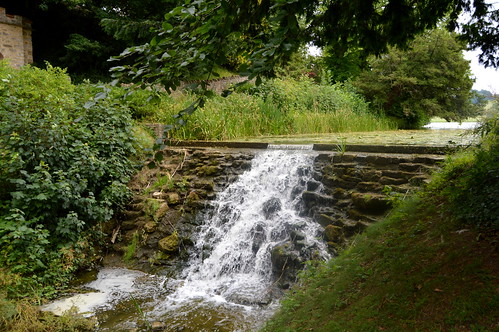 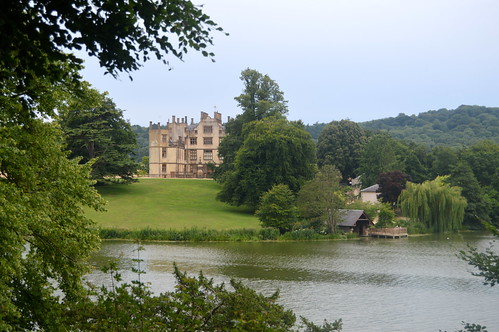