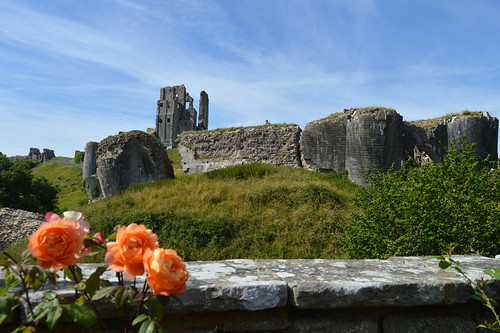 During our holiday in England, we spent one day at the Dorset coast. I already wrote two travelpost about that day (one about Swanage and one about the Jurassic Coast) and today you can read the last one of this sunny day… and it’s all about picturesque Corfe Castle! 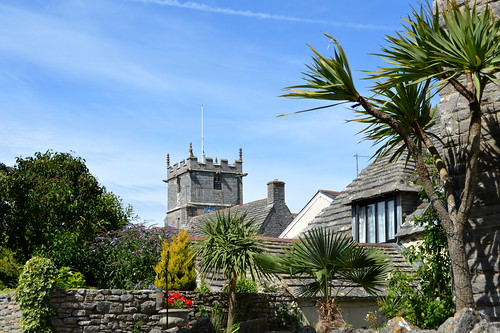 Corfe Castle lies on the Isle of Purbeck and the name ‘Corfe Castle’ refers equally to the little village as well as the ruined castle that can be found in the village.

The village looks very homogeneous as it is constucted almost completely from the local grey Purbeck limestone which makes it picture perfect… such a pity about that busy road right through the center of the village though as that means a lot of traffic through this lovely village! 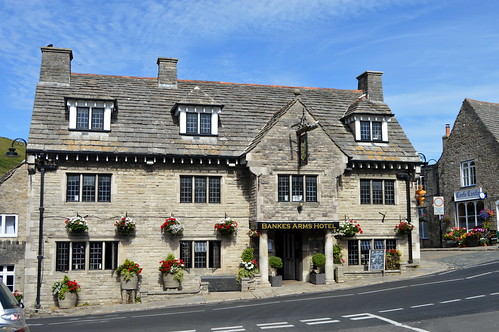 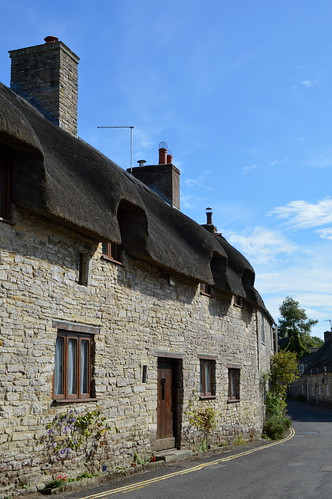 But anyway, we enjoyed a little stroll through this village. We didn’t visit the castle though as we didn’t have enough time to squeeze that in… and to be honest… we were craving for some refreshments as it was such a hot day!!

But here’s a top tip… you don’t have to visit the castle to admire it! You can get a front row view of the castle at the Corfe Castle Tea Rooms!! You can have your tea (or whatever…) inside, but I’d advise you to take a look outside. They’ve got the cutest outdoor terrace with the best view of the ruined castle!! Talk about multi-tasking… having your afternoon tea whilst enjoying that spectacular view 😀

Now what about that castle… Apparantly a wooden castle was built on this site, but in the 11th century, the castle was rebuilt in stone by William the Conqueror. Corfe Castle was a royal fortress for more than 600 years. In 1572 Queen Elizabeth I sold the castle to her dancing master… 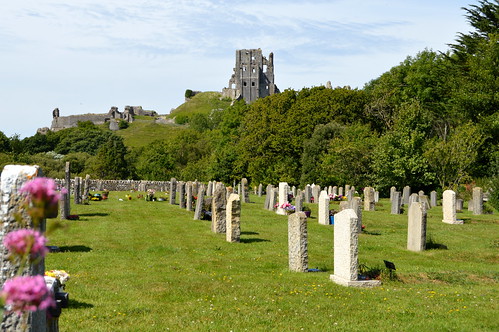 In the 17th century the castle was bought by Sir John Bankes, but the family was forced to leave the castle after which it was destroyed. The castle remained  in the ownership of the Bankes family until 1982 when it was bequeathed to the National Trust.

I hope you like the pictures of beautiful Corfe Castle and whenever in the neighbourhood… it really is worth the detour!! 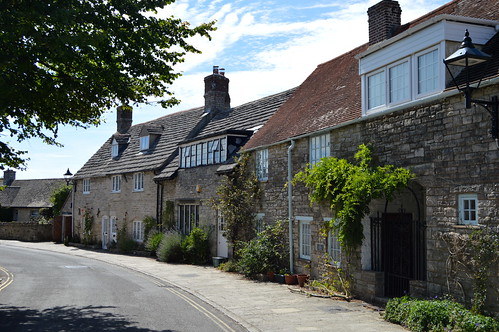 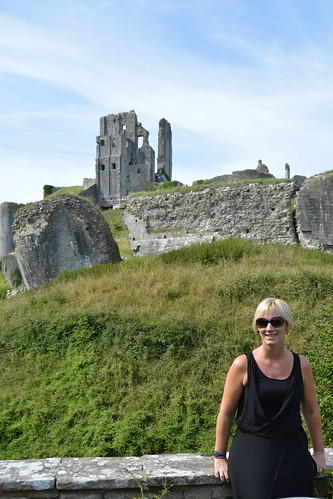 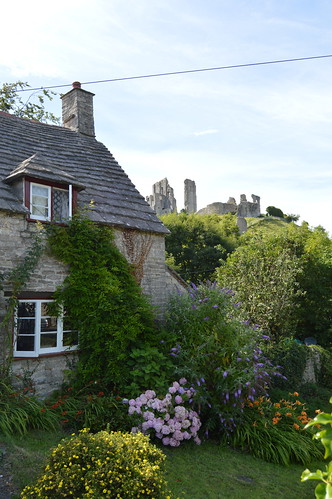 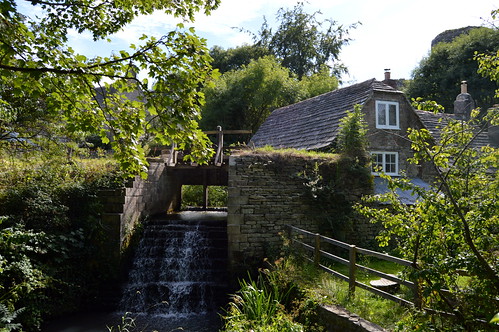 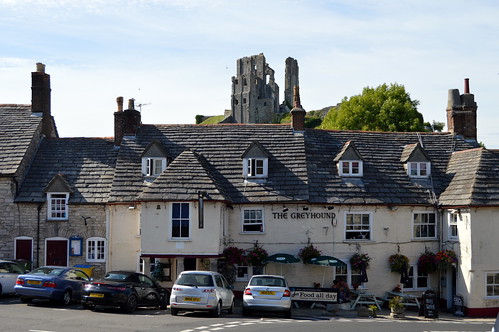 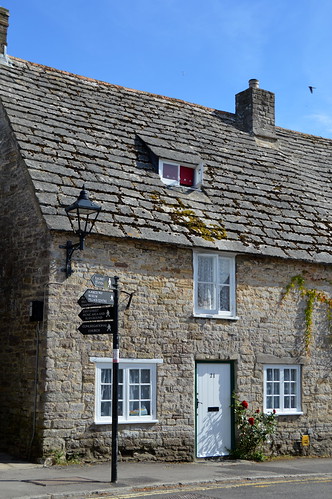