Today I will treat you all to a post about our latest book club gathering which was last Sunday! We read ‘The only girl in the world: a memoir’ by Maude Julien, a true story… let me tell you more about it!

The only girl in the world: a memoir – Summary (no spoilers)

This is the summary you can read on ‘Goodreads‘:

“Maude Julien’s childhood was defined by the iron grip of her father, who was convinced his daughter was destined for great deeds. His plan began when he adopted Maude’s mother and indoctrinated her with his esoteric ideals. Her mission was to give him a daughter as blonde as she was, and then to take charge of the child’s education. That child was Maude, on whom her father conducted his outrageous experiment—to raise the perfect ‘super-human’ being.

The three lived in an isolated mansion in northern France, where her father made her undergo endless horrifying endurance tests. Maude had to hold an electric fence without flinching. Her parents locked her in a cellar overnight and ordered her to sit still on a stool in the dark, contemplating death, while rats scurried around her feet.

How did this girl, with her loveless and lonely childhood, emerge so unscathed, so full of the empathy that was absent in her childhood? How did she manage to escape?

Maude was sustained by her love of nature and animals and her passion for literature. In writing this memoir, Maude Julien shows that it is possible to overcome severe trauma. She recounts her chilling and deeply moving story in a compelling and compassionate voice. ”

The only girl in the world: a memoir – My thoughts on this book 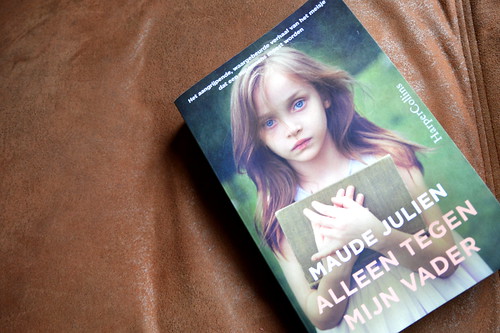 OK, so this may sound quite horrific… like I don’t have an emotional bone in my body or something… but I didn’t like this book! It was all too cold, too dark, too mad, too horrendous, too daunting,… must I continue?! I think you get the picture… but I will try to explain myself!

First of all: please don’t misunderstand me… I really feel for Maude Julien who had such a dreadful childhood. It must have been really traumatic and she must have been a very strong girl to have been able to survive such terrors!

So I guess I can live with the fact that she wanted to write a novel about what had happened to her. But the writing style really killed it for me! It was so straightforward and cold, it lacked soul, emotions and compassion. The writer is just stating the facts, which means that I didn’t connect with the girl at all and that’s what made me dislike the book: the fact that I didn’t feel connected to Maude in any way during the story (except for the epilogue but more on that later!).

I regularly had to remind myself that this was a true story, but still I didn’t feel horrified by the terror that was done to Maude.

It might have been a deliberate writing style from Maude Julien. Perhaps she didn’t want to feel connected with the story herself and she wanted to dissociate herself from it all to protect herself? This might be the case and it’s understandable of course, but when I don’t feel any connection with the main character, or any character whatsoever, I just find it hard to read on… honestly, if it wasn’t a ‘compulsory’ read for our book club, I would have stopped reading after 50 pages… or less!

But I kept on reading… and at one time I even started laughing with all the misery… my family, who observed me reading the book, regularly made fun at my expressions, deep sighs, eye rolls and mutterings 🙂

Once Maude starts to ‘rebel’ (a teeny tiny bit) against her father, I got into the story a bit. But then the ending (how she ‘got out’ I mean) was so disappointing. It was all coming together too soon, too fast, too easily, like why and when did her dad suddenly become a ‘softie’??

In my opinion, this book wasn’t worked out properly. I would have liked a bit of an insight on her father: why did he act the way he did? What had happened to him during the war? He must have had a reason to want to create an ‘übermensch’, mustn’t he?! And what about the mother? We can all but guess why she didn’t intervene, but this could have been worked out better as well.

Thank god for the epilogue! Here Maude Julien looks back upon her escape, how she dealt with the trauma and how she got on with her life. This piece was written with a healthy dose of emotions, in this bit I felt connected to the woman who had had such a traumatic childhood and it was the reason why the story kept on going through my mind for a couple of days!

The only girl in the world: a memoir – The book club 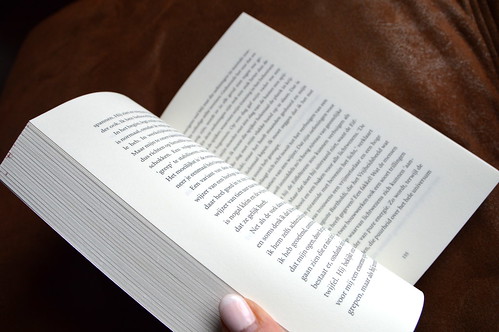 The majority of our book club didn’t really like this book. It didn’t grab us and we didn’t feel a connection to Maude. It left us wandering about her mother and father. We missed more depth and an explanation of why her father acted this way.

The only girl in the world: a memoir – Score

Halfway through the book I declared to my husband ‘really, this isn’t worth more than a 4!!’, but the last third of the book saved the day so I give it 6/10.

Next time will be super exciting as we will be reading my choice: ‘The diary of Anne Frank’! I am so curious what my book club colleagues will think about this book…

5 thoughts on “Books ‘n Blogging: The only girl in the world: a memoir – Maude Julien”