We had a little summer break, but our book club is up and running again! This time we read ‘The Solitude of Prime Numbers’ from Paolo Giordano. Let me tell you what we thought!

The Solitude of Prime Numbers – Summary

“A bestselling international literary sensation about whether a “prime number” can ever truly connect with someone else.

A prime number can only be divided by itself or by one—it never truly fits with another. Alice and Mattia, both “primes,” are misfits who seem destined to be alone. Haunted by childhood tragedies that mark their lives, they cannot reach out to anyone else. When Alice and Mattia meet as teenagers, they recognize in each other a kindred, damaged spirit.

But the mathematically gifted Mattia accepts a research position that takes him thousands of miles away, and the two are forced to separate. Then a chance occurrence reunites them and forces a lifetime of concealed emotion to the surface.

Like Mark Haddon’s The Curious Incident of the Dog in the Night-Time, this is a stunning meditation on loneliness, love, and the weight of childhood experience that is set to become a universal classic.”

The Solitude of Prime Numbers – My thoughts 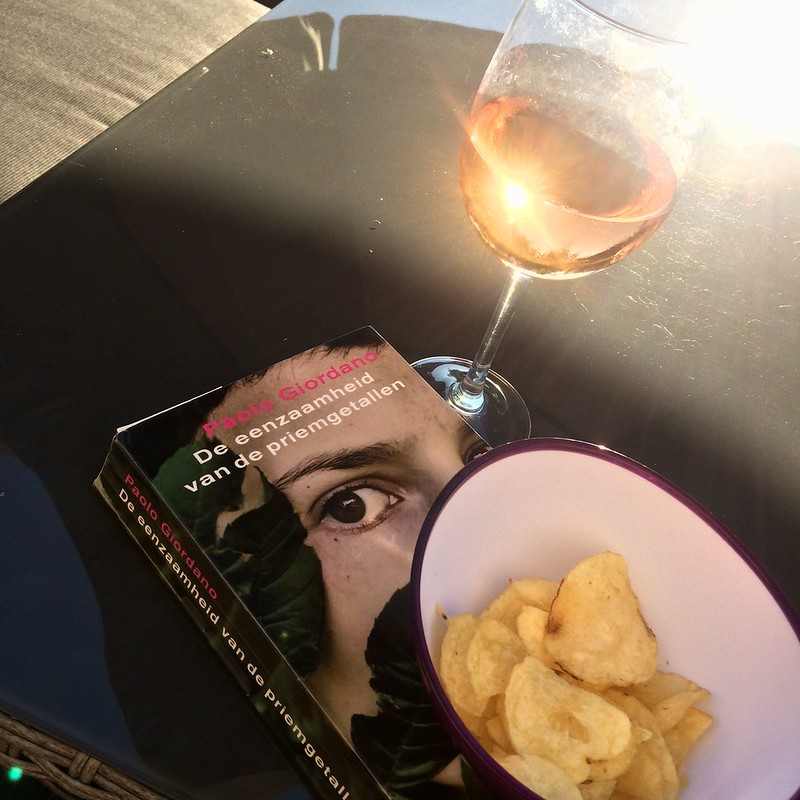 This book tells the story of Mattia and Alice. Both suffer from a trauma that happened in their childhoods and they both deal with it in a different way.

Alice struggles to accept herself. She has anorexia, she’s very vulnerable and easy to be influenced. She wants to find out who she actually is, but she is limited by her physical and mental problems.

Mattia keeps on punishing and mutilating himself. He is highly gifted, but socially incapable to connect with people.

Both are broken, both don’t get the much needed support from their parents, both have difficulties opening up to others… so what happens when they meet?

Well apparently Mattia and Alice do feel a connection. They feel attracted to eachother, but their past stands in their way. Their pasts hide too much heartache and it makes it impossible to reach out to one another… or not?

You can feel Mattia’s pain, his insecurity, his uncertainty and his detachment. You can almost see the wall he has built around himself to protect himself from the outside world and you want to break that wall down, one brick at a time…

And that is what Alice tries to do. She keeps on reaching out to him and really comes close. But she struggles with way too many issues herself to be able to break through.

They’ve got a weird kind of friendship and both seem too ignorant to want more. It’s like they are incapable to really get through, they lack the ability of penetrating into each other’s mind, heart and soul.

Mattia compares themselves with twin prime numbers, prime numbers which only have one other number between them (like 17 and 19)… and that one number might just be one too many…

This is a really beautiful book which I finished in only 2 days! I really liked the writing style with which the author seems to be able to let us into the souls of Mattia and Alice. Because of the writing, you actually feel what and how they must have felt. It sometimes feels cold, direct, ruthless, shocking and depressing. But on the other hand it is so intens, penetrating, heartbreaking and moving. I often had a lump in my throat whilst reading.

The storylines keep on spinning and are unpredictable, plots are ended abruptly and leave you wondering. Some of the members of our bookclub found that frustrating, and in other stories  it would definitely frustrate me too. But not in this one. To me it seemed necessary, it helped me understand the complex characters of Mattia and Alice better. It allowed me to get into their heads. As a reader you really want to reach out and help them, but in the mean time, you realize nothing can help them opening up.

This is a book that certainly keeps you thinking and I would recommend it to people who like reading psychological dramas.

The Solitude of Prime Numbers – The Book Club

The Solitude of Prime Numbers – Score

Next time we will be reading ‘Be my knife’ by David Grossman.

One thought on “Books ‘n Blogging: The Solitude of Prime Numbers – Paolo Giordano”