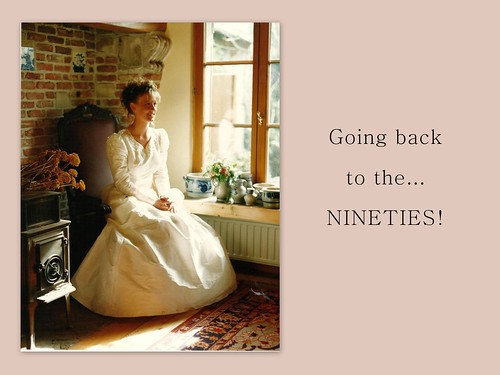 Ah… some reminiscing about the nineties today… now that will be soooo much fun! Grab a cup of coffee or tea and read on to find out some of my nineties favourites (including some absolutely hideous pictures… and just a few cute ones :-D)

OK, so this is very easy… my favourite nineties outfit is definitely my wedding dress!

About a year before my wedding, I bought all these kinds of magazines (this was an age before Pinterest you know!) to search for some well needed inspiration for the most important dress in my life… my wedding dress!

And in one of the magazines there it was… the dress of my dreams! Wild silk, long sleeves, fitted bodice, big skirt, heart shaped cleavage, tens of tiny little buttons on the back… I just knew I would look stunning in it!

So off we went, my mum, my sisters and myself of course, to a wedding dress shop in Antwerp where I tried on the dress I saw in the magazine… the wedding dress of my dreams!

It looked even more beautiful in real than in the magazine! I looked absolutely amazing in this cloud of silk and it was just exactly what I wanted… expect for the price which was a staggering 67.000 Belgian francs at the time (about 1700 EUR… we’re talking 1994 here ladies!!). This was way over my parents’ budget…

But… we knew this  seamstress who specialised in wedding dresses so we asked her if she could make this dress for me. We had looked at all the detailing of the dress and when we came home, we had made some rough sketches of the front as the picture in the magazine only showed the back of the dress. The seamstress really was a pro in wedding dresses… she made a copy for less than half the price! 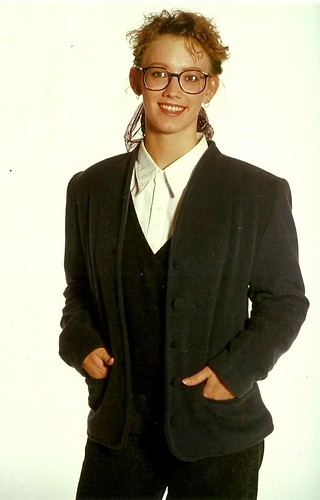 And another thing I want to share with you concerning fashion in the nineties, is a fabulous price I won way back in 1990! A local magazine (Flair) celebrated its tenth anniversary and gave a couple of their readers 10.000 Belgian Francs to go shopping with a stylist from Flair, followed by a make-over and a photoshoot for pictures to be published in their magazine.

I was nearly 19 at the time and a poor student… so 10.000 Belgian Francs (which is the equivalent of 250 EUR) was a HUGE amount of money for me to spend on fashion!! I had the best time, bought heaps of clothes and during the styling I realised I looked cute with my hair out of my face! Above you see a picture which featured in the magazine.

My all-time favourite film is one from the nineties: ‘The Shawshank Redemption’. At first I wasn’t interested in it, because seriously… a film about some guys in a prison? Not my cup of tea… until I heard the guy at the video store (yip… it was also a time before Netflix) talk about it to a customer. He was raving about it and I got curious. So I rented it out and boy was he right!

The Shawshank Redemption is a gem… the performance of Tim Robbins, the voice of Morgan Freeman, the determination, the cruelties, the clever way of escaping, the revenge towards the prison warden,… If you haven’t seen this film yet, please do so… You won’t be disappointed!!!

A film I really wanted to see in the cinema was ‘Titanic’. Unfortunately nobody was interested in seeing this film, so in the end I went to see it alone! Now how sad is that 😀 The cinema was crowded and at one point this guy came sitting next to me… he was also alone… ‘abandoned’ by his wife who really didn’t want to see the film. We sat there laughing at our similar stories and we both enjoyed the film 🙂

Oh, gotta talk to you about one more film though: ‘Pretty Woman’! How could I not mention this film… I loved it… and when it’s on television now, I still watch it! I saw this film in the cinema and I vividly remember how shocked I was seeing a 12-year old boy with a cell phone 😀 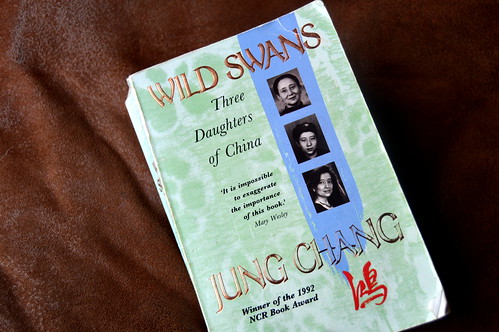 My favourite book of the nineties was ‘Wild Swans’ from Jung Chang, a book about three generations of Chinese women, covering the Chinese history from the late 1800s until about 1980. It taught me a thing or two about the cruelties of Chinese history. Definitely to be recommended! 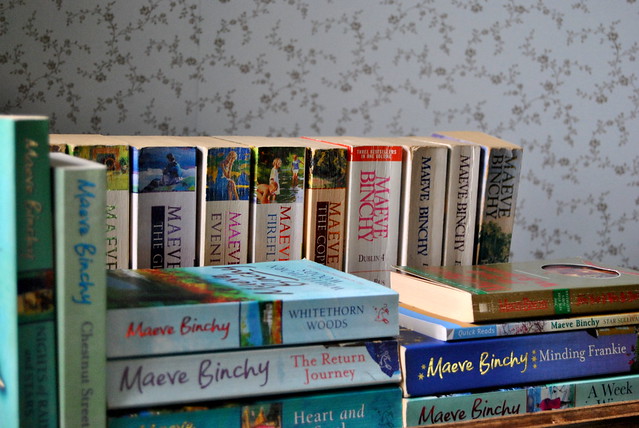 A second book I want to mention is ‘Circle of friends’ from Maeve Binchy. I rented it out from our local library many times until I bought my own (secondhand) copy. It was the first of many Maeve Binchy books I bought. Why I like her books so much, you can read in this post! 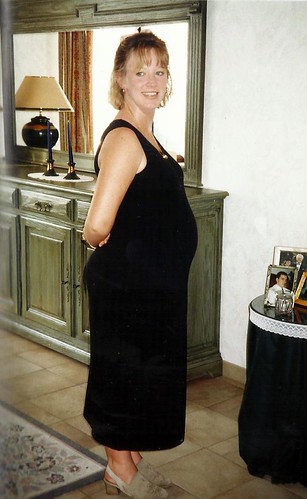 I have been using make-up ever since I was about 15 years old. I started with some mascara and eye pencil, but in the nineties I really used the lot: foundation, powder, blush, eyeshadow, mascara, eyeliner, lipstick,…

I especially liked liquid eyeliner, even though I never really mastered the perfect wing I’m sorry to admit! And another thing of the nineties was of course the brownish lipsticks…

In the early nineties I developed my love for England. I had seen exactly one picture (similar like the one you see above) of a picturesque little village which happened to by Rye in East Sussex. I planned a trip to this lovely place, found out that it had an entire smuggling history, decided to write my thesis about it and the rest is history.

That first real trip to England was one that actually opened my eyes about how much this country has to offer. We first visited London for three days and then headed to Rye from where we visited Hastings, Winchelsea and Rye of course. After that first trip to England many more followed.

Below you see our very first selfie, taken at the very end of our first holiday to England in 1991. 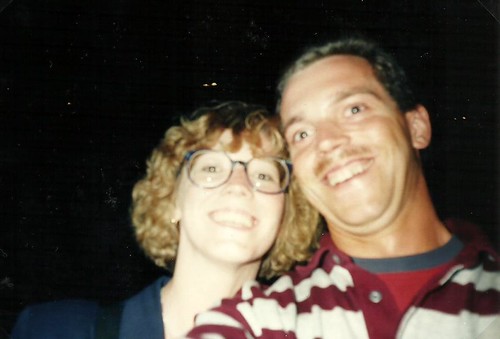 A second holiday memory I’d like to share, is the one from 1998, the first holiday we did with our daughter Charlotte who was then 2 years old… it was a trip to, you guessed it, England! We saw so many things, taking that little girl to gardens and parks and estates… she was so good all the time and she inherited our love for England big time. I’m pretty sure that she will move there some day! 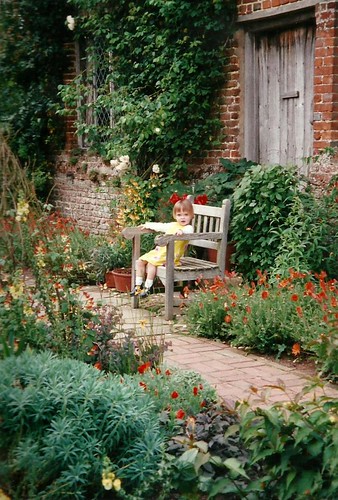 And one more holiday I’d like to mention is one to Wales in 1999. We had a fantastic week with my sister and brother in law. I was 5 months pregnant with Stef, but that didn’t bother me from seeing as much as we could!

On the picture below, you see me on top of the Snowdon… what a view! What lovely weather we had! Wouldn’t mind going back there once more! We went up by train as of course I was pregnant and Charlotte was only 2 years old at the time so hiking would have been impossible 🙂 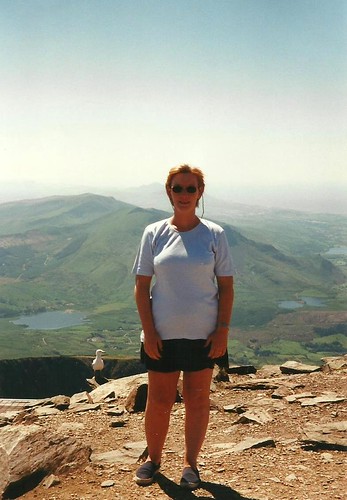 What were your nineties favourites? Let me know in the comments! Soon I’ll treat you to more nineties nostalgia… 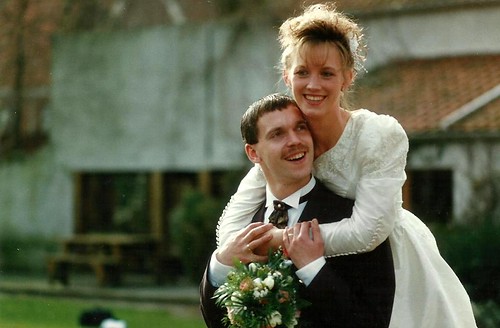