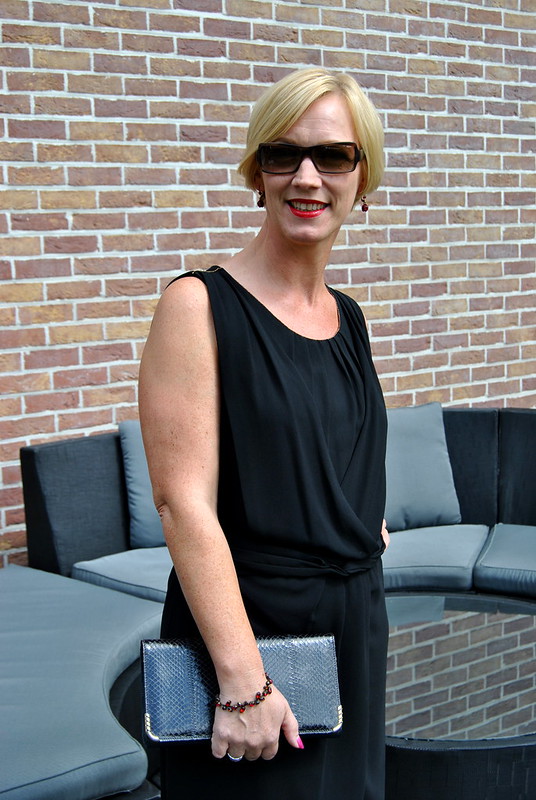 A couple of years ago I was in Paris with my husband. We were in the Marais, a fantastic, bustling neighbourhood in the ‘City of Lights’. The LBD on show today I bought in one of the many little shops overthere.

I tried on a beautiful nude dress, but unfortunately it was sold out in my size. “We’ve also got this in black”, the vendeuse said. Well… you can never do wrong with a LBD so I tried it on. It was perfect ! It is draped and has a slightly Greek feel to it (but not too much I think). The neckline is trimmed with goldthread and it adds just that little extra in my opinion.

It is a dress I wear mostly in summer because of the light fabric. I do have to wear an underskirt under it though, not to reveal too much leg ! I usually wear this dress quite classic with black heeled sandals. For this post I’m wearing my red roses earrings and a matching bracelet with red glass stones shaped as petals and rosebuds. I bought these jewels in Amsterdam… so it’s quite an international outfit today ! I also like this vintage clutch with it. I don’t take it along that often as I don’t get all my stuff in it, but for a party (or for a photoshoot) it’ll do ! 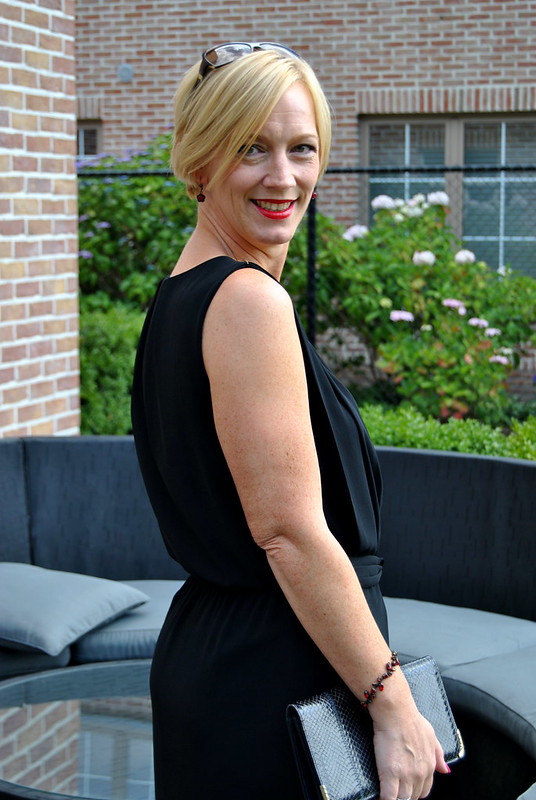 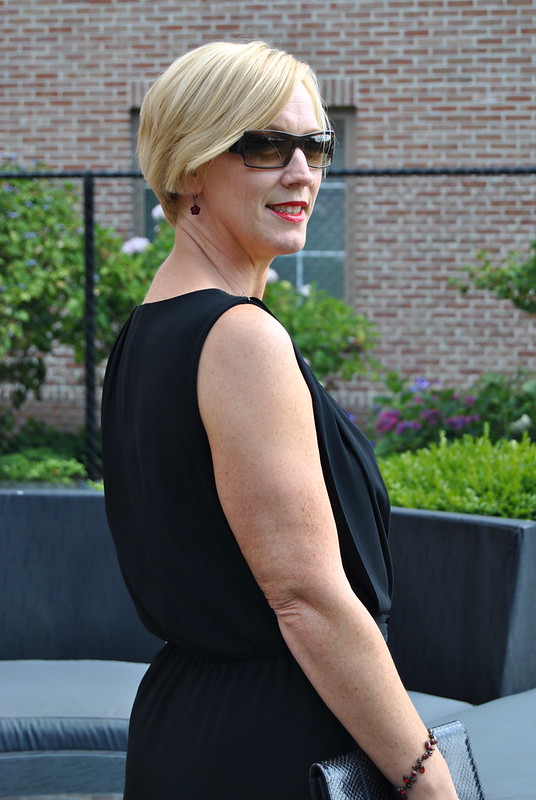 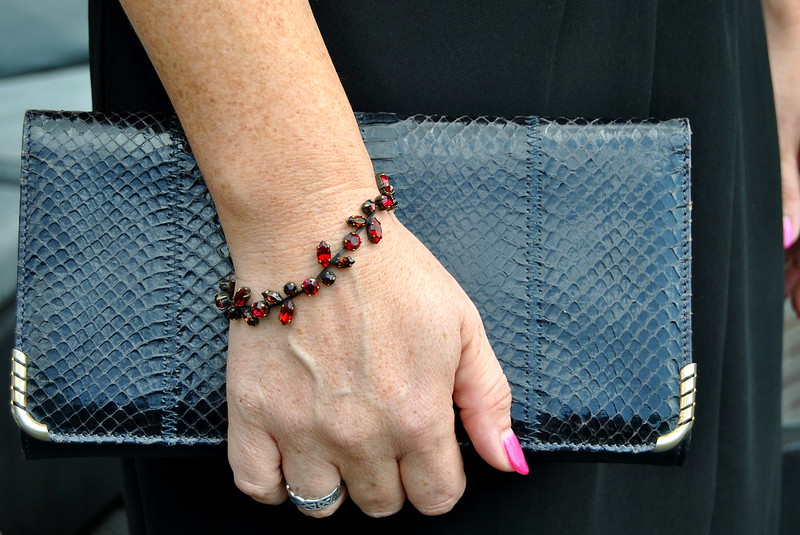