There’s no such thing as a guilty pleasure – Douglas Wilson 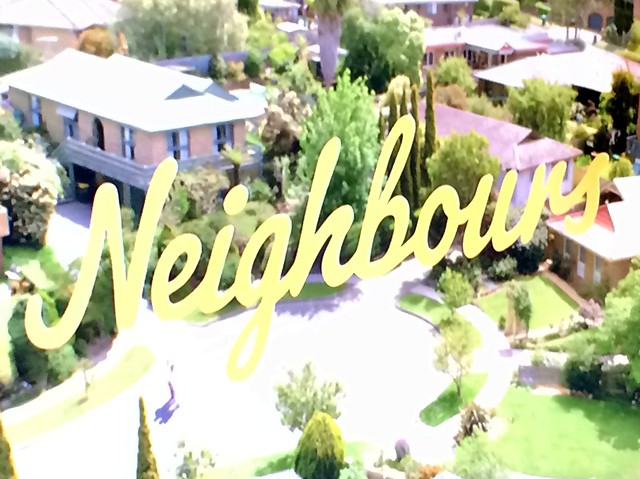 If I’ve got to name just one of my guilty pleasures (of course I’ve got many more, but we’ll stick with one for now…), it must be watching the Australian soap Neighbours (I recently added this funny little detail to my ‘random things’ page!). This show has been running for 30 years now… Not long ago the 7000th episode was on television in my country (we’re a bit behind as in my country Neighbours is aired since 1988, whereas the serie started in 1985) and I do believe that I must have seen at least 6500 episodes of them.

I like to cuddle up on the sofa under a blanket to see another episode… It has become such a habit, watching Neighbours, that I feel like I’m part of Ramsay Street.

I live in a cul-de-sac as well, but that is as far as the comparison goes… no fires or explosions, no long lost kids returning, no neighbours with amnesia as far as I know, no evil ex-husbands that roam around, no couple that take in whatever stray might enter the street,…

Of course there are good and bad storylines, but I never wanted to stop watching. My favorite characters of the show are Dr. Karl Kennedy and his wife Susan (played by Alan Fletcher and Jackie Woodburne) who are now more than 20 years in the show and also Toadie… Jarrod Rebecchi… you just gotta love him ! I also like the fact that former inhabitants of Ramsay Street are mentioned or even come back to rejoin the cast (sometimes even played by the same actor than 20 years or so ago).

I have passed my addiction onto my children… they’re definitely not as fanatic as I am, but when around while I’m watching Neighbours, they join me in the sofa… giving comments, predicting what’s gonna happen, talking about the characters as we all know them personally… that’s so much fun ! And if I should ever be lucky enough to visit Melbourne, I would definitely book a “Ramsay Street” tour.

Yep, Neighbours definitely is my guilty pleasure and I’m not too pride to admit that !

Do you have a guilty pleasure ? And do you admit to it ? Or do you rather keep it a secret… 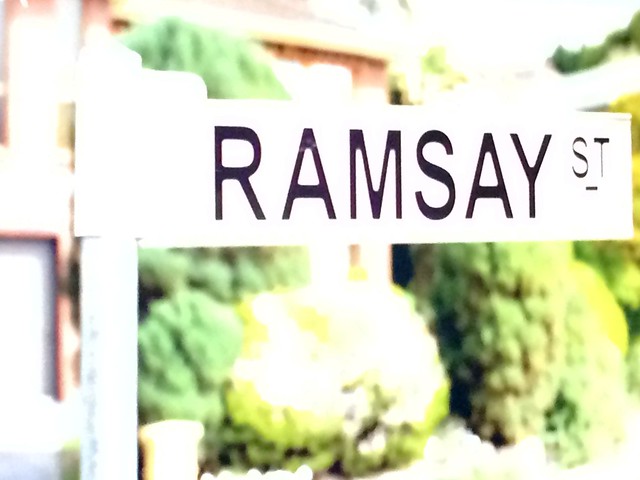