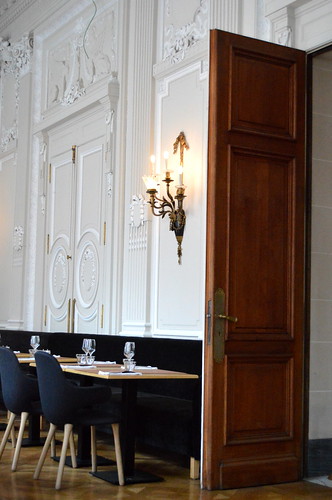 Last week I told you about our walk in Lille… today I fill you in with the two things I enjoyed the most whilst on our daytrip in Lille… Coke and the Old Stock Exchange! Let me tell you a bit about Coke first… because believe me, it doesn’t have anything to do with drugs… although I could get addicted to it now I come to think of it 🙂

Coke is the restaurant where we had our lunch… and it was love at first sight! We had just decided to look for a place to have lunch, when we stumbled upon this magnificent building… so stupid of me not to take a picture from the outside… I took plenty inside though! 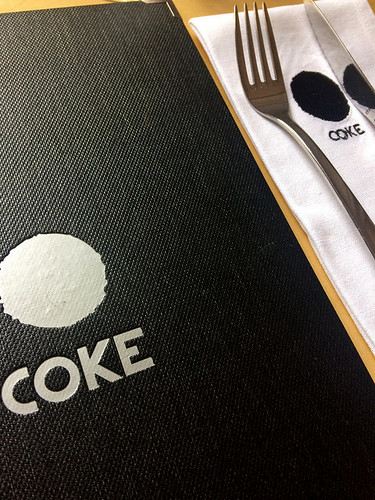 In the hallway the lunch menu of the day was notified and we were instantly drooling… so in we went… we were immediately astonished by the beauty of the staircase and the grandeur of the stained-glass ceiling which stood in contrast with the modern lamps hanging down. Our jaws literally dropped to the floor… 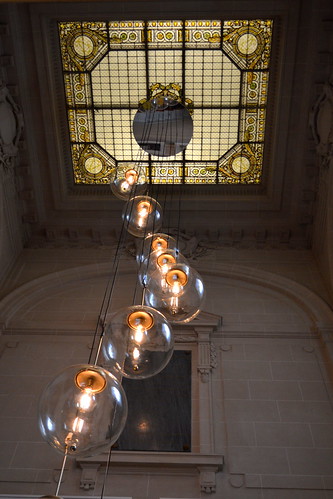 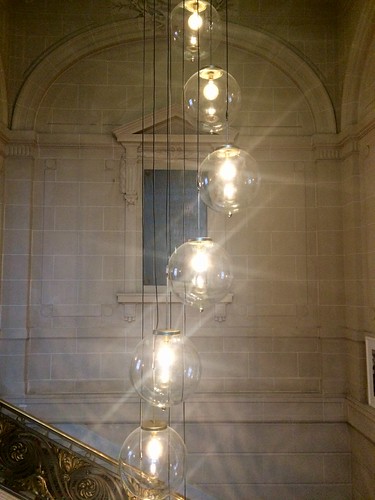 We strode up the stairs not knowing where to look first and we were led into the restaurant which was on the first floor. High ceilings and doors, massive chandeliers, grand fireplaces, decorated walls,… the lot! 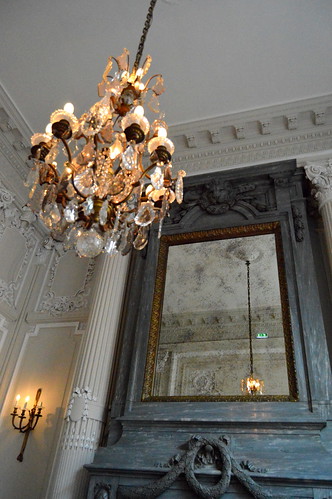 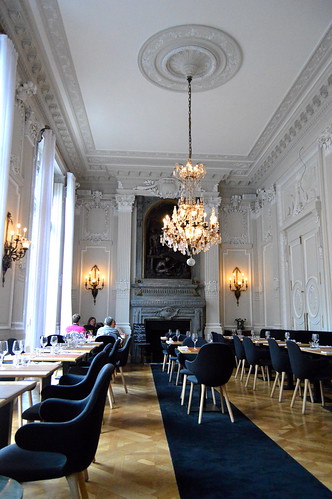 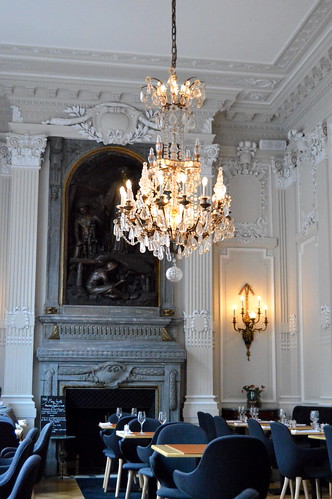 We were shown towards our table.The furniture was scandinavian and minimalistic, which stood in contrast to the rest of the restaurant, but it worked. We had a round table, which was ever so nice to have a conversation… or having a toast to lifelong friendship 🙂 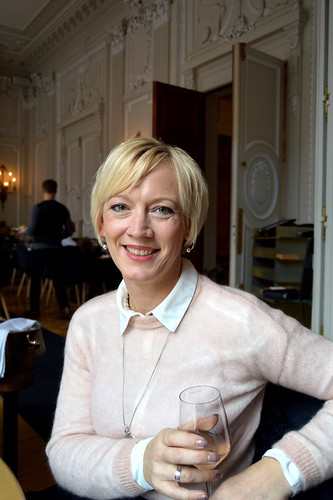 We all chose to have the lunchmenu which consisted of a main course and a dessert. First we were brought an amuse, which was a very rich and very tasty mushroom soup. 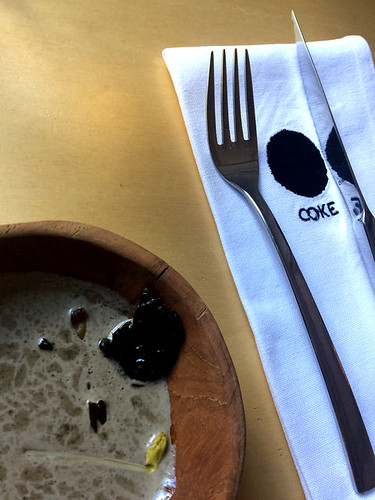 My main course was salmon stew which was absolutely delicious. 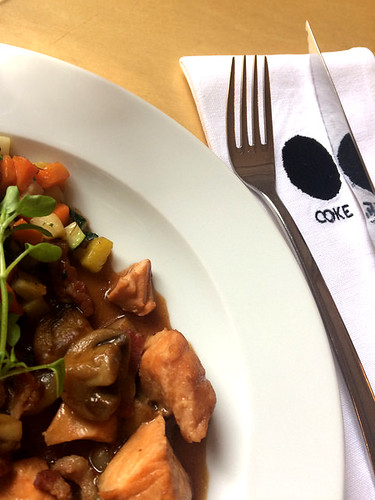 And as a dessert, we opted for the ‘café gourmand’, which consisted of 5 sweet bites, accompanied by a good, strong coffee. 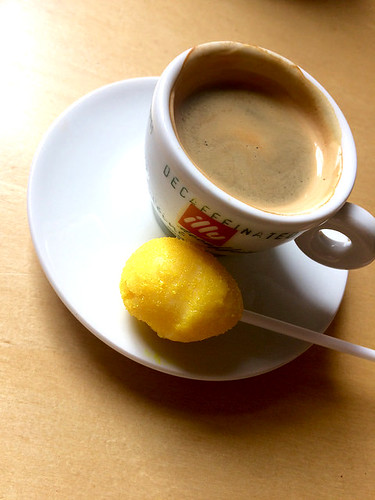 Those 5 little desserts were pure heaven 🙂 I’ve got a bit of a sweet tooth (understatement of the year!!) so I was seriously spoiled…

We had a small cake, an ice cold chocolate mousse (my favorite!), some cotton candy (which melted away on our tongue), an ‘ourson de la Pâtisserie Cyril Lignac’ (which is also loved by Alber Elbaz as we could see on his Instagram-feed lately!!) and a lemon thingy (which tasted really fresh). 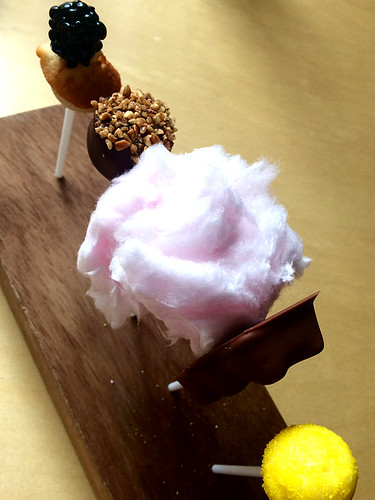 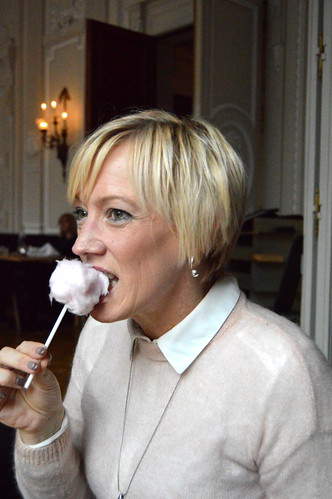 We took our time at the brasserie and after a two hour break, we were ready to explore Lille a bit further… 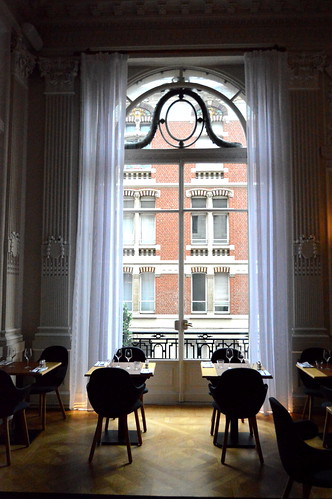 Our next stop was ‘la vieille bourse’ or the old stock exchange. This building is really quite something. It was built in the 1650ies and it actually consists of 24 identical houses built in a square. It was originally meant to house traders and salesmen.

It is situated between ‘Place du Théâtre’ and ‘Place du Général de Gaulle’ (who was born in Lille). 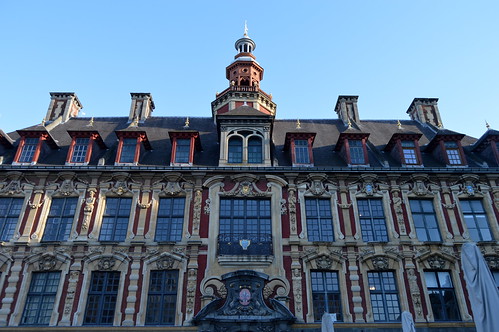 The courtyard is a beautiful open space with book shops and antique stalls, great to wander around a bit… browsing here, looking there… 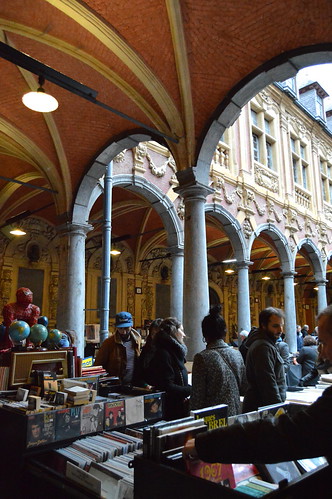 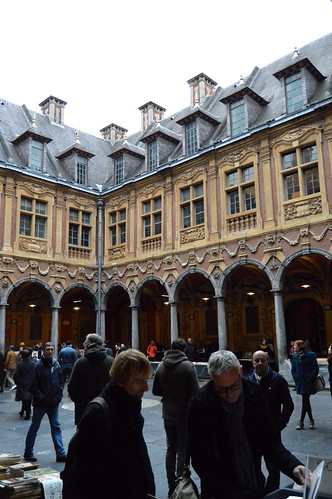 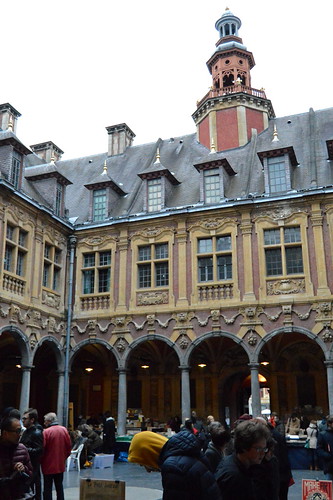 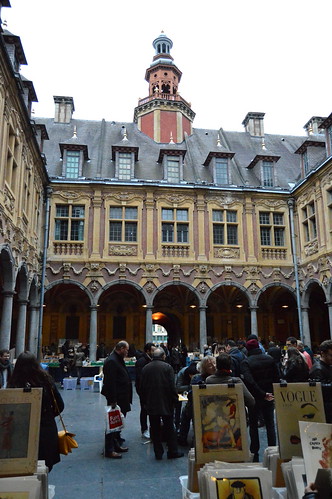 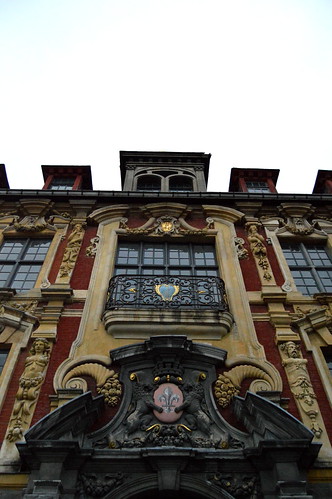 And that, my dearest readers, rounds it up… we had an amazing day in Lille… I will certainly be back!

Here you can read a travelpost about a walk in Utrecht.