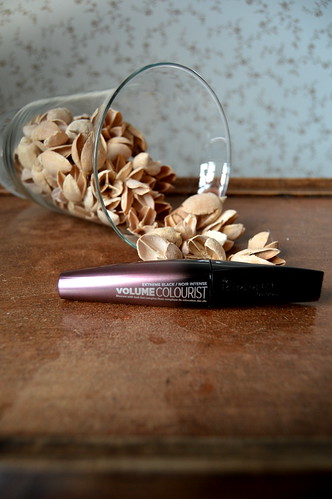 Aaaah… mascara… what would I do without?! I’ve got these teeny tiny, unnoticable lashes that just scream for a daily dose of mascara! My favourite mascara is the ‘wake me up’ mascara from Rimmel (read about it here), but when I read a review on this Volume Colourist mascara, also from Rimmel, I decided to try it out.

This mascara actually promises to darken the natural colour of your eyelashes. Now this would be absolutely fantastic as my lashes have this mousy colour. So I really and truly wanted to believe it would give my eyelashes that extra bit of pizazz… but could it actually do as it promises??? Let’s find out!

This is what I could read on the Rimmel website:

“Reveal darker lashes with and without mascara! 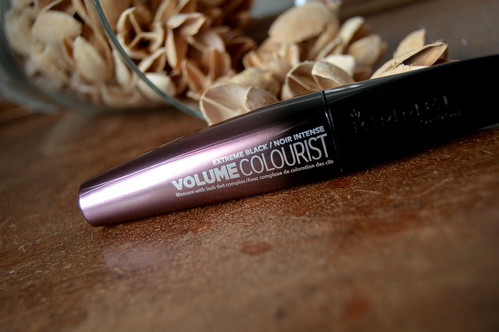 This is a good mascara, but I don’t think it lives up to its promises. It really doesn’t darken my eyelashes. I have read reviews of people who really thought (and proved!) it did, but it doesn’t seem to work on my lashes I’m sorry to say…

Here you can read a post about a make-up for work. 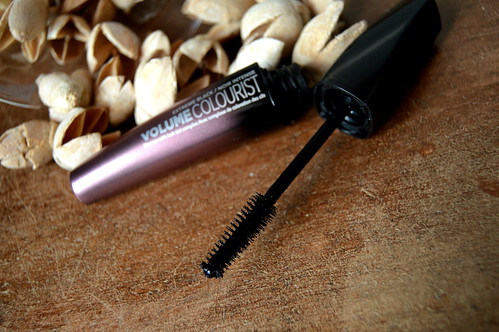 What a shame that is does not do what it is promising…I prefer my mascara’s non-waterproof that way it removes easier and is more gentle for my lashes.

I normally use waterproof but for this one I wanted to make an exception. It would ‘ve been top if it had coloured my lashes just a bit. Oh well, back to another mascara to try 🙂 Keeps us busy and gives us something to write about on our blog, doesn’t it 😛 Thanks for reading! Love, Kathleen