The second book we’ve read with our book club this year is ‘The Night Circus’ by Erin Morgenstern. Today I will tell you more about this book and what my thoughts are!

The Night Circus – Summary (no spoilers) 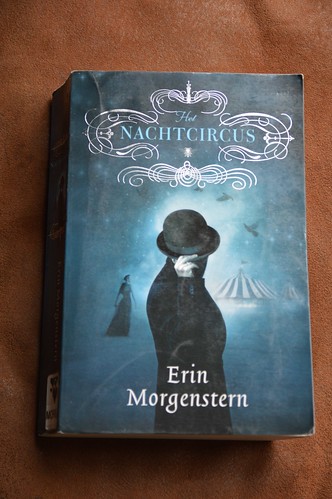 ‘The circus arrives without warning. No announcements precede it. It is simply there, when yesterday it was not. Within the black-and-white striped canvas tents is an utterly unique experience full of breathtaking amazements. It is called Le Cirque des Rêves, and it is only open at night.

But behind the scenes, a fierce competition is underway – a duel between two young magicians, Celia and Marco, who have been trained since childhood expressly for this purpose by their mercurial instructors. Unbeknownst to them, this is a game in which only one can be left standing, and the circus is but the stage for a remarkable battle of imagination and will. Despite themselves, however, Celia and Marco tumble headfirst into love – a deep, magical love that makes the lights flicker and the room grow warm whenever they so much as brush hands.

True love or not, the game must play out, and the fates of everyone involved, from the cast of extraordinary circus per­formers to the patrons, hang in the balance, suspended as precariously as the daring acrobats overhead.

Written in rich, seductive prose, this spell-casting novel is a feast for the senses and the heart.’

The Night Circus – My thoughts on this book (no spoilers) 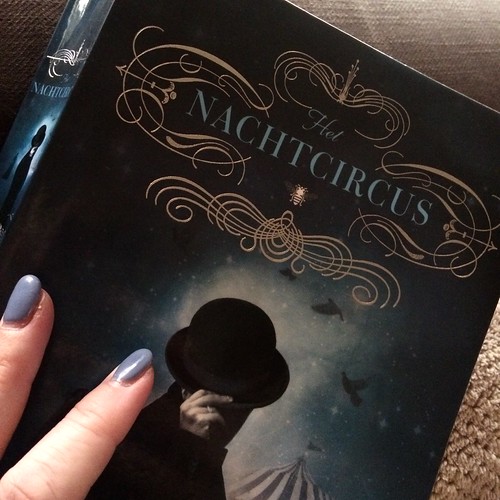 This book was my daughter’s choice. She first read it at the age of 14, but that doesn’t mean it’s a children’s or teenager’s book! It still is one of her favourite books and she refers to it as ‘magic realism’.

When we started our book club last year, it was one of her suggestions. We didn’t choose it back then, so this time she suggested it again. It got chosen… and I am glad!

I really liked reading ‘The Night Circus’. This book is about a circus that suddenly pops up at a place, it stays for a certain time and then it disappears as sudden as it appeared. The circus is only open during the night, hence the title 🙂

The reason this circus came to live is because two magicians, two ancient rivals, want a contest between their best pupils Celia and Marco. At first Celia and Marco don’t even know who their contender is. Neither do they know the rules of the game, when it will be played and how victory will be determined. At a point they start falling in love with eachother and then everything gets even more complicated!

The style of writing is mysterious and magic, detailed and fairylike, fluent and surprising. I really wanted to find out more about the game and it really made me want to visit the circus. It was described in such a detailed way that I could really envisage it, I could really see myself walking from tent to tent. I could see the circus acts and I could sense the tension between the different characters.

There are a lot of characters which can be a bit confusing sometimes, especially since the time keeps changing. But once I was into the story that didn’t bother me anymore.

At one point however, the story got a bit long-winded. I was like ‘ok, I get the picture, I don’t need another description of another tent’, but a couple of pages further, the story found a new pace and I was into it all over again as it lead towards the climax: the game between Celia and Marco!

This is a book I want to read again. I think once you know the plot you will see this book in a different light and you will discover many new things which will make re-reading very interesting.

As with ‘Het Smelt’ (see this book club post)  I had never read anything like ‘The Night Circus’… and that’s just why I love our book club so much. It makes me read books, stories, novels that I would never pick out myself. Some I don’t like to read, others are little gems but I am so glad I get to broaden my knowledge about literature!

The Night Circus – The book club (no spoilers)

For our next gathering we will be reading ‘The only girl in the world: a memmoir’ by Maude Julien.

Have you ever read ‘The Night Circus’? What were your thoughts? Are you part of a book club?