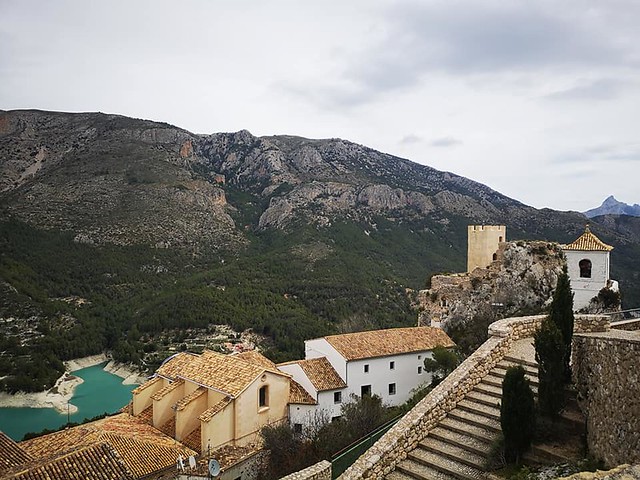 Today’s travelpost is about the little village El Castell de Guadalest, or in short Guadalest, which is situated about two hours south of Valencia.

It lies in the mountainous background of the Costa Blanca and it’s said to be one of the most beautiful villages in Spain.

El Castell de Guadalest is centuries old and is situated around a castle. Even though the village has only about 200 inhabitants, many tourists find their way as the location of Guadalest is very idyllic.

In Guadalest it’s al about the castle, which was built by the Moorish in the 12th century. It’s strategically located on a moutain so the village could be defended. Most of the castle however was ruined by earthquakes and a fire. Still, it is well worth a visit. 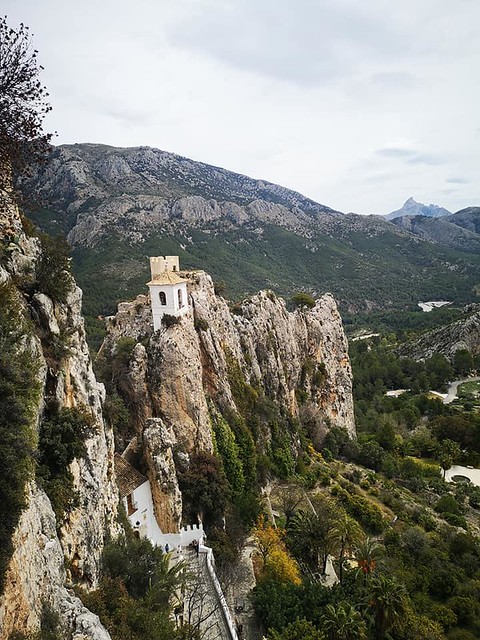 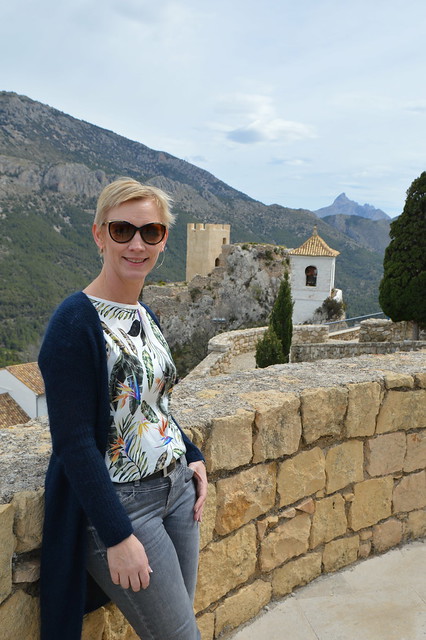 To enter the castle, you must go through the Museo Casa Orduna. This house was built after an earthquake in the 17th century by the Orduna family. They acted as wardens of the fortress.

The house is nearly intact and shows the interior as it must have been when the Orduna family lived here. 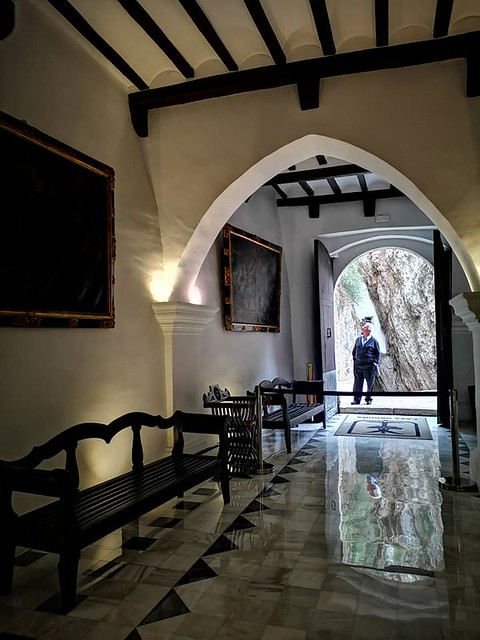 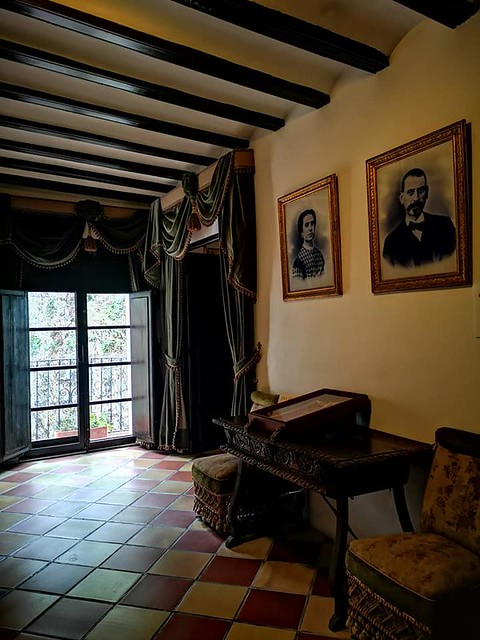 After visiting the house, you get to the ruins of the castle, which are really impressive. Part of them even hangs over a cliff! The location is unique and on top of the castle you’ve got views by which you will be amazed…  You will also see the azure reservoir Rio Guadalest, which lies in the valley below and adds to the beauty and charm of the surrounding countryside. 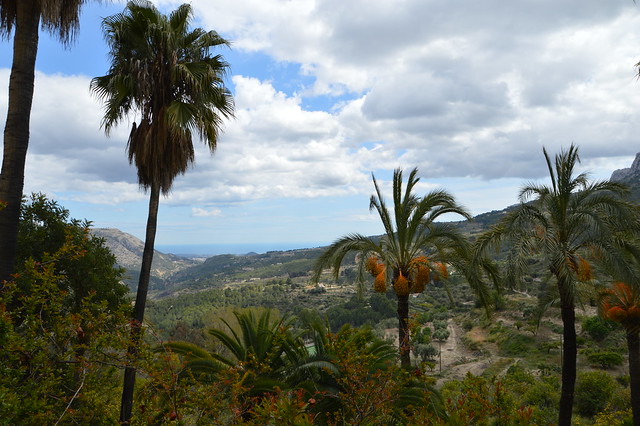 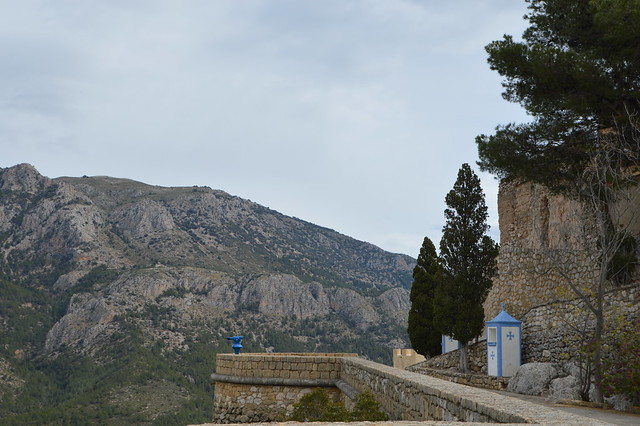 Besides the castle, Guadalest is a gem to visit. The white houses, the narrow streets and the many souvenir shops and restaurants make it a pleasure to explore. 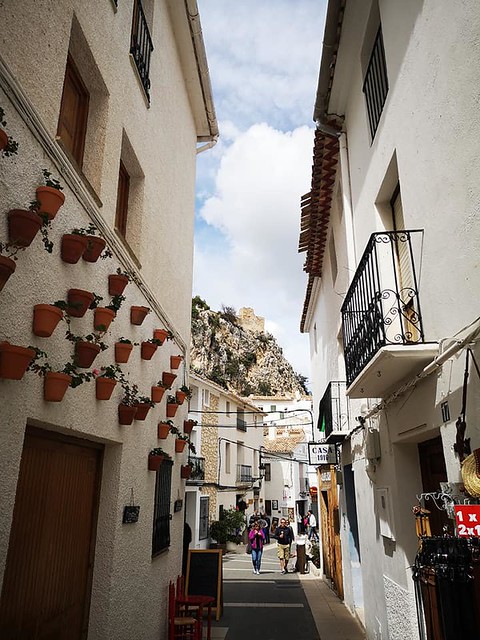 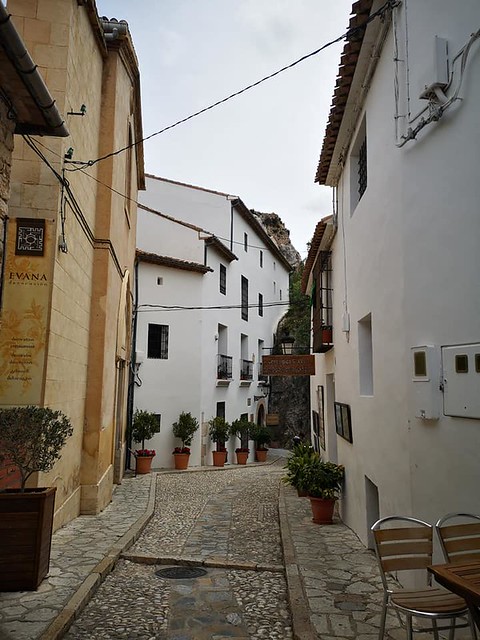 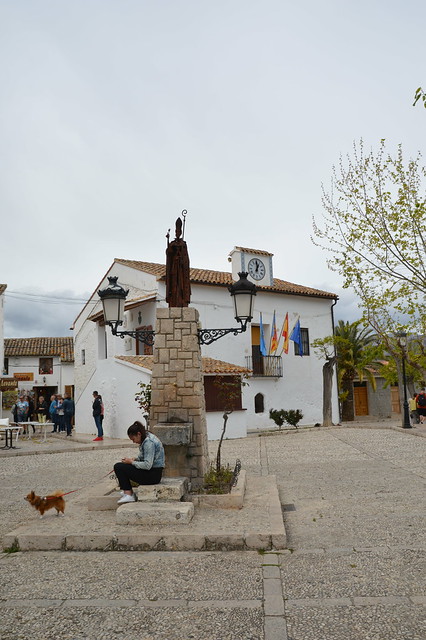 We visited the castle and village in April. The temperature was nice (a bit windy at times which made a bit cooler than it normally is in April) and it was pleasantly crowded with tourists. I can imagine thought that in the high season, this little village can be too hot and too crowded. Try to visit outside the summer months or if you do visit in July or August, you might want to visit Guadalest early in the morning or as late as possible to avoid the masses and the heat! 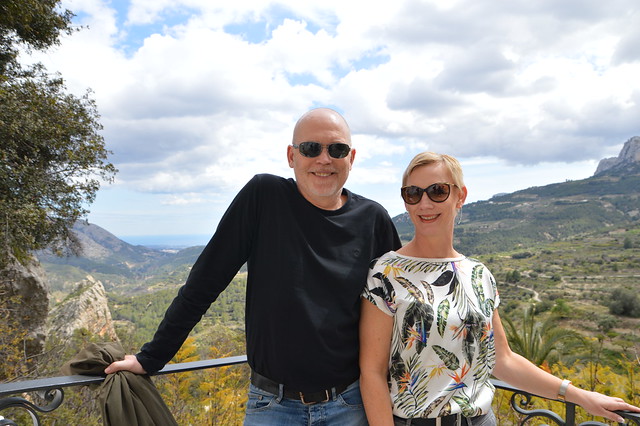 Does this blogpost tempt you to to visit the village and castle? Why not check this site then for more tourist information. 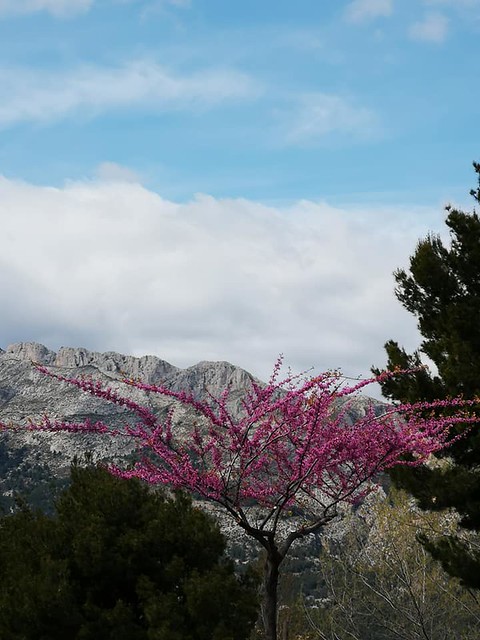 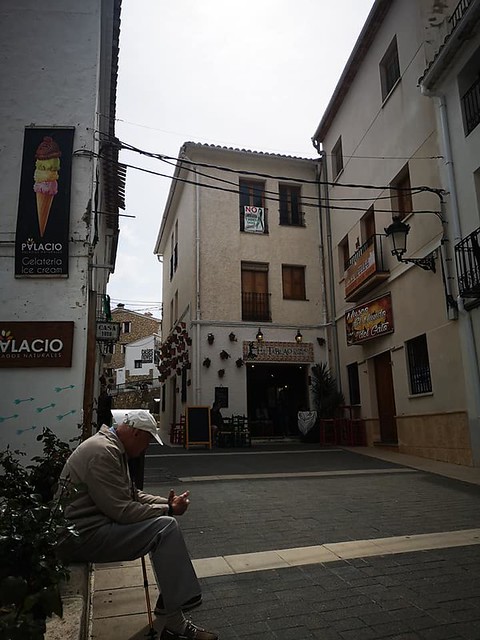 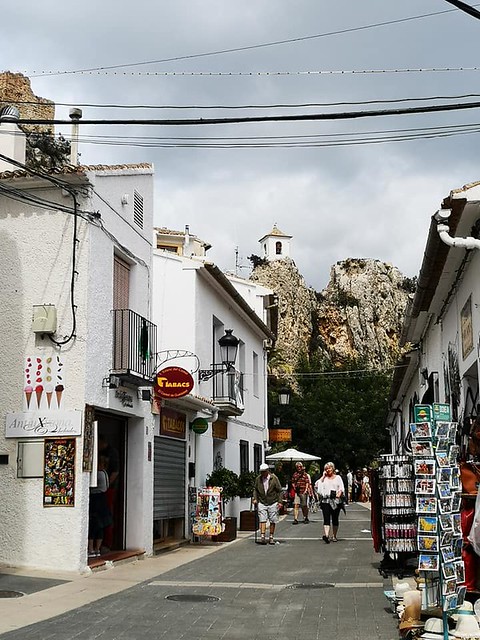 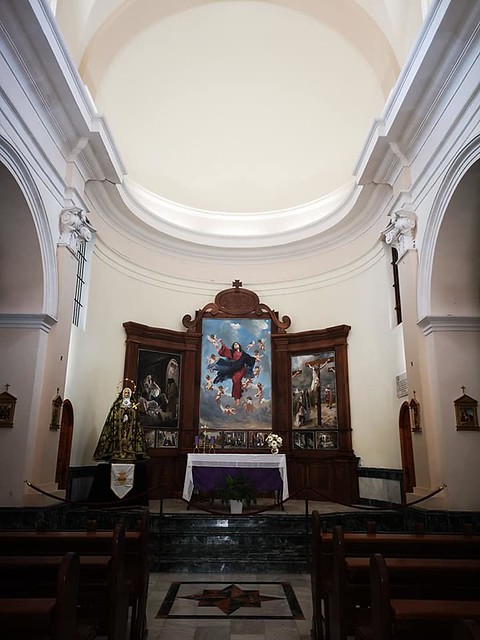 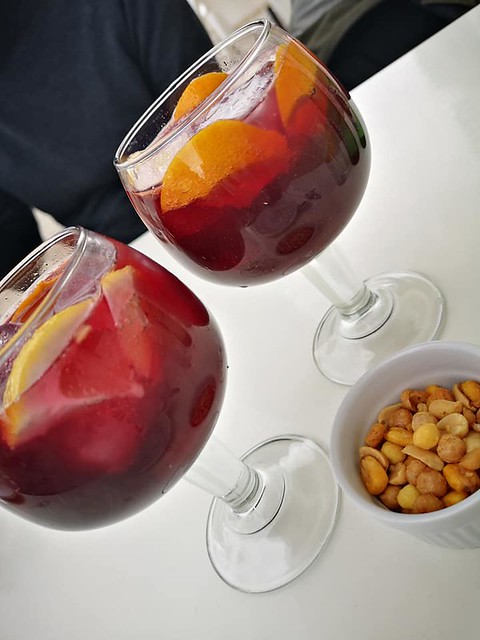 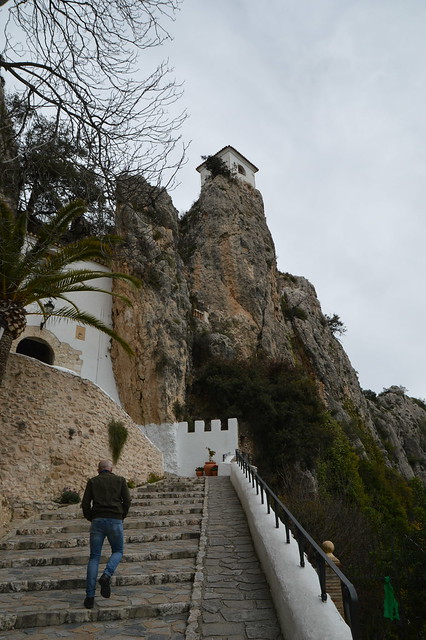 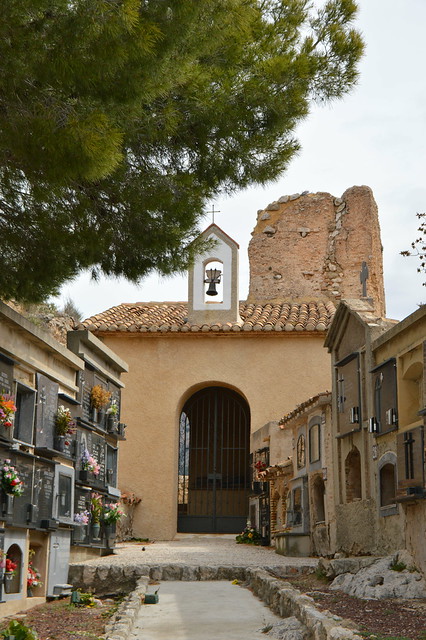 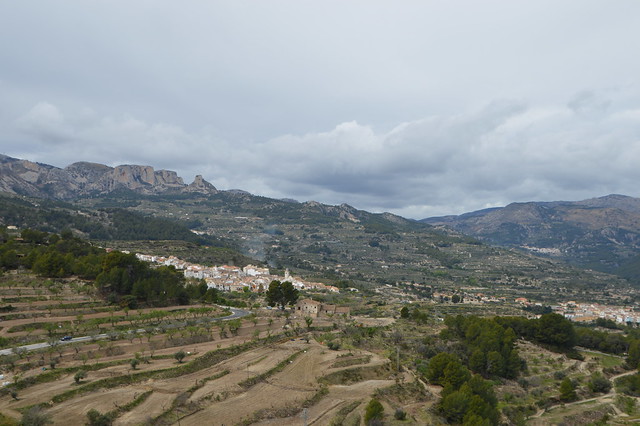