I already did several posts on Antwerp and believe me… there will be some more in the future! Antwerp is very close to my hometown so we visit it very often. We usually go there to have a stroll through the old part of town, to have a drink at the Dageraadplaats, to visit the trendy Zuid or to go to the Eilandje and its surroundings.

This time I will tell you something more about two beautiful buildings we recently visited : the Stadsfeestzaal and the Bourla Theatre. 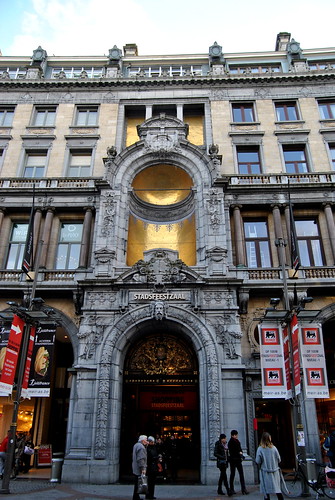 First I will tell you something more about the Stadsfeestzaal.

This early 20th century building was designed by city architect Alex Van Mechelen. It was used for several occasions (exhibitions, trade fairs,…) and in 1983 it was officially declared a listed building.

The intention was to have the building renovated in 2000, but in December 2000 there was a fire which destroyed practically the entire building so renovation works were obviously  delayed and it wasn’t until 2007 that the Stadsfeestzaal could reopen its doors… but it looks truly spectacular! Gold leaf was applied on countless ornaments in the historical main hall making it look very grand and chic (source : Shopping Stadsfeestzaal).

Marvel at the grand staircases, look up to the fantastic roof and walk around on the first floor which gives you fab views on the inner hall.

The Stadsfeestzaal offers housing, shopping and leisure activities and you should definitely pay a visit when in the neighbourhood. 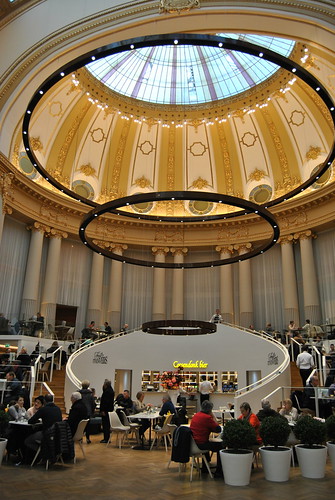 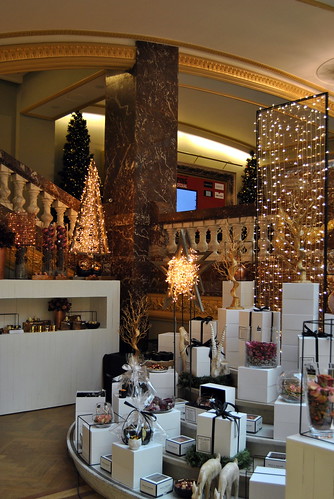 You may remember my outfit of the week from a couple of weeks ago… with the electric blue coat? Well, some of the photos were taken at the Stadsfeestzaal. I enclose one here as a reminder (but you can always check the post here). 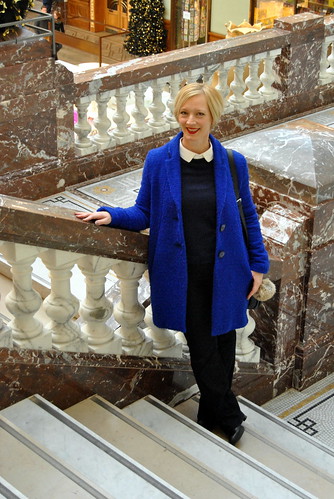 After doing a bit of shopping at the Stadsfeestzaal, we walked towards Hopland and the Schuttershofstraat where a lot of high fashion brands have their stores… Armani, Philip Plein, Karl Lagerfeld, Chanel, Natan, Gucci, Delvaux,…

I always love doing a bit of window-shopping… drooling here, dreaming there… looking never hurt anyone now did it 🙂 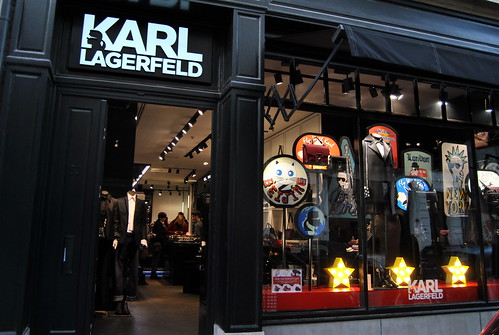 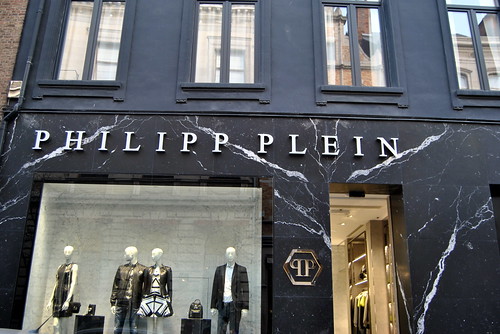 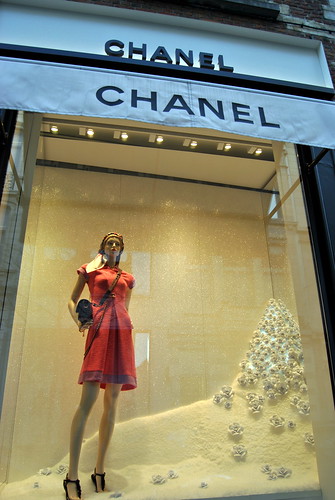 All that window-shopping makes someone very thirsty of course so we went to the Bourla Theatre to have a drink.

This building is a 19th century round building, which is used for theatre performances of Het Toneelhuis.

The architect, Pierre Bourla, used theatres in Paris, Dijon and Straatsburg as an inspiration for his design and it became one of the best-known theatres in Europe. The theatre fell into disrepair and was closed in 1980.

In 1993 Antwerp was the cultural capital of Europe and for this occassion, the theatre was renovated.

The foyer of this theatre is a grand place for brunch, lunch, diner or just a glass of wine or cava in the afternoon. Don’t be shy to go up there… just do it and enjoy your drink whilst sitting in this spectacular place!

I hope you liked this post on Antwerp and it gives you inspiration for your next trip to this beautiful town! Make sure you scroll all the way down to see all the fab photos…

Have you read this post about Het Eilandje and Paleis op de Meir (both in Antwerp) ? 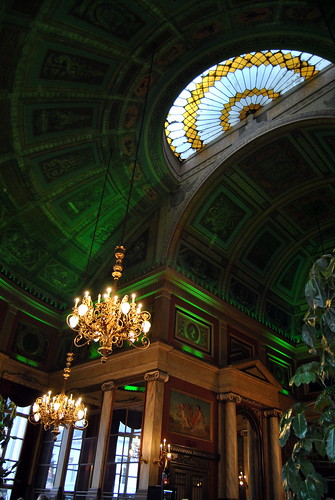 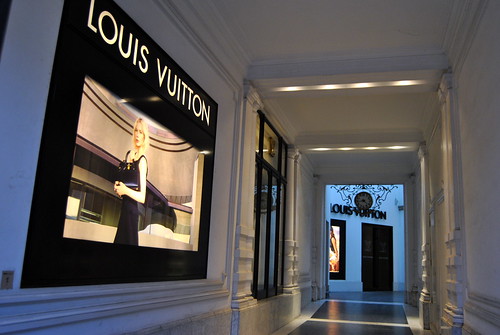 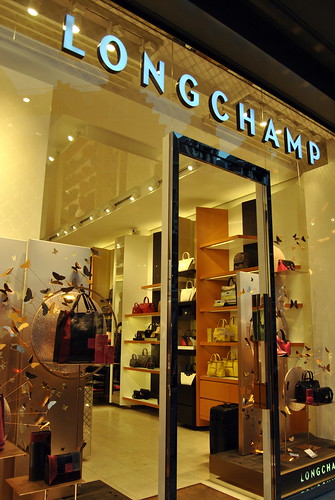 This entry was posted in Belgium, Travel and tagged belgium, bourla, stadsfeestzaal, Travel.