Tournée Minérale – how did I do?! 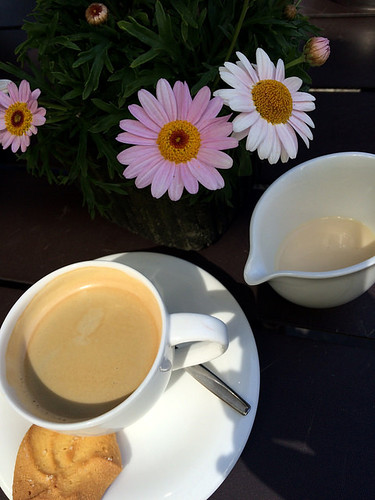 OK… one month has passed since I started my no-alcohol challenge with Tournée Minérale. Yesterday was the last day of the challenge and today I will tell you how I’ve been doing!

Four weeks ago you could read a post on the start of this challenge and a bit information on Tournée Minérale as this was a joined challenge. Then there was an update a couple of weeks ago where I told you how I had been doing the first half of the challenge.

And now, on the first day of March, I will you fill you in on the results… Did I drink alcohol or not? What about the reactions I got? And what about my skin?!

But first let me tell you how these last couple of weeks have been going. In my update I told you about the wildcard I was going to play during the tasting of the menu from my sister’s wedding.  Well, I did have a glass of cava… I did drink the assorted wines with the different dishes and I did drink an Italian coffee… and you know what? I am not sorry!! It was all so delicious and I thoroughly enjoyed the evening.

But I only used one wildcard during the entire month of February, which was a month filled with parties… so I think I really did ok. If in one month time I drink alcohol on one event instead of the 7 I had, I think I can be really proud.

Tournée Minérale is aiming to ban alcohol for a month, but it’s even more so about becoming aware of your drinking habits.

It’s all psychology if you ask me… when you know you can get one reward during the entire month, it makes it easier to persevere. And actually, I have made an agreement with myself… every month I will pick a couple of events on which I will drink alcohol and leave it at that. I am sure that I can succeed!

Partly because of my wildcard, I didn’t have one difficult moment during the entire month… even though a lot of the people I know thought I might have a hard time!

I was really surprised that I read and heard negative reactions on this challenge.

There were pub owners complaining that they were ‘robbed’… well… they should be creative and see it as a challenge themselves I think!

They should make a virtue out of a necessity and do special offers in their pub. Why not have a ‘mocktail of the month’ instead of a ‘beer of the month’?  Why not surprise your non-alcoholic clients with a little extra. And I’m sure that once word gets around, they would even attract more customers! Definitely food for thought for the next Tournée Minérale I’d say.

And then I also heard someone say that people joining Tournée Minérale are just seeking attention. Yip… I know… I couldn’t believe it myself when I heard it! It made me so frustrated, furious, angry and sad!

Why this incomprehension? Why be so negative? I simply couldn’t understand… I never ever thought I would have to defend myself for not drinking alcohol for a month. It is my choice to ban alcohol for a month… why should I account for joining a healthy challenge?! If everyone would respect another person’s choices, life would be so much nicer! 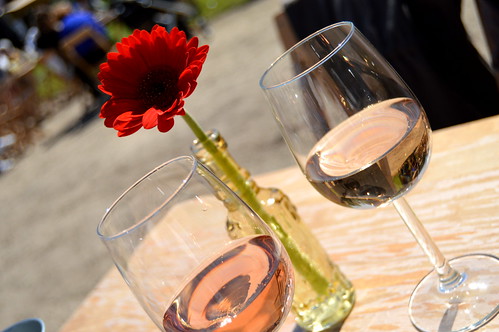 One of the reasons why I joined Tournée Minérale, is that I wanted to know what the effect on my skin would be. An alcohol-ban should do wonders to your skin… or so I had read…

Well I must say that after one month I don’t see spectacular changes… I don’t look  (or feel!) fresher in the morning,  I still look puffy around the eyes and my pores haven’t really diminished… perhaps one month is not long enough to see the benefits on your skin… which is a pity of course 🙂

One thing that I have noticed though is that the redness around my nostrils has diminished. I don’t know whether it is because of me not drinking alcohol or because of the daycream I am currently using, as that also works on redness of the skin. Anyway… It has diminished and that’s what’s most important!

On the other hand, one month without alcohol has certainly had a positive effect on my weight. Now I must say that this month I watched my eating habits as well as I really wanted to lose some winter-fat before going shopping for my sister’s wedding. So my weightloss is not entirely due to my alcohol ban, but I managed to lose 3,2 kilos in just one month.  I am quite sure that skipping alcohol has really helped me losing so much weight in such a short amount of time, which is a big bonus of course 🙂 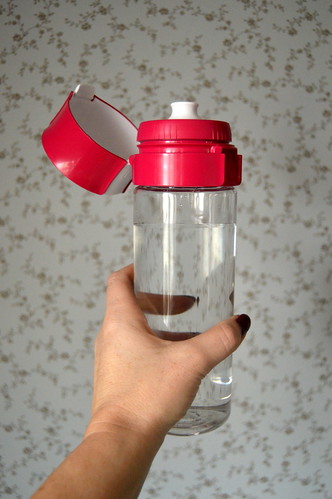 Now this month without alcohol (except on that one occasion) has finished, I am not exactly craving for alcohol you know. I am just determined to stay more aware about my drinking habits.

For the month of March I have picked 3 occasions on which I will drink some alcohol: a day out with my husband (when we will be celebrating our wedding anniversary), a sushi-workshop which comes with assorted wines (and the drinking will be limited to maximum 2 glasses as I still have to drive home) and then I will pick one Friday evening where I will treat myself to some after-work wine…

I am sure that if I can keep continuing like this, the amount of alcohol I drink will be much less than what I would normally drink… yip… I did well and I think I can be proud of myself…

Did you join Tournée Minéral? How did you do?! 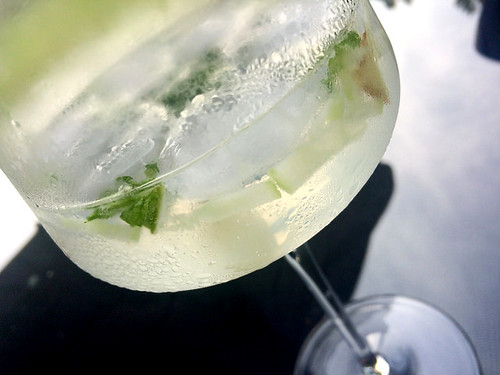 This entry was posted in Challenges, Personal, tournée minérale.

Congrats on the accomplisment, there are always people who have to have negative reactions, best to ignore and do what is right and feels right to you.

Thanks for your lovely comment Vivi 🙂 but I was happy with that one wildcard, can you believe that 😀 But I will continue that way… for March I give myself 3 wildcards… and I will use one today 😉 Love, Kathleen x

Thank you! Have a lovely weekend 🙂