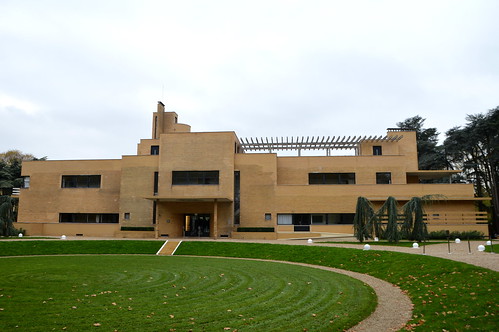 A couple of weeks ago, I went on a daytrip with my best friend Katrien. She had organised the day as it was a belated surprise for my birthday, so I didn’t have a clue where we would go.

We were heading towards the North of France and during the car ride I was guessing where we would go… but I could never have guessed our destination as I had never ever heard of it before: Villa Cavrois in Croix, near Roubaix.

Villa Cavrois is a large modernist villa, designed in the 1930ies by architect Robert Mallet-Stevens. He didn’t only design the building, but also the interior and the gardens, which means that everything is complementary, functional and everything just fits in so well. 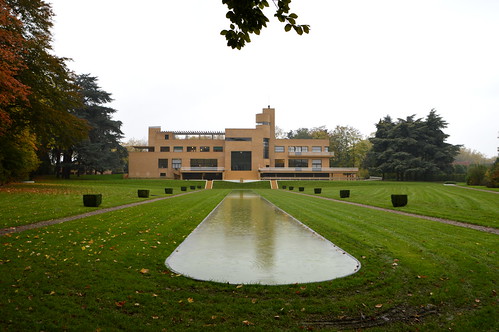 The villa definitely must have been the odd on out in the neighbourhood because of its elegant, airy design. It was built for industrialist Paul Cavrois and his family (he had 7 children!) and the household staff.

Upon arrival you are immediately taken by this large, yellow brick building with black  grouts, which emphasize the lines. Throughout the design of the villa, furniture and gardens, lines are so important, you will notice that in the pictures! 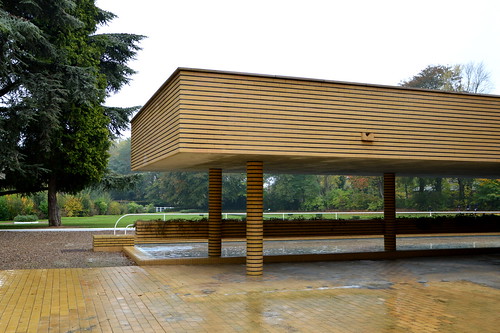 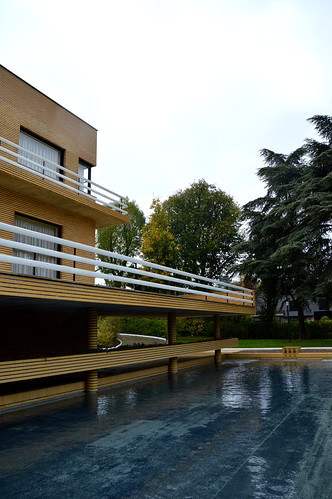 When you enter the villa, you come into a large, welcoming entry hall. Going through a double door, which is bordered by big lightboxes, you enter the impressive salon. What struck me was the size of the windows and the view towards the meticulously designed garden. From the salon you go into the dining room with an adjacent smaller dining room for the children. 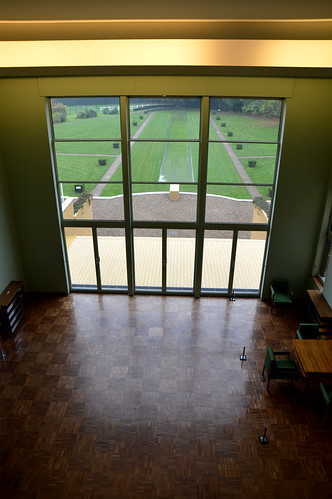 Going further in the villa, you see the kitchens (which are so clinical!), the bedrooms, bathrooms and playroom of the children, the parents’ wing with a large bedroom, boudoir and a massive (!) bathroom, the study, smoking room and much more. 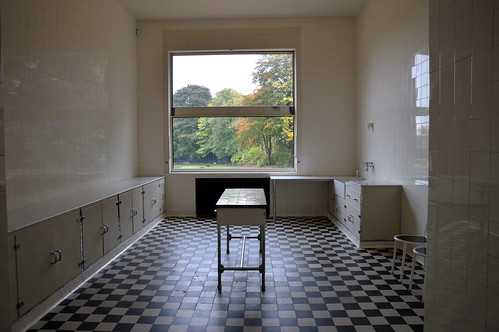 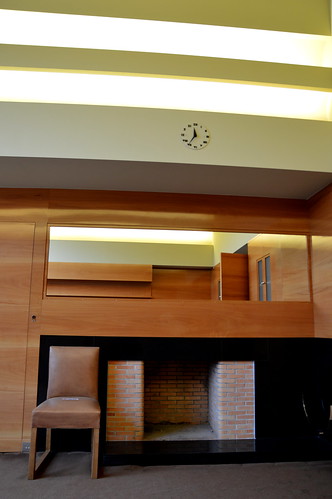 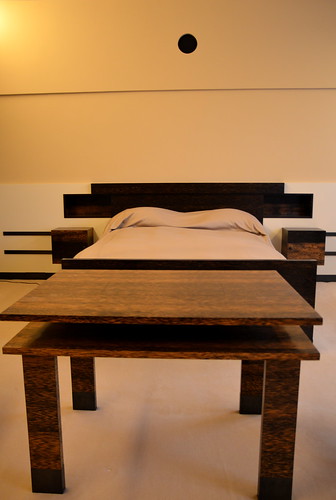 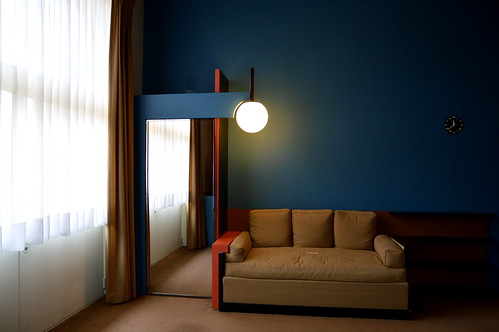 The materials that are used are all of high quality: marble, wood and metal are used throughout the villa which must have been so high tech for its time: electricity in every room, telephones, an elevator, hot and cold running water, air conditioning, towel heaters,… and also the lighting is of extremely high standard. 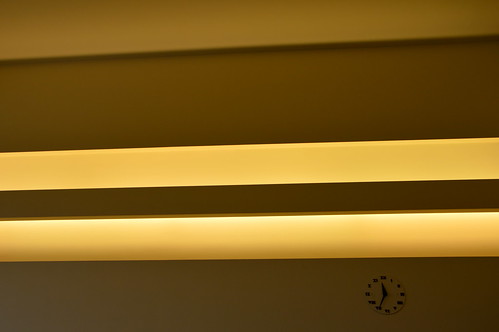 During the second World War, the German Army requisitioned the villa, but after the war, the family could move back in.

In 1986 Madame Cavrois died and the house was sold. Quickly the villa was abandoned and nearly completely destroyed and ransacked. Fortunately in 2001, the building was bought by the Ministry of Culture and after a lot of historical and archaeological research, restoration could begin. 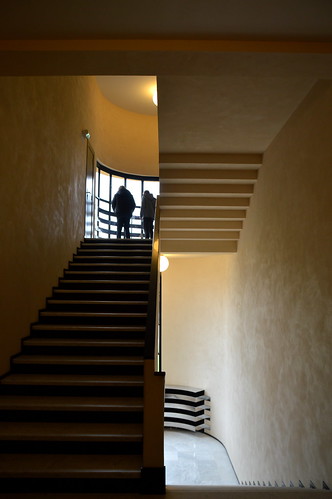 No efforts were spared and during this exceptional project,  highly skilled craftsmen used their expertise to reproduce the designs of Mallet-Stevens as faithfully as possible.

In 2015, Villa Cavrois opened to the public and it is now a national and international reference point for modern architecture and design.

What do you think of this villa? Would you like to visit it? Check out their website for more information!

Here you can read a post of our visit to the Rietveld-Schröder House in Utrecht. 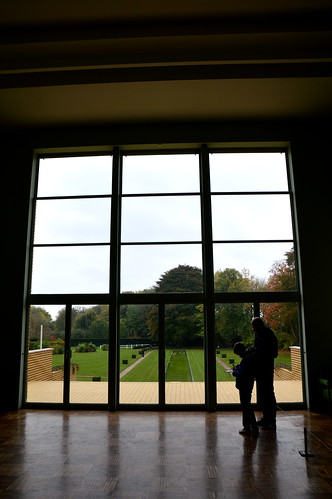 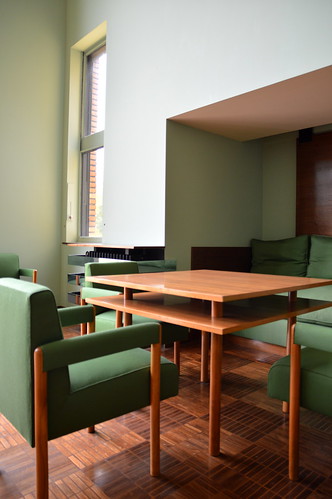 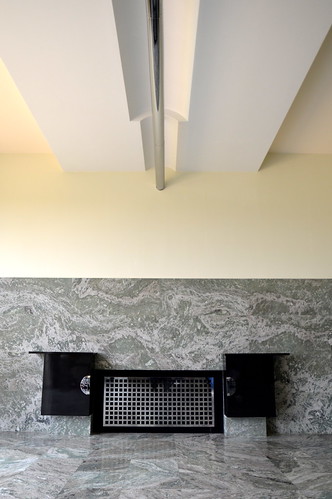 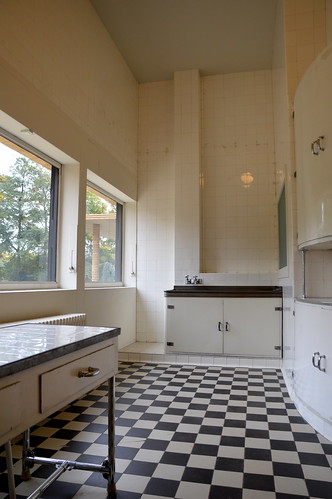 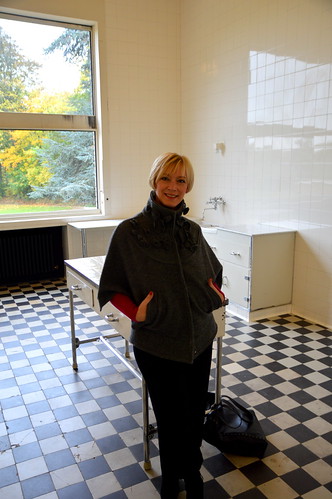 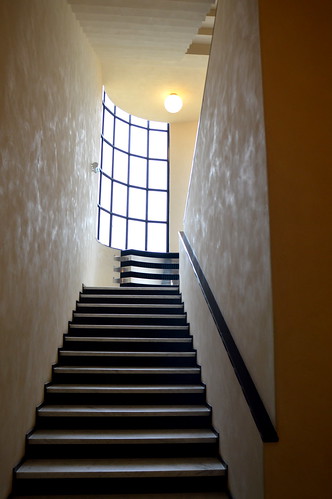 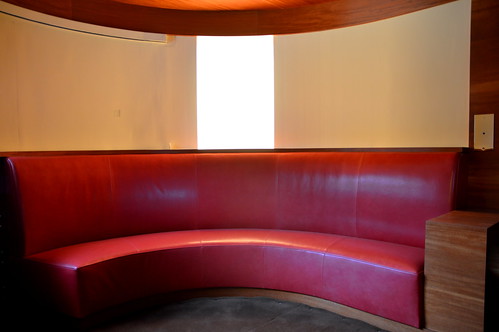 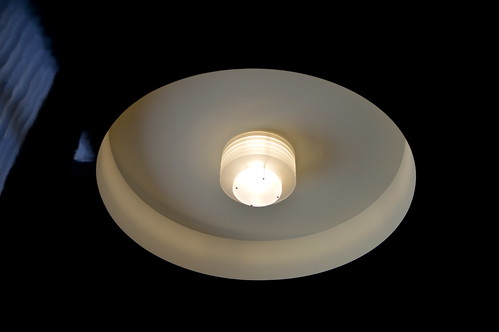 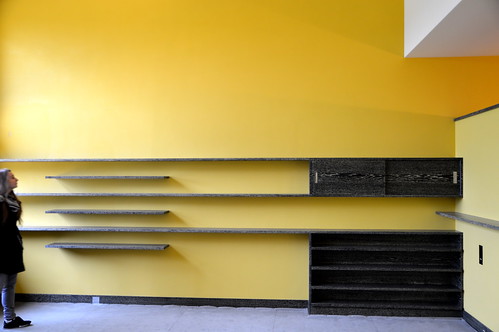 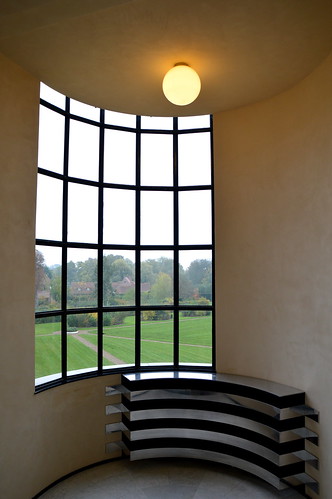 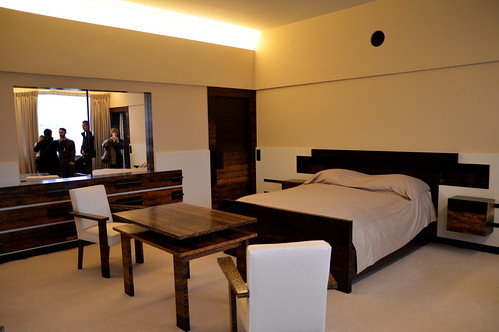 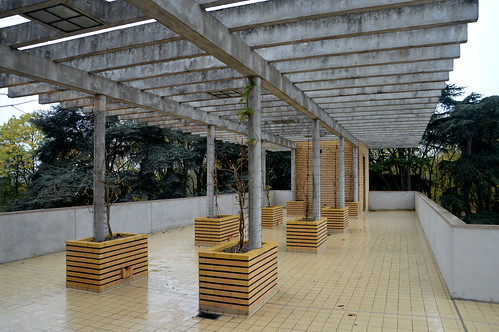 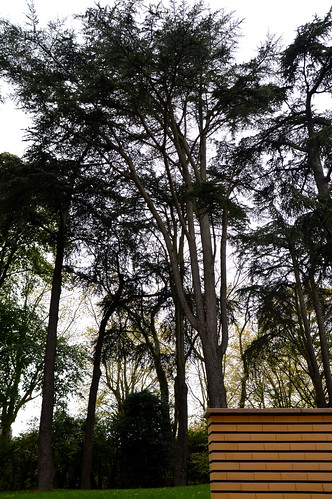 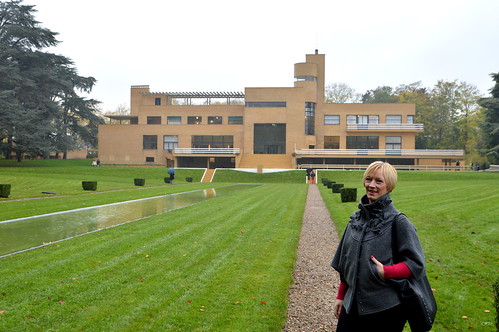 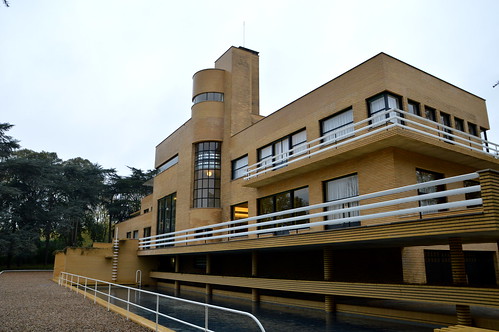 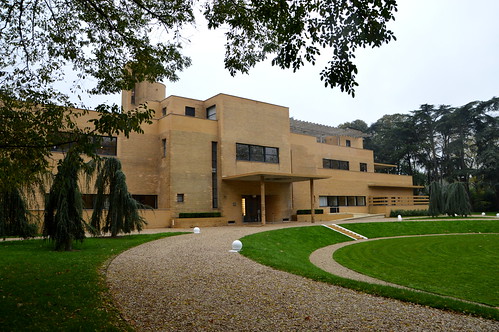