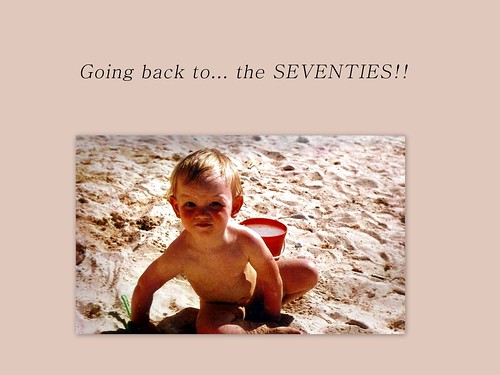 What better day than to reminisce about the good old seventies than on the second day of 2018?!

Some time ago I took you back to my early childhood in the seventies (post). Today you can read the second part of this trip down memory lane… enjoy!

In the first part of this post, I told you about my favourite film, book, outfit, beauty item and holiday memory. Read on for some more seventies stuff…

In our house there was always music. The radio was on or one of my dad’s albums or tapes were being played. I remember Donna Summer, Blondie, The Rubettes, the songs from Grease, and so much more!

I also liked ‘Music’ from John Miles very much. Some time ago I wrote a blogpost about how my dad gave me the single for my 8th birhtday (you can read that post here). So that was my first single… but what about my first full album?!

Every year the entire family watched the Eurovision Song Contest. It was one of the few occasions of the year we were allowed to stay up until late.

In 1979 I was intrigued by the song ‘Making your mind up’ from Bucks Fizz which was the UK entry for the Eurovision Song Contest. It was such a catchy song and  loved how they danced. I was seriously impressed when the guys pulled off the longer skirt of the girls to reveal a very short one they wore underneath! You can check out the video here 🙂

So my very first full album was one from Bucks Fizz. Unfortunately a couple of years later it was ruined as I had left it standing besides the pipes of the radiator… the album had completely distorted!!! RIP Bucks Fizz…

I loved a Flemish television show called “De collega’s” (= “the colleagues”). This was a weekly television series about some colleagues who worked in the office of a department of the government. Everytime I had seen an episode I would play “the colleagues” on my own… playing with papers and files etc… feeling very important as I would solve all problems of course! 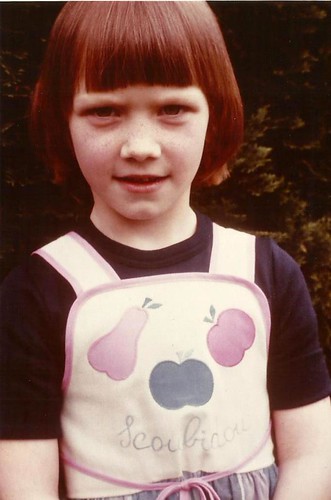 We often played boardgames like Monopoly and Scrabble. Another game we played was “Pim Pam Pet” which was a word game. We also played cards.

But what I really liked was playing outside. Ropeskipping, climbing trees, going on ‘adventures’ with friends and my nephew… I liked that heaps!!

What did I do during the weekends?

During the weekend we used to watch television. There were these cool game shows for kids on the Dutch television (I remember one called ‘Ren je rot’ which I loved so much). Those Dutch shows were waaaaay better than the ones on the Flemish television!!

Every Sunday afternoon, my dad would pick up my grandma to spend the afternoon with us. She used to bring cake or patisserie so I always looked forward to those Sunday afternoons!!

THE event of the seventies definitely was my Holy Communion when I was 6 years old. I know how we practised all the songs and how we practised to receive our First Communion (left hand above our right hand!!). We definitely liked practising that as our teacher would give us a candy instead of a real communion wafer 😀

But I also remember my dress and the pictures that were taken beforehand (and how I had hurt my hand a couple of days before those pics were being taken!). I don’t remember anything from the mass itself though… I guess I found that a bit too boring to remember 😉

And I do remember us visiting all our family and friends… These days you invite everyone at your home or at a banquethall and give one big party, but those days you got invited by friends and family. So my dad had made a schedule as we had so many places to go to! And everywhere I got a present and we had to eat cake and candies… those were the days 😛

Moment of the decade?

The moment of the seventies is being born… Obviously I cannot remember that moment, but I am glad I was born at the beginning of the seventies so I could grow up in this fun and fab decade!!

And that rounds up these two posts about my early childhood! Soon you can read all about the eighties… 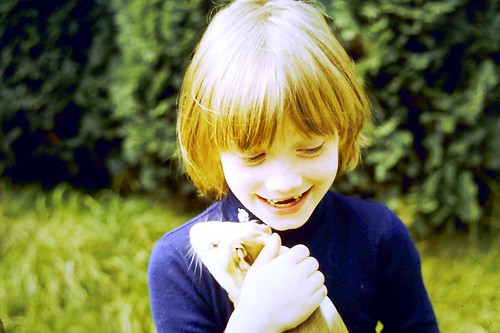