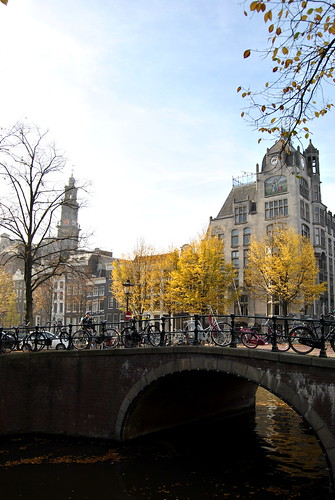 So my sister, brother-in-law and their three kids, my husband, my two daughters and myself went to Amsterdam a couple of weeks ago. Last week you could read part I on our daytrip to Amsterdam and guess what… here’s part II 🙂

I’ll pick up where I left off.  After our lunch at Lotti’s, the restaurant of the Hoxton Hotel on the Herengracht, we continued our walk in beautiful Amsterdam.  We strolled down the Herengracht, making our way to the Westermarkt, where the Westerkerk chimes its bells. 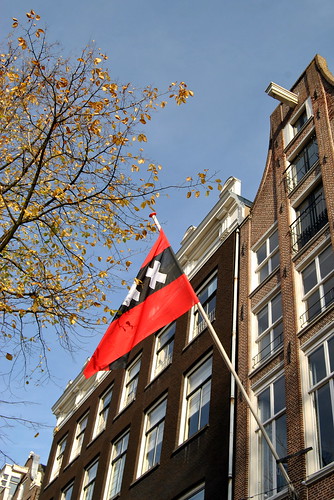 When crossing the Westermarkt, you will probably see a line of people waiting to get into Prinsengracht 263, the Anne Frank House. This is the house where Anne Frank wrote her famous diary as she had to hide during the second World War.

The small house attracts thousands and thousands of visitors each year. If you want to visit this piece of 20th century history, make sure you book your tickets well in advance!

The Westermarkt is the border between the historical city centre of Amsterdam and the Jordaan. The Jordaan is a neighbourhood which was built at the beginning of the 17th century, to provide housing for labourers, sailors and their families. The quarter was renovated in the 20th century and is now a cosy maze of little streets, public squares, bridges and canals. Nowadays a lot of students and artists live in this neighbourhood. There are heaps of little shops, bars, colourful groceries,… 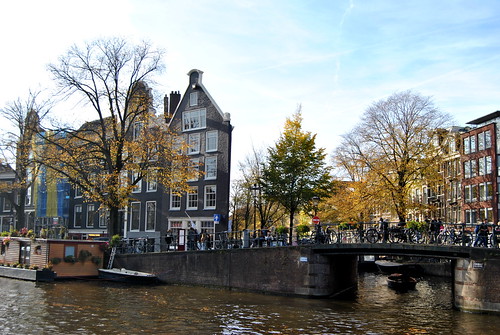 We didn’t spend a lot of time here as we headed back into the city centre until we reached the Dam, the historical place where the Royal Palace is situated.The palace is a building in classicist style. It is built on more than 13.000 posts so that it won’t subside in the boggy land. Inside, there are lots of beautifully decorated parlours to be visited. The palace is still used for several ceremonies. 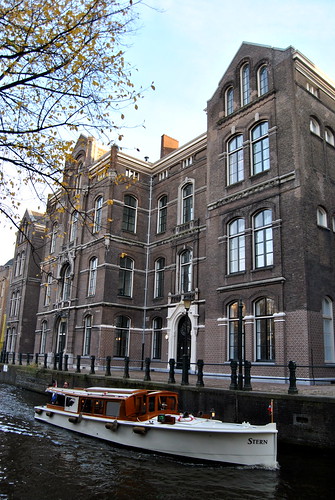 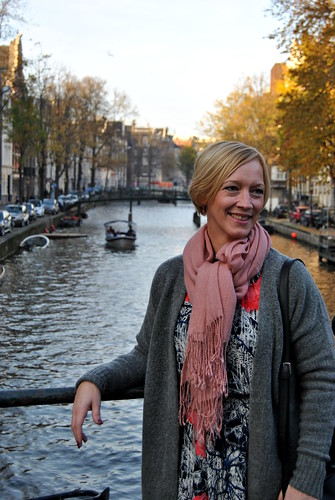 On the Dam you can also find Madame Tussaud’s. We walked past this museum though and into the Kalverstraat, the very crowded shopping street offering all famous chain stores like HM, Topshop,… We did some shopping for our kids and then walked towards the Oudezijds Achterburgwal, where the famous red light district can be found. OK, we were there with our kids (the youngest being 12), but it wasn’t dark and we avoided the small side streets. This neighbourhood is of course famous for its sexshops, the women of easy virtue, the Erotic Museum, The Hash Marihuana and Hemp Museum but besides all this, it is just such a beautiful piece of Amsterdam with lots of bridges, monuments and little canals. 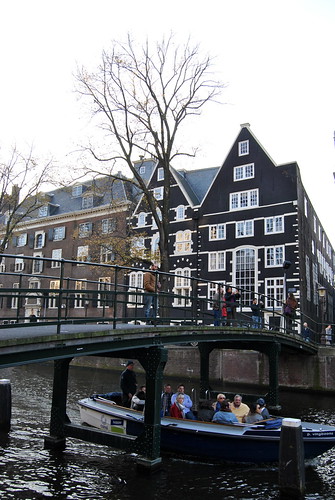 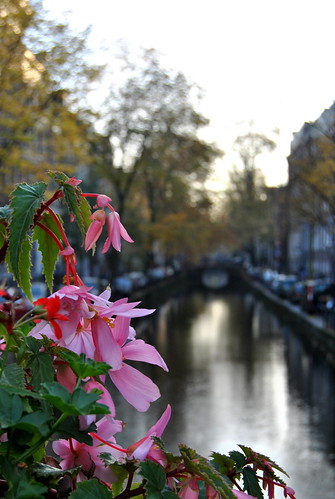 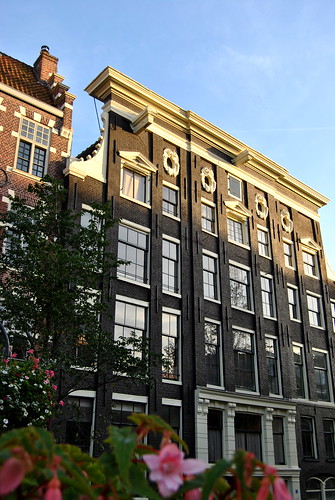 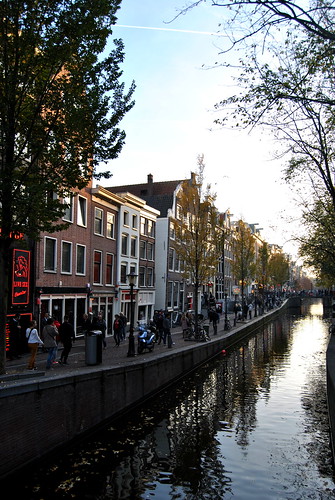 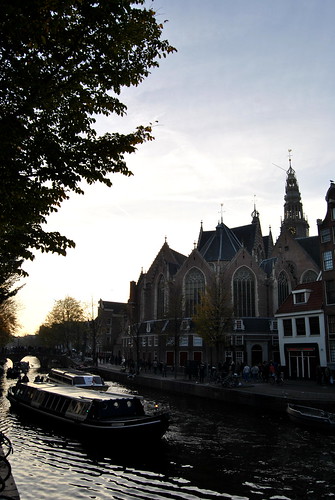 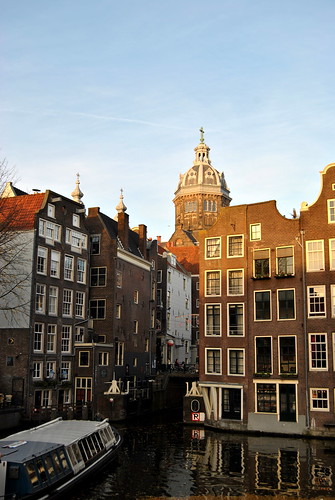 We walked towards Central Station, an extraordinary building from the late 19th century, built on three artificial islands in the harbour. It is a gigantic building in neo-renaissance style and built in red and white bricks. 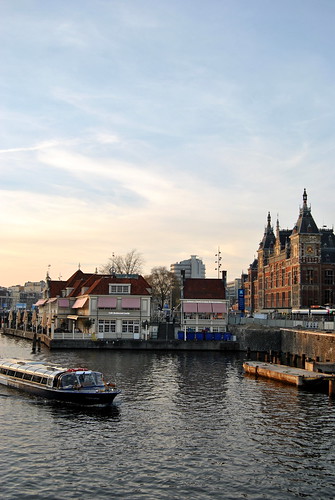 Arriving at the station, it was about 5.30 pm and we split up into two groups. My husband, youngest daughter, my brother-in-law and my youngest nephew took the train to the Arena, the big football stadion in an Amsterdam suburb. They were going to watch an Ajax game (that football game was actually the reason for our daytrip… and Ajax won with 6-0 that night 🙂 ).

The rest of us (my sister and two of her kids, my eldest daughter and I) took a boat trip on the Amsterdam canals. We were glad we could give our feet some well-deserved rest and enjoyed the sights of an illuminated town. We passed a lot of things we had seen during daylight, so we could now admire it at night. It was very beautiful and I can certainly recommend such a boat trip (although it is such a typical thing for tourists I know!). 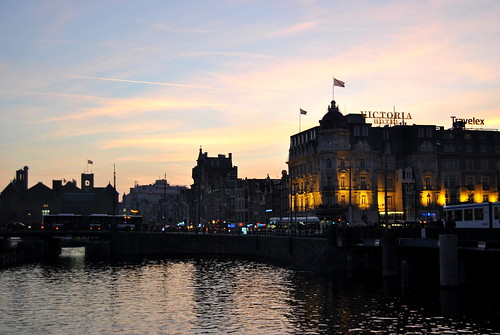 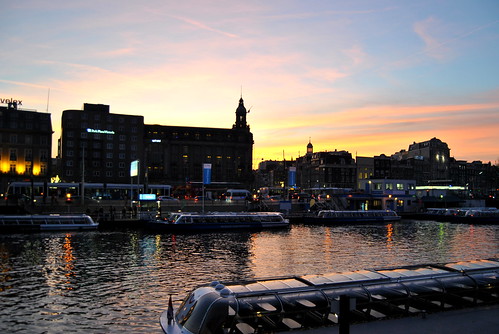 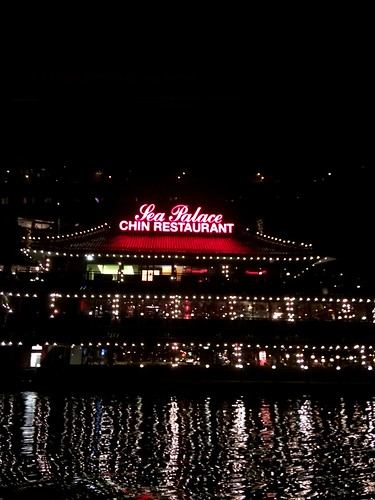 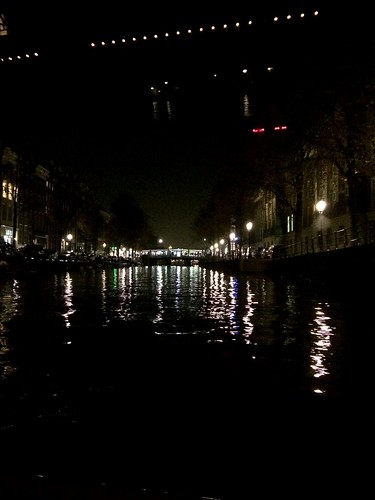 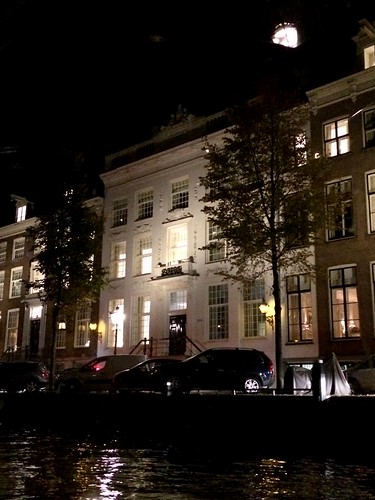 After the boattrip we went to a pub to have some drinks. As it was Halloween that night, we saw lots of strange, creepy creatures walking through the town wich was fun to see! Most of them had put a lot of effort in their costumes and make-up. In the bar where we had our drinks, we could let a make-up artist give us the creepiest face, but we decided not to… we were already imagining us turning up as a bunch of zombies (in normal clothing) at the car park to meet our unsuspected husbands/kids though… 😀 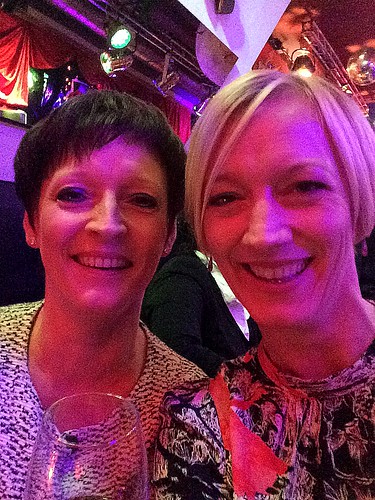 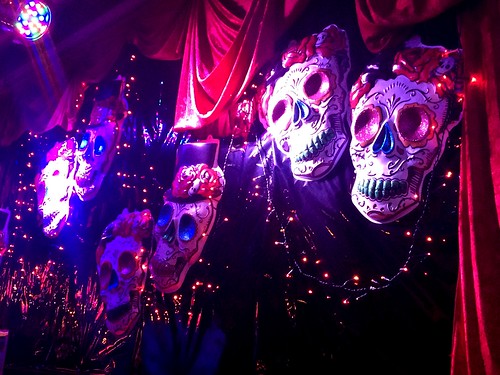 As our normal selves (which is already weird enough!) we met up with our husbands and kids at the RAI car park. We’d had a fantastic day… good weather in a fab town with lovely company… what more can a woman ask for ?!

Have you already visited Amsterdam? And where you as charmed by this beautiful Dutch town as I am? Do tell in the comments below!