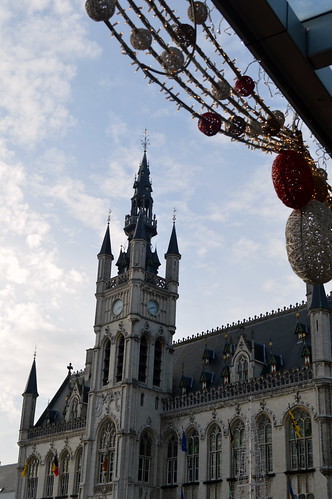 This weekend I visited Sint-Niklaas, a city in Oost-Vlaanderen.

I used to live in a suburb of Sint-Niklaas and I went to school in this city for 10 years so I know the city centre quite well. But as I moved town after I married, nearly 22 years ago, I visited Sint-Niklaas less and less and the past few years I only go to Sint-Niklaas to go to the hair dresser’s, the cinema or to go to the Waasland Shopping Center.

But this past weekend my son and nephew went to the cinema in Sint-Niklaas. I offered to give them a ride and wait for them for the film to finish, which gave me a couple of hours to stroll around in the city centre and visit things which I hadn’t seen for half a lifetime!

After dropping off my son and nephew at the cinema (may the force be with them!), I walked past the train station and headed towards the Prins Albertstraat. In this street you can spot several beautifully renovated buildings with Art Nouveau features like balconies, pillars, stained glass and ceramics on the facade. 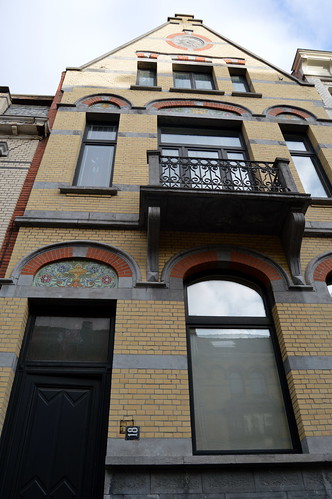 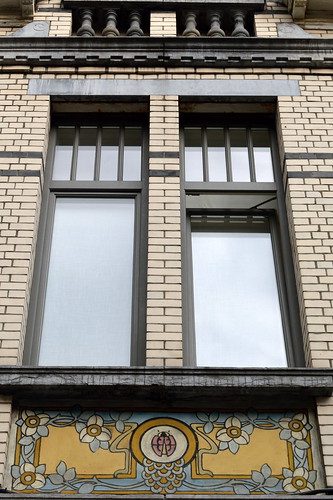 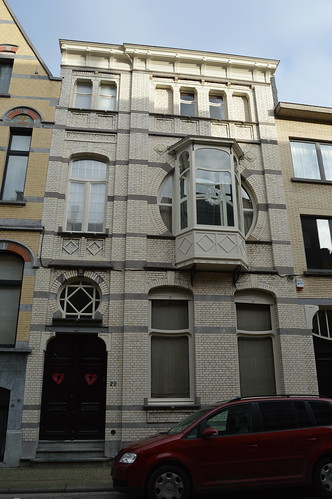 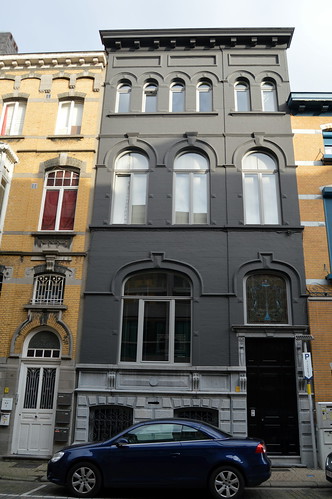 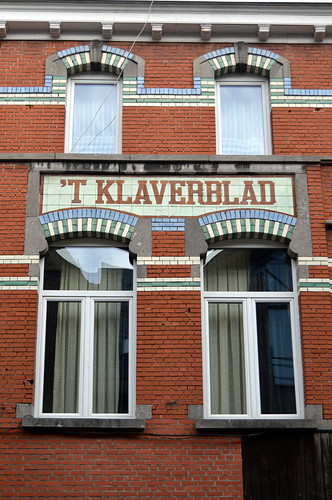 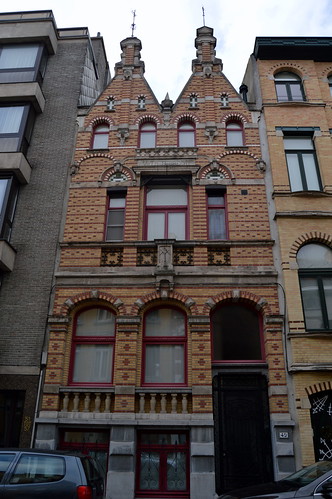 I strolled towards the Regentieplein, which is surrounded by a couple of fine buildings, like the one in which interior designer Bjorn Vaes has his shop with lots of beautiful, rural furniture and decorations. Definitely a must visit when you’re in the neighbourhood… I was so tempted to buy like everything in this shop!! 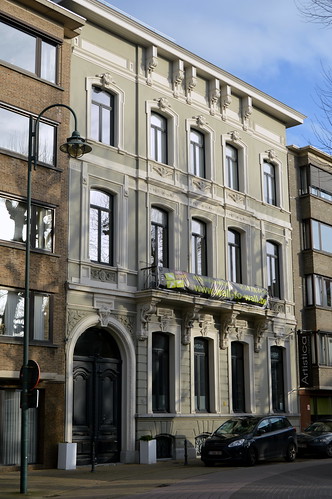 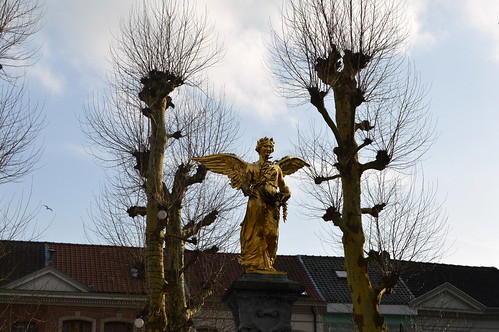 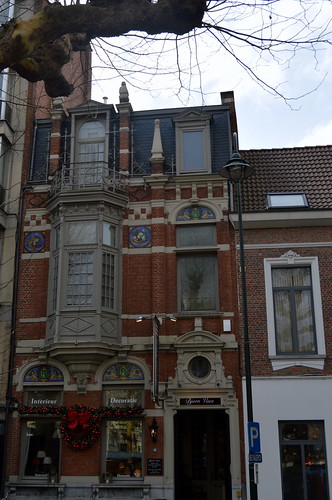 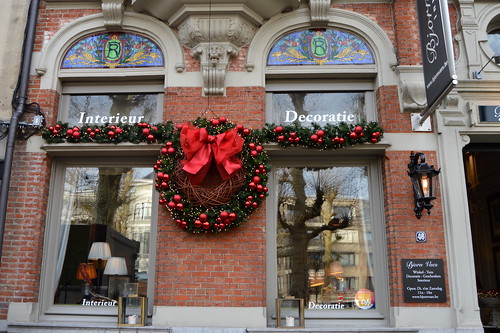 In the Zamanstraat there are several buildings from the early twentieth century with Art Nouveau details and the castle ‘Alfons Janssens-De Schrijver‘ is also situated in this street. It is such a pity how this beautiful complex is deteriorating… the city should definitely do some efforts here to renovate this 19th century building! 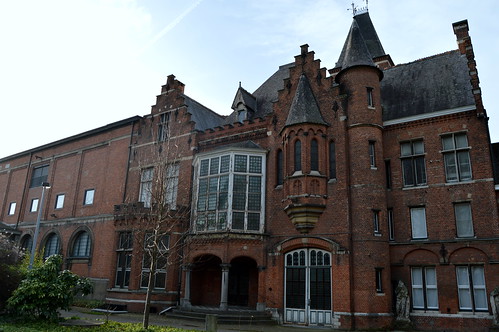 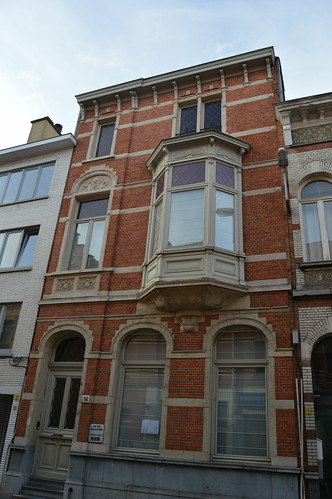 Making my way towards the marketplace of Sint-Niklaas, I passed the Sacramentstraat and the Apostelplein, taking me back 25-30 years… Here I have passed many great moments as a teenager… spending lunch hour in the youth club during my last year in high school, enjoying an after-school drink on Friday afternoon, going to my first school dance,… it was a bit of a trip down memory lane 🙂 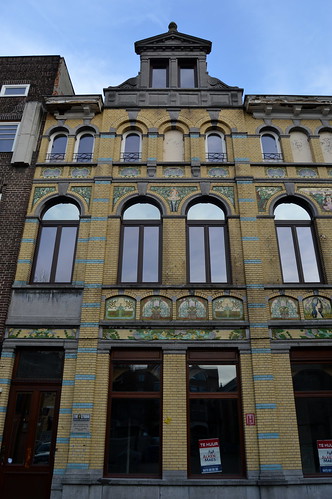 Then I arrived at the Grote Markt. This is the biggest marketplace in Belgium. As it is so big, this marketplace is far from cosy. It is just too big! There are so many beautiful buildings surrounding this place, but they get a bit lost in the vastness of this place in my opinion.

Ten years ago, the marketplace was renovated. This was definitely an improvement as up until then, the place was just one large parking space. The renovations included making a large parking underneath the place and also a wooden footpath around the marketplace, which brings you past several statues. It’s a pity though that they didn’t try to make the place cosier by using more trees and plants.

On the photo below  you see two 17th century buildings : left the ‘cipierage’ (a former prison which is built in flemish-renaissance style) and right the ‘parochiehuis’ (the former townhall which is built in baroque style). 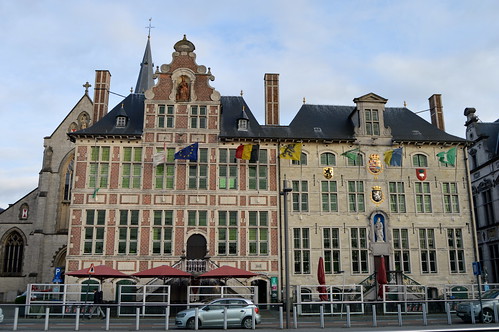 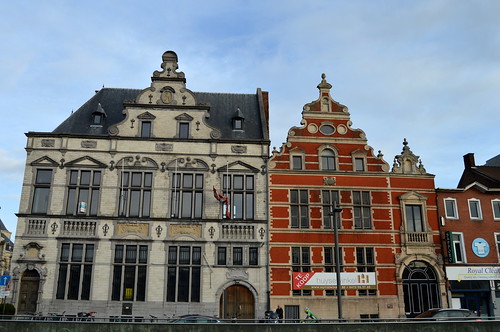 And then of course there is the beautiful townhall which is still used today for several civil services. It is a neo-gothic building, built in the 1870ies. The townhall has a bell tower which chimes its bells often with pieces of music adapted to the season (e.g. when I visited I heard a Christmas song being played). Before the townhall you see the statue of Saint-Nicholas, who is the patron of the town. 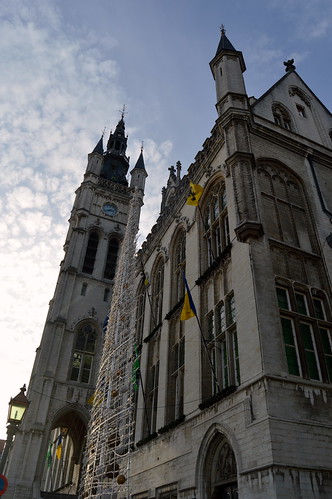 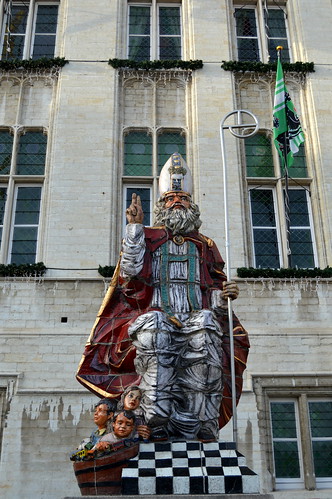 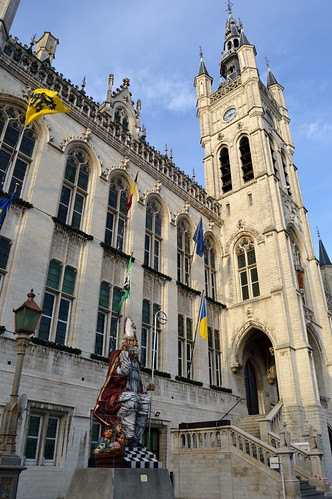 Behind the townhall, rises the Church of Our Lady, a 19th century church. On top of the church is a 6 metre high guilded statue of Our Lady. 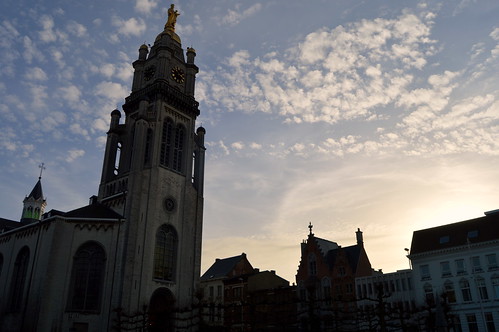 Then it was time for some shopping… I started at De Wael Textiel. This is the shop from Annick, a former colleague of mine. She sells beautiful lingerie, bed and bath linen. She has an extensive range of linen!

I continued my shopping spree in the Stationsstraat, the street between the Grote Markt and the station. This street is stuffed with great stores in beautiful buildings (but I must admit I didn’t notice the facades anymore… I was distracted by the shop windows I guess!). 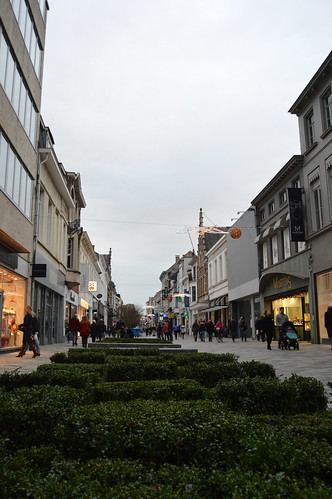 Also in the Stationsstraat is De Casino, a 19th century building which was erected for Sint-Cecilia, the music society of Sint-Niklaas. In this building you can have lunch, a drink and on beautiful days enjoy the garden. In the concert hall on the first floor there are lots of music performances of all kinds (especially jazz and world music) . So check out their calender to see what’s to be expected! 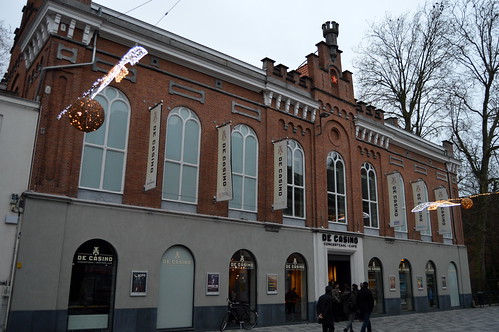 To make my afternoon and my trip down memory lane complete, I ended up eating a Ferrero Rocher icecream from Foubert. They have lots of different icecreams… it was so hard to chose!!! But I wasn’t disappointed with my choice 🙂 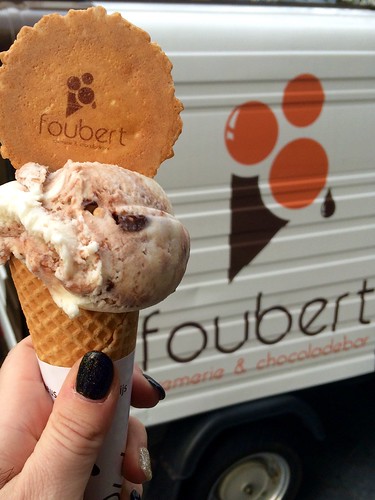 Then it was on to the cinema complex Siniscoop to pick up my son and nephew… they had a great time and so did I ! 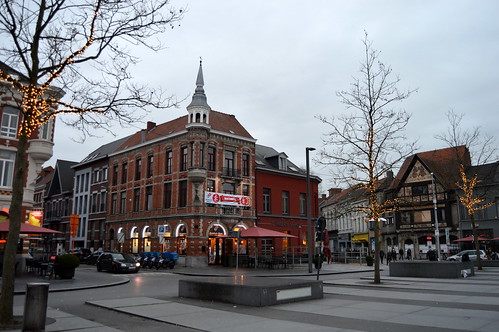 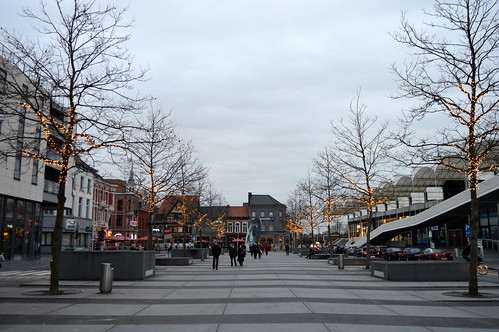 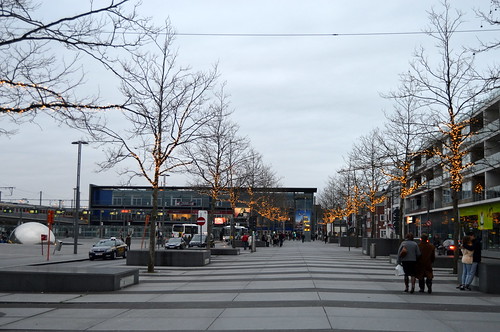