I couldn’t attend our latest book club gathering about ‘Behind her eyes’ from Sarah Pinborough, but I did read the book and below you can read my review!

Behind her eyes – Summary

Here’s the summary I could read on Goodreads:

‘Louise is a single mom, a secretary, stuck in a modern-day rut. On a rare night out, she meets a man in a bar and sparks fly. Though he leaves after they kiss, she’s thrilled she finally connected with someone.

When Louise arrives at work on Monday, she meets her new boss, David. The man from the bar. The very married man from the bar…who says the kiss was a terrible mistake but who still can’t keep his eyes off Louise.

And then Louise bumps into Adele, who’s new to town and in need of a friend, but she also just happens to be married to David. David and Adele look like the picture-perfect husband and wife, but then why is David so controlling, and why is Adele so scared of him?

As Louise is drawn into David and Adele’s orbit, she uncovers more puzzling questions than answers. The only thing that is crystal clear is that something in this marriage is very, very wrong, but Louise can’t guess how wrong―and how far a person might go to protect their marriage’s secrets.’

Behind her eyes – My thoughts 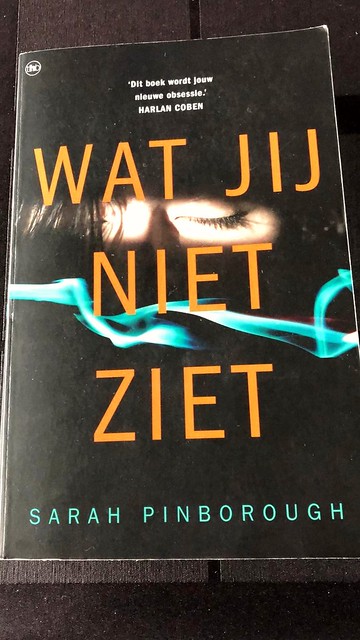 I would categorize this novel as a ‘psychological thriller’. You can’t put your finger on it exactly, but with several characters, you just know they’re up to something and there’s more than meets the eye.

But I won’t say too much as on the very first page of the book, the writer makes it clear that one does not simply give away spoilers when talking or writing about this book. And indeed, if I had known the plot before, it would have been such a let-down. So if you really want to know how this story goes, you’d better find the time to read this book… Believe me… you won’t be disappointed!!

But I will share my thoughts on this book, considering my words as I don’t want to reveal too much about this stunning novel… because that’s what I think of it… stunning! Intriguing & fascinating, addictive & surprising.

I like the style of writing, which is very fluent and I’m curious to read more from this author.

Near the end of the second part of the book, I was hoping for a bit of a plot twist and boy, did part three deliver on that wish!! The suspense really built up in that last part and I just couldn’t put the book down…

You can tell I enjoyed reading this book and I am sure you will as well!

Behind her eyes – The book club

Below you can read some of the questions our book club discussed:

Behind her eyes – Score

Next time we will read ‘Tara Road’ from Maeve Binchy. This is my choice so I’m curious what the other book club members will think about this novel!

One thought on “Books ‘n Blogging: Behind her eyes – Sarah Pinborough”