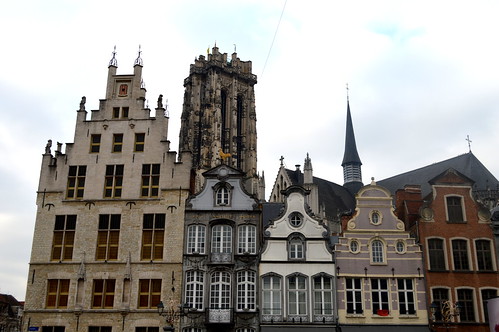 A couple of weeks ago my husband and I went to Mechelen to have brunch and do some shopping. It had been years since I visited the city… A long long long time ago, I went to school in Mechelen. After graduation I visited the city about once a year with a  school friend of mine. As we didn’t see eachother very much and as all this happened in a time period without Facebook or any social media (yes I have known those times!!!) these visits to Mechelen were mostly about catching up instead of  actually visiting the city.

We usually had a loooong lunch (to do that so needed catching up), we did a bit of shopping and then we went to a tearoom to catch up some more. But since that friend has moved to Canada now many years ago, my visits to Mechelen have reduced to zero…

Now last year I had to go Mechelen for my work and I was really surprised with how much the city had changed over the past years. So when our kids gave us a voucher to have breakfast/brunch, I suggested we’d go to Mechelen. It’s less than half an hour by car, the city isn’t very big, so perfect to have our brunch and do a bit of sightseeing and shopping! 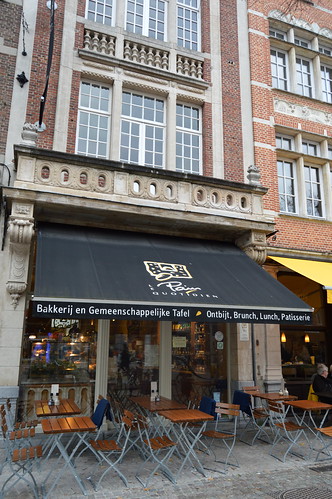 The first store opened in Brussel in 1990, but now there are more than 200 stores all over the world. You’ll find fresh bread, bio products and the warm, communal feeling in each and every one of these stores. Want to know more about Le Pain Quotidien?  Click here!

“My idea was simple, having a place where I can feel home… away from home” – Alain Coumont (founder and chef from Le Pain Quotidien) 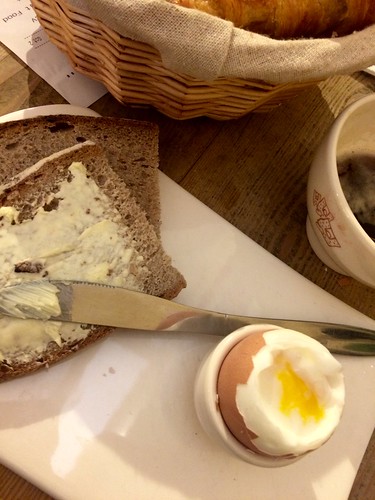 After finishing our delicious brunch, we decided to have a look around Mechelen. We quickly encoutered the St-Rumbold’s Cathedral (St-Rombouts) and I really wanted to take a look inside. Now my husband is not really into churches (understatement of the year!), but the good guy he is, he let me take a look inside 🙂 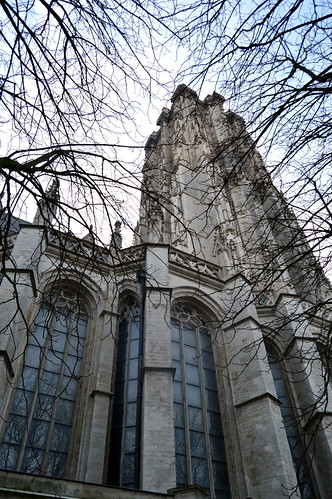 Construction on the St-Rumbold’s church began at the beginning of the 13th century. During the final phase (1450-1520), the tower was erected. Due to financial reasons, the spire was never finished leaving it flat-topped. It makes it easy recognizable though!

Since 1559 the church functions as cathedral. It is now a World Heritage monument and attracts many visitors each year. The tower can be climbed (514 steps!) and the Skywalk offers amazing views towards Antwerp and Brussels. Every week there are several carillion concerts and the tower also houses Peregrine falcons.

We didn’t climb the tower though, but I did walk around the cathedral which has many treasures. I admired the art, paintings and stained-glass windows and for only 1 EUR I was allowed to take a walk around the cloister.

Underneath some pictures, I tell you a bit more on what I saw during my tour of the cathedral. 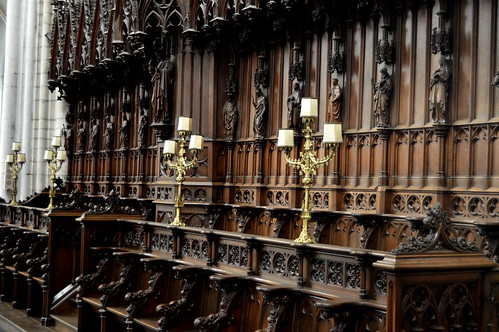 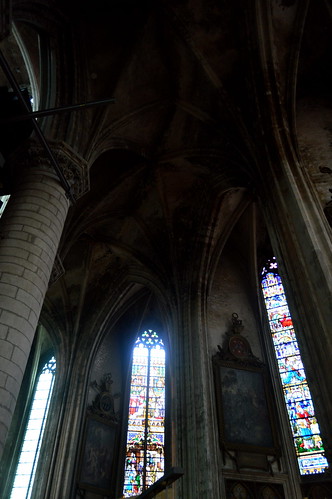 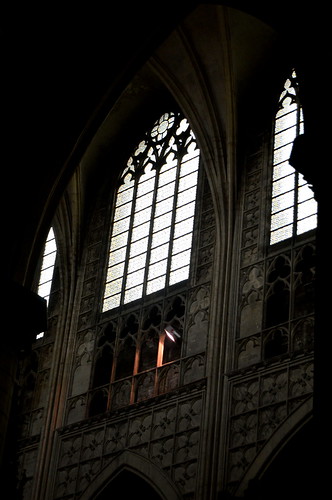 After our visit to the St-Rumbold’s Cathedral, we walked around the market place with it’s city hall. 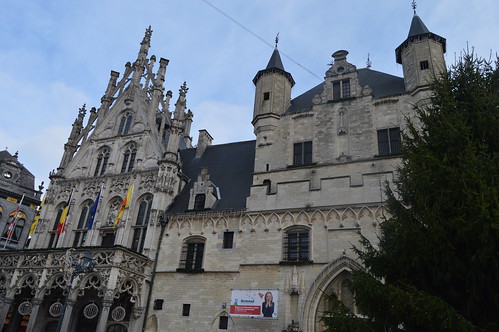 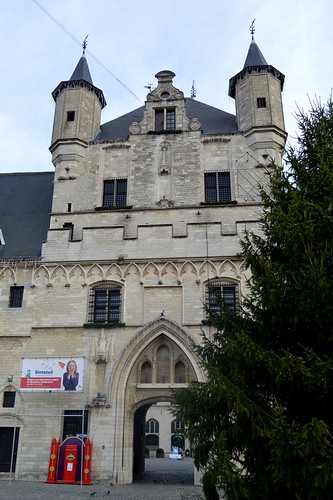 We ended our visit to Mechelen with a bit of shopping in the centre of the city and we  promised to be back some time soon as Mechelen has much more to offer!

Do scroll all the way down as there are heaps of pictures!

Here you can read a travelpost about another smaller town in Flanders, Sint-Niklaas. 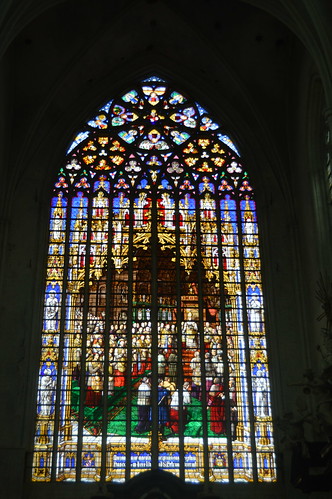 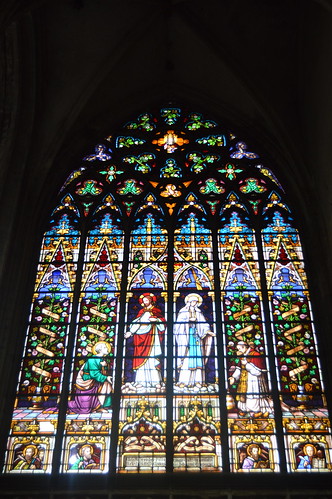 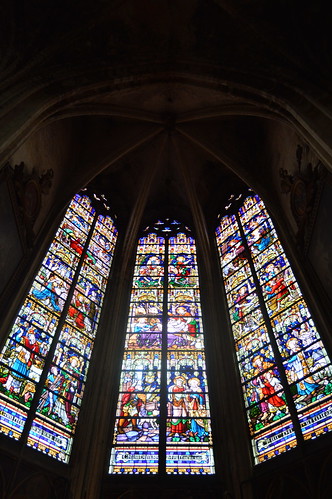 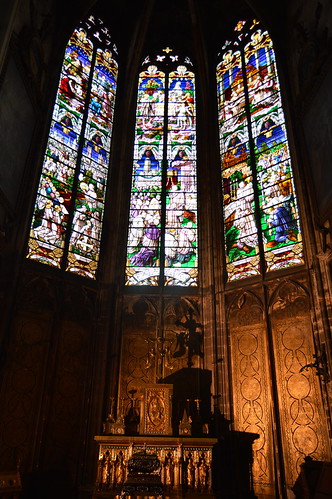 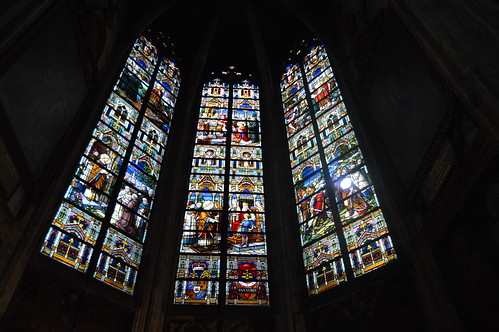 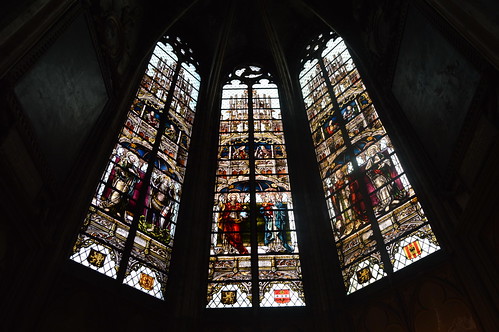 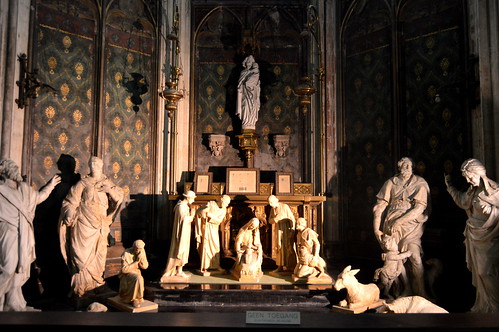 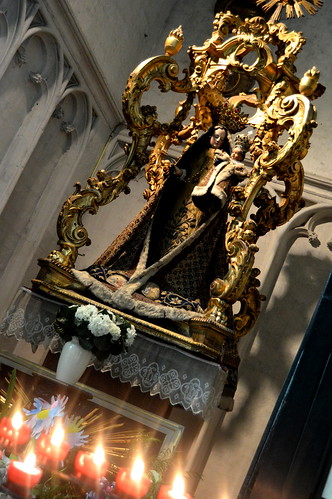 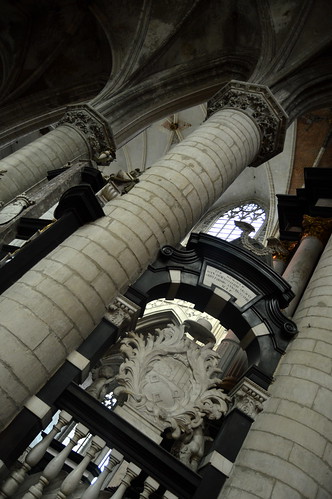 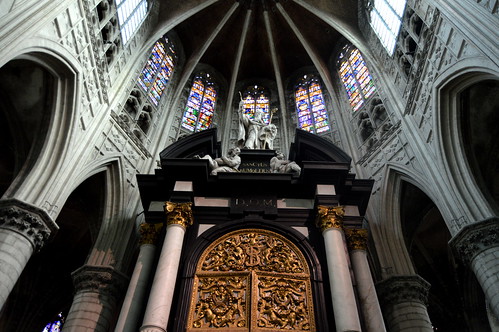 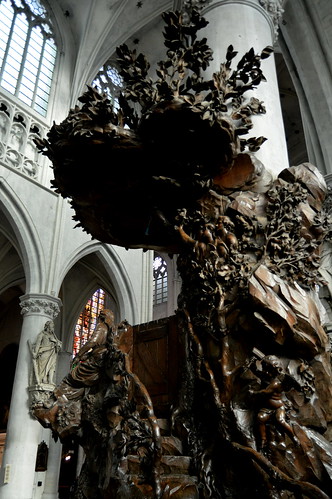 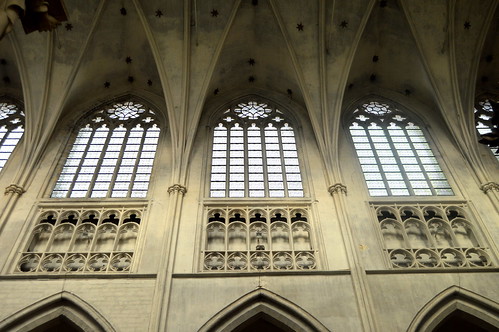 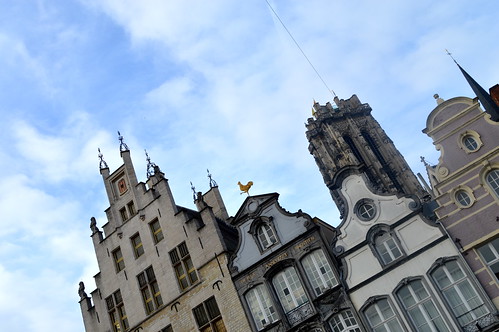 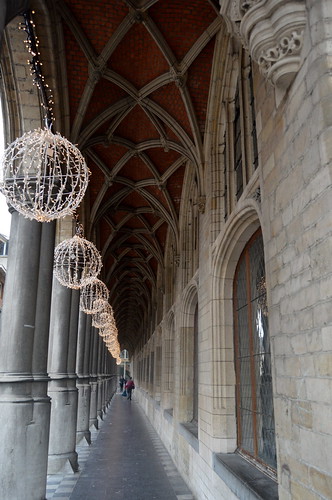 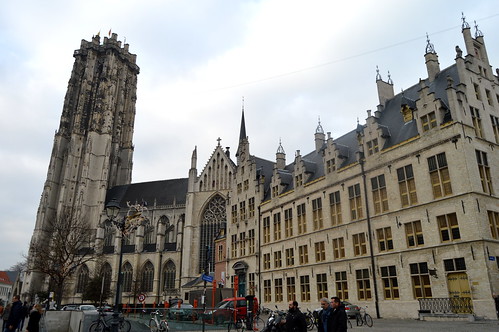 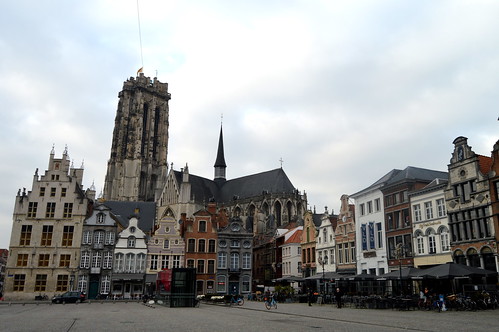