For today’s book review, I will tell you a bit more about Benedict Wells’ novel ‘Becks Laatste Zomer’. I couldn’t find the English title, so I guess this book isn’t yet translated, but you could translate the title in ‘Becks’ final summer’.

This is a book I bought at the Antwerp Book Fair a couple of months ago (to see which other books I bought, see this post!).I didn’t have to read this for our book club, but I want to tell about this book anyway 🙂 It’s the debut from Benedict Wells, the author of ‘The end of loneliness’.

I couldn’t find an English summary, so I tried to translate the Dutch one I could find on Goodreads:

“Robert Beck once wanted to become a musician, but he ended up in a secondary school as a teacher. Now that he’s approaching the age of forty, his life is becoming more and more difficult for him.

Until he gets the outsider Rauli Kantas in the classroom, whose voice and guitar playing are supernaturally good. Beck decides to take care of him, but not entirely selflessly: as a discoverer, manager and songwriter of Rauli, he hopes that his big dream, a brilliant career in music, will still be fulfilled. But just like Beck, the enigmatic Rauli also has his secrets…

A summer begins in which everything seems possible – and everything is at stake. The search for a label is more difficult than expected, Beck’s relationship with the student Lara is threadbare and his best friend, the German-African Charlie, attracts problems.

All the characters are on their way to discover themselves and that doesn’t always turn out as they thought. In the end, Beck has to decide how much he really lives for his freedom.

Beck’s last summer is a road novel, a universal story about music, love and life – funny, wise and touching.” 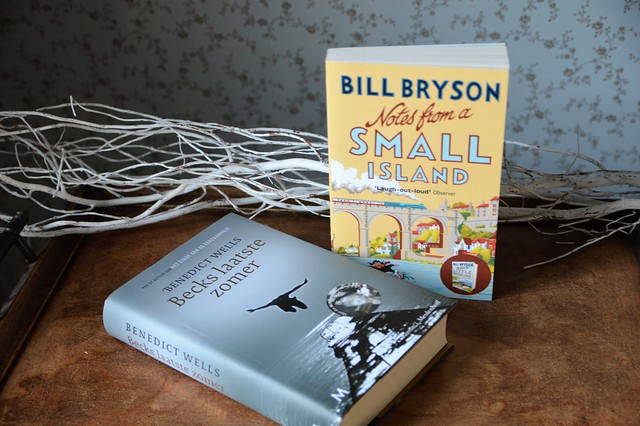 My thoughts on this book

This book tells the story about Robert Beck and the people close to him: his pupil Rauli, his friend Charlie and his girlfriend Lara.

The style of writing is very fluent and the short chapters (all with names of songs of Boby Dylan) make it easy to digest. But it was written in a very simple, straightforward way. This resulted in the fact that I didn’t really connect with the protagonist or any other character.

During the first part you get to know Beck and the how’s and why’s of his interest in Rauli. We also get to know Charlie, the weird, drug-addicted friend of Beck and Lara, Beck’s love interest. Beck has never had a serious relationship, but Lara really sparks him up.

At the end of the first part, I felt the writer was a bit lost with the story. It dragged on for a bit and I was really hoping for some plot-twisting… and that’s just what I got! Because during the second part, the story makes a rather unexpected turn, for the better that is.

Beck, Charlie and Rauli go on a roadtrip to Turkey as Charlie wants to visit his family. A lot of unexpected things happen during that trip from Germany through the Eastern Europe of the early nineties.

I gave this book 3 stars on Goodreads. I have mixed feelings about it… I didn’t think it was bad, far from it, but I am not over enthusiastic about it either. I also think it’s a very masculin book and I guess the straightforward style of writing has got something to do with that.

Overall, a pleasant read… but I guess I expected a bit more from it!