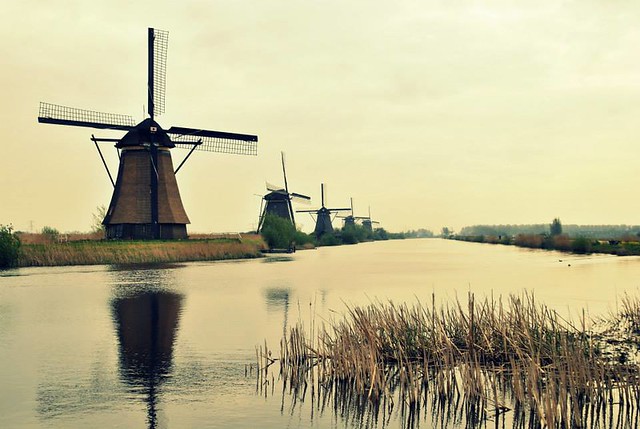 We started our day at Kinderdijk, a village in the province South Holland. It is only about 15 km of Rotterdam and it is particularly known for the many windmills. This place can get really crowded during the day, so if you want to avoid the masses and if you want to find a place to park your car, I advise you to go early! We went on a weekday in April, we arrived before 10 am and we were the last one to have a place on the nearest car park… There are also lots of tourist buses, dropping off Chinese, American, English, German,… tourists. Besides the people working in the visitor center, we didn’t hear a single word of Dutch!!

Kinderdijk is situated in a polder. In the 18th century a system of 19 windmills was set up to drain this polder. Nowadays, two pumping stations arrange the main water works but the windmills remained and are now a popular tourist attraction. Because of the vastness of the place, the many windmills and the beauty of the landscape and moors, Kinderdijk is enlisted on the Unesco World Heritage Site. 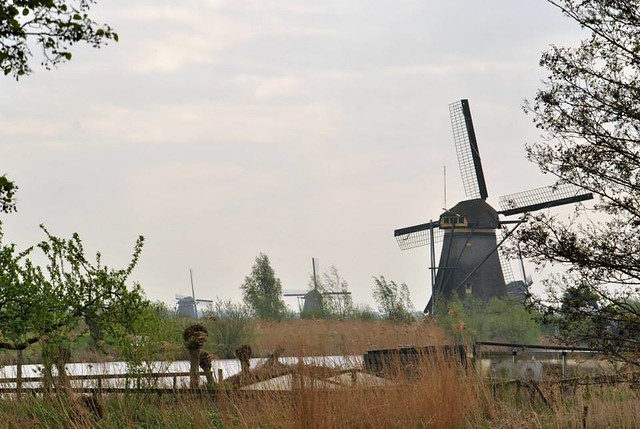 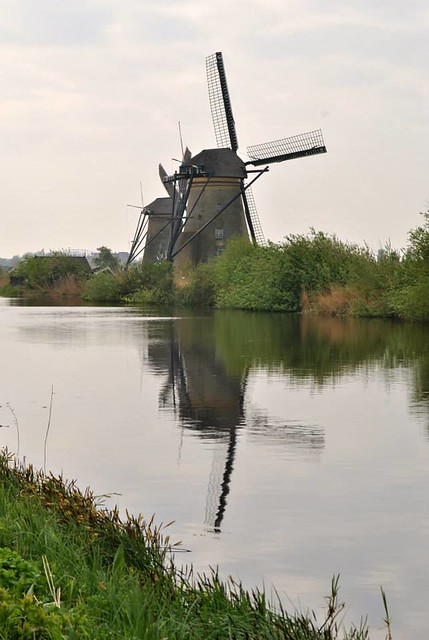 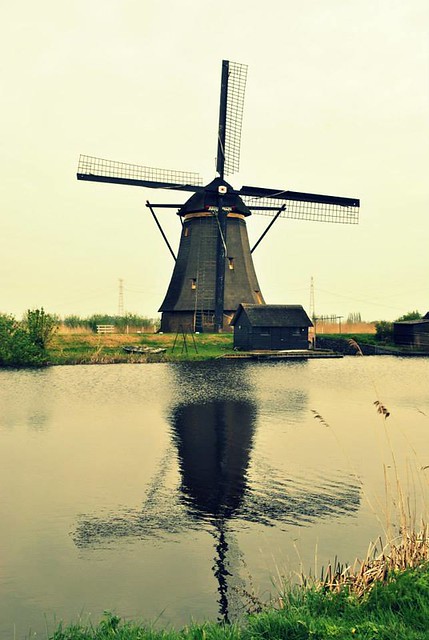 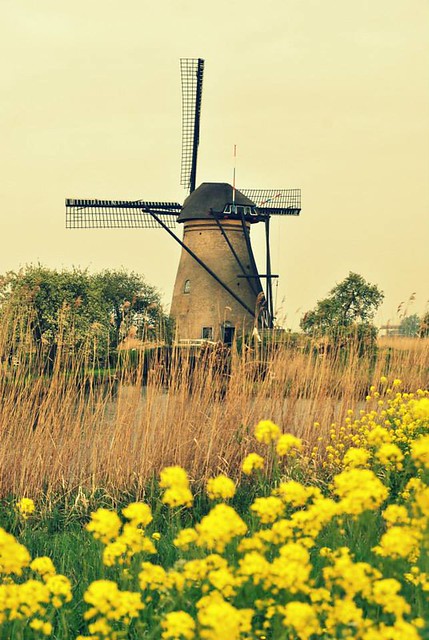 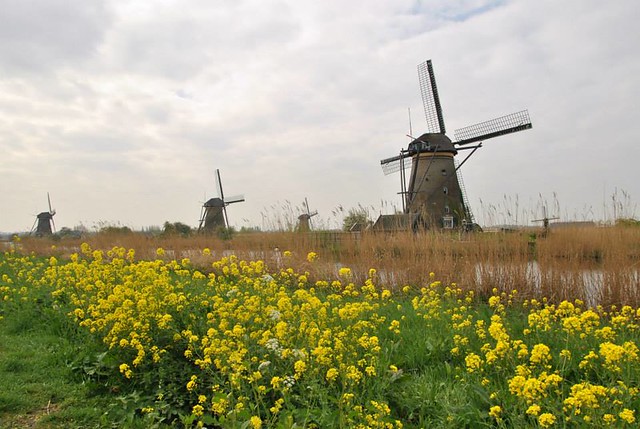 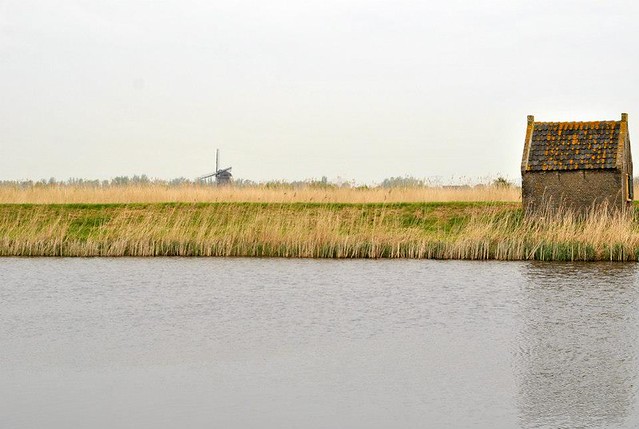 There are different kinds of mills (brick mills, wooden mills,…). One of them houses a museum which brings you back to the life of a miller in the 1950’s. Most windmills are still lived in, so when visiting the site you have to respect the privacy of the inhabitants. 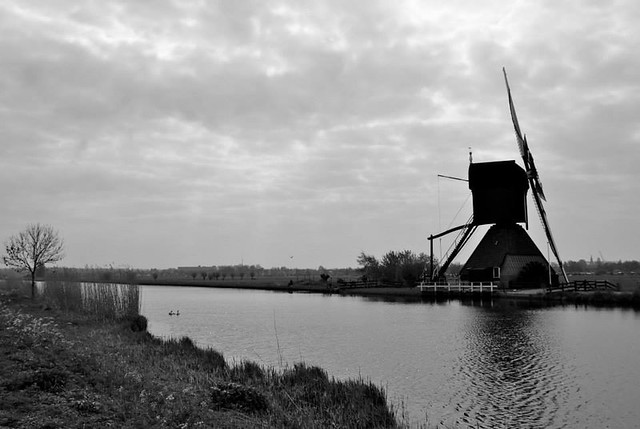 We explored a good part of the site on foot, having a picknick on the borders of the canal. There are also several bike trails you can follow.

On our way home, we made a quick stop in Dordrecht.  This town has heaps of old winding streets, canals, bridges,… well, most Dutch towns seem to have those! Dordrecht also has a recreational harbour where boats are moored, ready to explore the many canals and rivers in the neighbourhood.

I wish I could tell you more about this beautiful Dutch town, but we only did a quick stroll through the town and had diner in one of the many brasseries. I really want to visit Dordrecht again and take some time to climb the tower of the church to admire the views and visit the Simon van Gijn Museum… so little time, so many places to explore!

Here you can read about another Dutch town : Amersfoort! 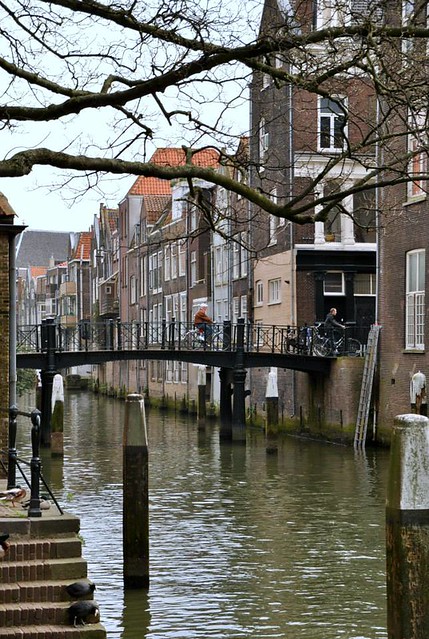 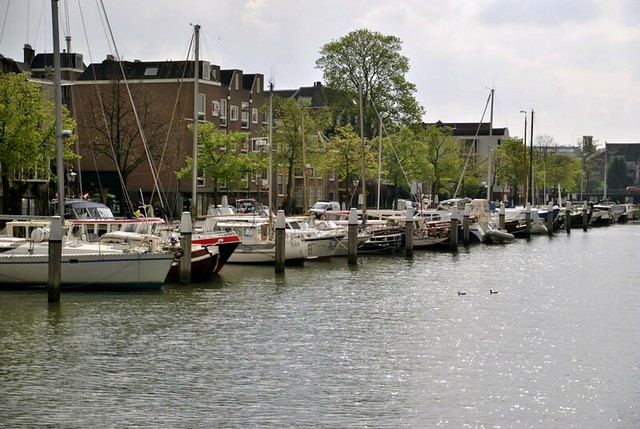 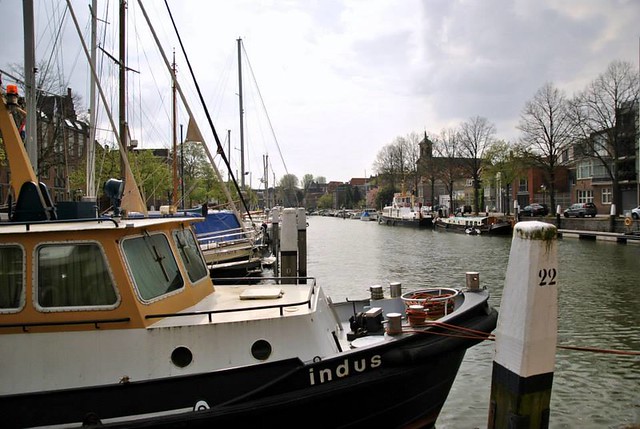 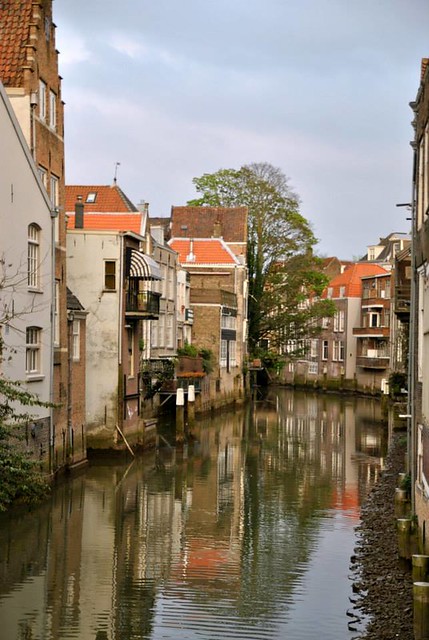 4 thoughts on “Holland: Kinderdijk (and a tiny bit of Dordrecht)”