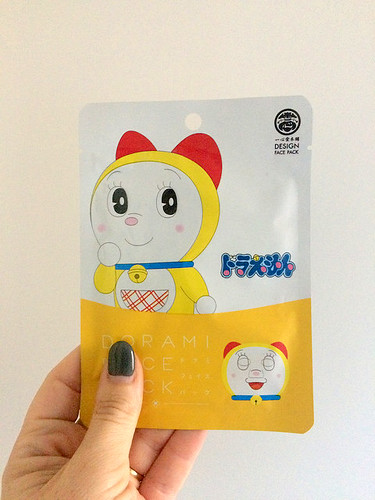 A couple of weeks ago I got this crazy face mask from a colleague. Her husband got it from some Japanese work relatives and she didn’t want to use it herself… I did of course, so here we go…

Now apparently this face mask is typically Japanese. It is inspired by the Japanese manga figure Dorami who is said to be responsible, helpful, kind, sweet, friendly, cute and sensible (keep it coming I’d say!!). After a bit more research I found out that she’s a robot (now it becomes awkward) and a neat-freak (don’t get me started on thàt one!!). 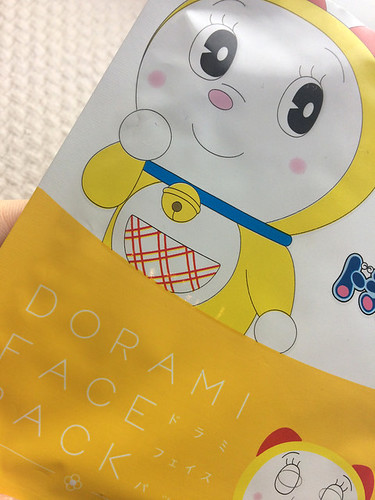 Anyway… after reading the instructions carefully (!) I took the facemask out of the package. The smell was actually really nice… it definitely had some rosewater in it as I could see on the ingredients list 🙂 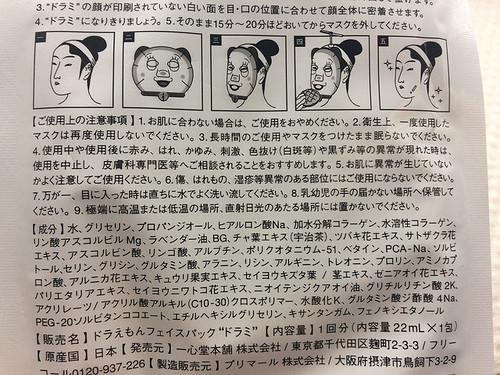 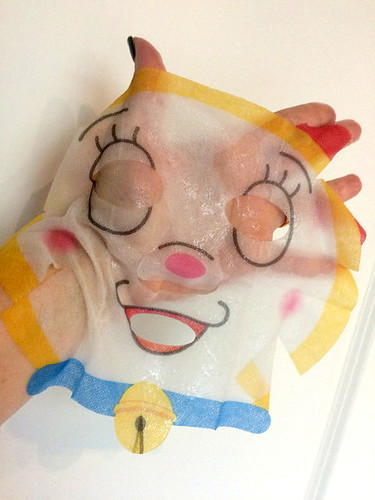 I was a bit anxious putting on the facemask as I was afraid I’d react allergically, but none of that… it actually felt quite nice and fresh! After having some fun taking pictures and showing myself to my husband (who found it hilarious) and my son (who was probably thinking they’d put me in a straightjacket with a one-way ticket to the psychiatric ward…)  I took off the mask. My skin felt hydrated and soft, can you believe it?! 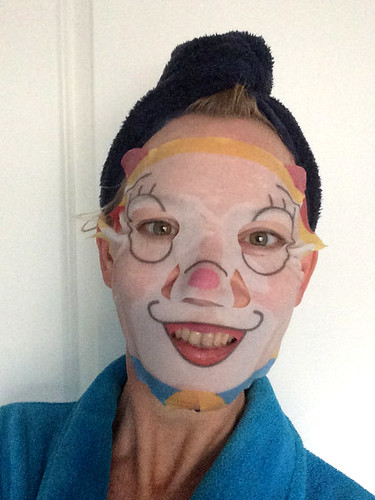 On this first picture you see my face bare… completely fresh and hydrated after my facemask. 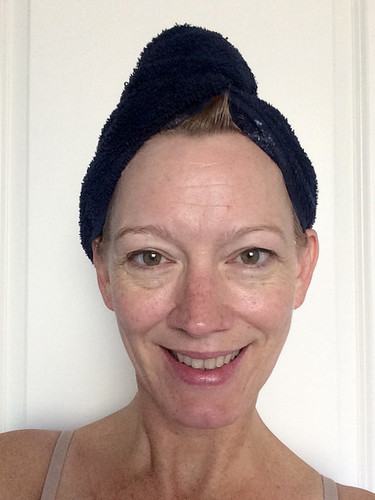 The first step of this make-up consists of concealer. I have bought this new one of which you can read a review in a couple of weeks time. It’s the budget-friendly Catrice Liquid Camouflage. I put a bit underneath my eyes and on my nose, cheeks and chin. 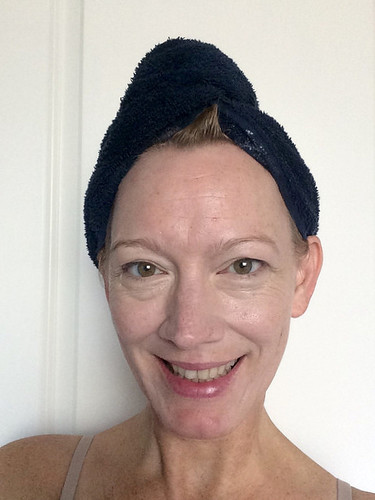 After putting on my concealer, it’s time for foundation! Also from Catrice (actually I bought these two products together in a promotion for under 7 EUR!). It’s the Catrice HD Liquid Coverage of which you can also read a review soon. The colour matches my skin well I think. 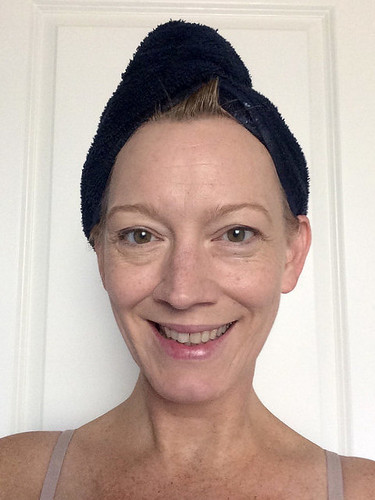 On this photo I have added some blush (the Essence mosaic blush of which you can read my thoughts here), some powder (the MUA Pro-Base Prime & Conceal Powder which I reviewed recently) and I defined my eybrows with the Maybelline Brow Drama (review).

For this eye make-up (which you can see on the picture below) I used:

Oh… and I changed my twist towel for a brushing 🙂

So there you have it… a crazy face mask followed by quite a natural make-up. I hope you like the ‘after’ better than the ‘before’ 😀

Here you can see a party make-up. 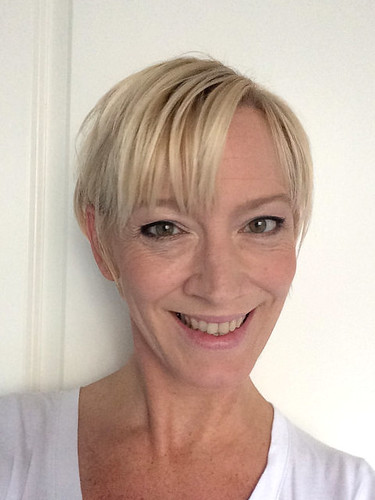 4 thoughts on “Beauty ‘n Fashion: A crazy face mask and a make-up of the day…”