A final book review of our Book Club reads of 2018… let me tell you more about ‘Angela’s Ashes’ from Frank McCourt!

“Imbued on every page with Frank McCourt’s astounding humor and compassion. This is a glorious book that bears all the marks of a classic.

So begins the Pulitzer Prize winning memoir of Frank McCourt, born in Depression-era Brooklyn to recent Irish immigrants and raised in the slums of Limerick, Ireland. Frank’s mother, Angela, has no money to feed the children since Frank’s father, Malachy, rarely works, and when he does he drinks his wages. Yet Malachy– exasperating, irresponsible and beguiling– does nurture in Frank an appetite for the one thing he can provide: a story. Frank lives for his father’s tales of Cuchulain, who saved Ireland, and of the Angel on the Seventh Step, who brings his mother babies.

Perhaps it is story that accounts for Frank’s survival. Wearing rags for diapers, begging a pig’s head for Christmas dinner and gathering coal from the roadside to light a fire, Frank endures poverty, near-starvation and the casual cruelty of relatives and neighbors–yet lives to tell his tale with eloquence, exuberance and remarkable forgiveness.

Angela’s Ashes, imbued on every page with Frank McCourt’s astounding humor and compassion, is a glorious book that bears all the marks of a classic”

I loved this book, which is based on Frank McCourt’s childhood. The style of writing is fluent and I never got bored with the story…

Now about this story… it is so harsh, depressing and heartbreaking! But as Frank McCourt tells this story as his own 4-5-6 year old self, it never gets too deep. He keeps it ‘light’ as he writes it through the eyes of a child. Even though this child undergoes sincere poverty, misery and hunger, it never loses its naivity. And that is exactly the tone of this book: naive, innocent, childlike without it being childish mind!

This book reads like a train and even though Frank has a miserable childhood, it is a hopeful read as he tries to build up a better life for himself.

Apparently there is sequel to this novel, which I will probably read the coming year or so… I really want to know what this Frank McCourt made out of his life even after having such a tragic start!

Overall scores of the books we read in 2018 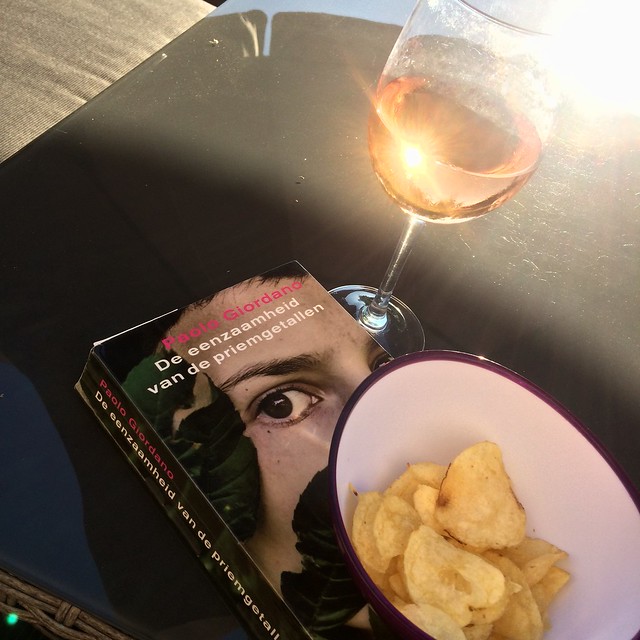 Below I list all overall scores of the books we read in 2018 for our book club. Some scores may differ from the overall score you see in the reviews, but after reading all books some of us have changed scores…

Personally, I gave ‘the solitude of prime numbers’ the highest score (8,5/10).

In the next book club blogpost, I will tell you all about the books we have chosen to read in 2019… can’t wait to share this with you!